Bayern Munich must be ‘prepared for everything’ vs Sevilla

Arjen Robben is wary of the threat posed by Sevilla as Bayern Munich aim to protect their 2-1 lead in the second leg of their Champions League quarter-final.

Jupp Heynckes’ side secured their sixth successive Bundesliga title at the weekend and are expected to book their place in yet another European semi-final at the Allianz Arena on Wednesday night.

But Robben, who scored the winner in the 2013 final, is aware of what Sevilla are capable of having watched the Spanish outfit win 2-1 at Manchester United in the previous round.

He was quoted as saying by fcbayern.com: ‘We can be really pleased with the result from the first leg. Winning 2-1 away from home is great, but it’s only half-time. Anything can happen in football.

‘We have to be prepared for everything and concentrate in particular on ourselves. We won’t be playing for a draw. We always play to win.

‘You always need top performances in the Champions League, and the same goes for Wednesday.’ 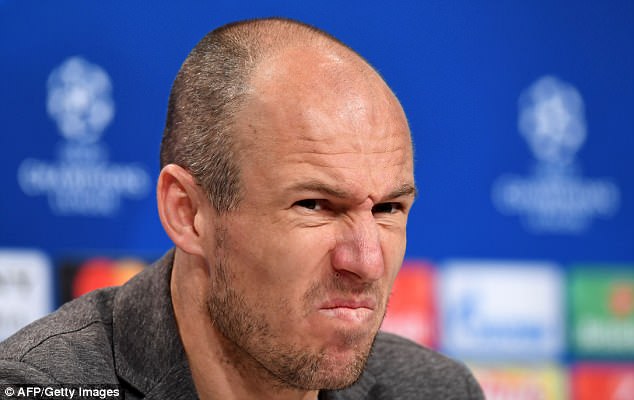 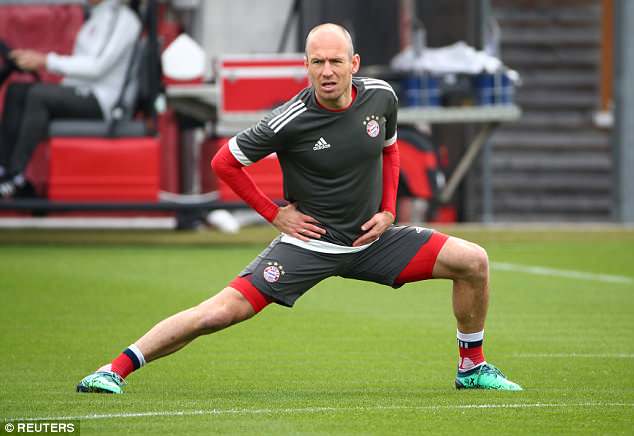 Sevilla, who are are seventh in LaLiga, took the lead in the first leg but have it all to do in Germany after conceding two away goals.

Coach Vincenzo Montella said at his pre-match press conference: ‘It’s not mission impossible. We can achieve it if we believe it’s possible.

‘We want to play as we always do, as we did in the first leg. We have to work hard, be compact, strike a good balance, create chances and be clinical in front of goal.

‘It’ll be crucial to keep a clean sheet. We need patience and of course a bit of luck.’