Bayern Munich wonderkid Alphonso Davies signs new contract until 2025… as he and the club’s board pose for photos to celebrate deal while wearing face masks!

Bayern Munich starlet Alphonso Davies has signed a new contract with the club that is set to run until the summer of 2025.

Due to the coronavirus pandemic, Davies wore a face mask as he posed for photos to celebrate signing the deal.

The 19-year-old left-back has enjoyed a hugely impressive season so far and has caught the eye in the Champions League. 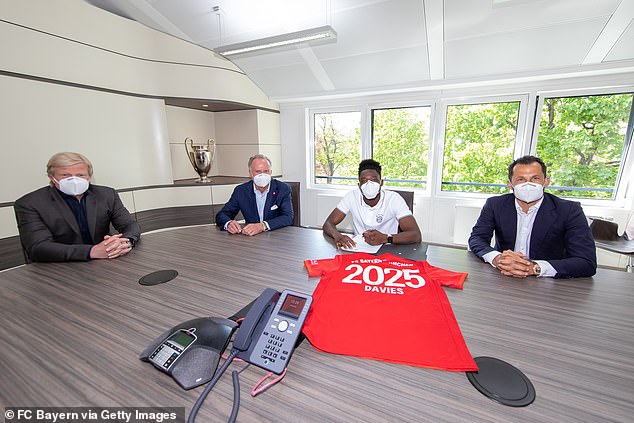 As a result of the coronavirus pandemic, Davies wore a face mask as he posed for photos 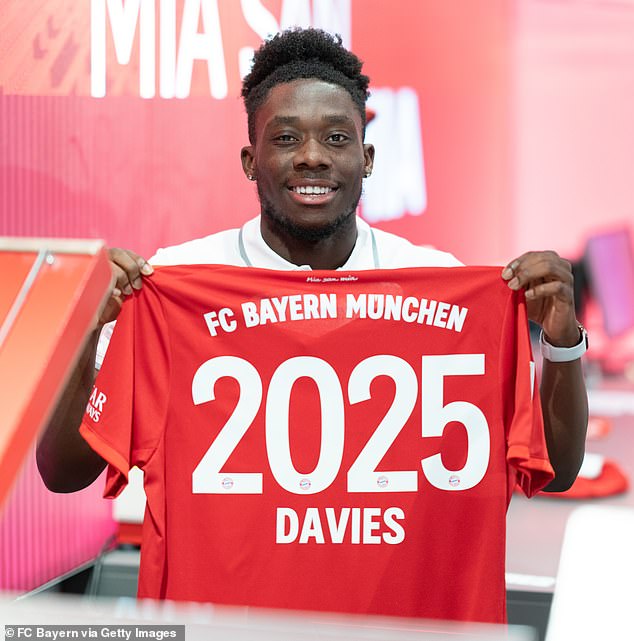 The Canada international, who joined from Vancouver Whitecaps, has impressed for Bayern

Last season Davies was involved with the senior side but also featured for Bayern’s reserve team at times.

This campaign he has stepped up to the first-team on a full-time basis and has cemented his status as one of the most exciting young players in world football.

In addition to being impressive defensively, Davies has also impressed going forwards and has produced some impressive crosses.