The stars of Bayern Munich were suited and booted early on Monday morning as they made their way to Spain ahead of a Champions League quarter-final clash against Sevilla.

Robert Lewandowski and Thomas Muller looked in high spirits as they shared a joke at Munich airport with the latter taking to Twitter to wish his followers a happy Easter Monday.

They appeared to be enjoying the comforts of a private plane as David Alaba shared of video of his spacious seat next to team-mates Franck Ribery and Jerome Boateng. 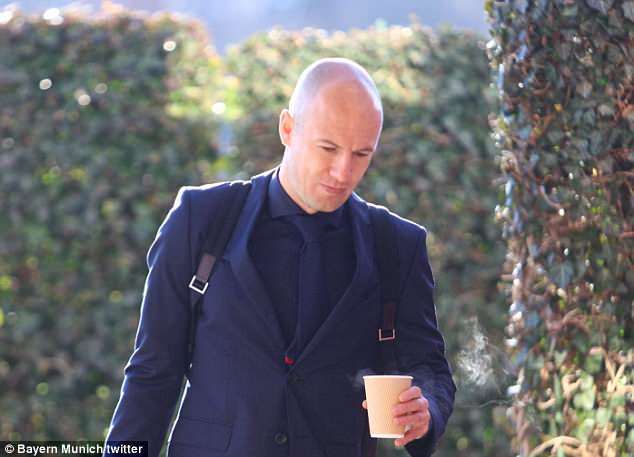 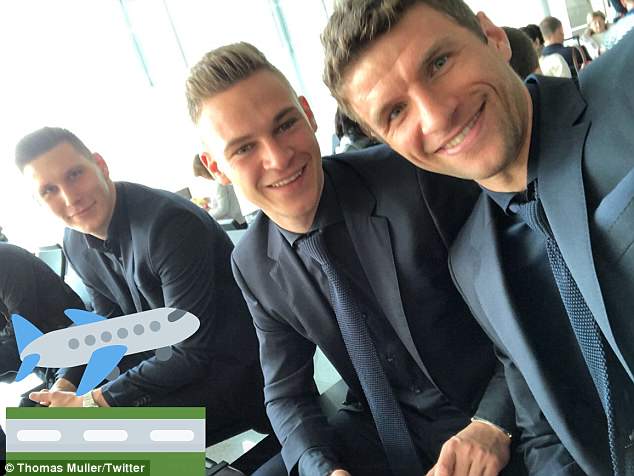 The Bundesliga club have been able to include Arturo Vidal and Juan Bernat in their squad for Tuesday evening’s first leg after the pair passed late fitness tests.

Midfielder Vidal and fullback Bernat both missed Saturday’s 6-0 demolition of Borussia Dortmund with minor injuries as the Bavarians moved to within one win of a sixth straight league title with six fixtures still remaining.

‘They trained on Sunday and declared themselves fit for Sevilla,’ the club said prior to the team’s departure for Spain on Monday.

Head coach Jupp Heynckes will have the luxury of an almost full squad to chose from, apart from injured goalkeeper Manuel Neuer (foot) and forward Kingsley Coman, who has been out with an ankle problem since late February.

The treble-chasing Bavarians, who last won the Champions League in 2013, will host Sevilla in Munich for the return leg next week. 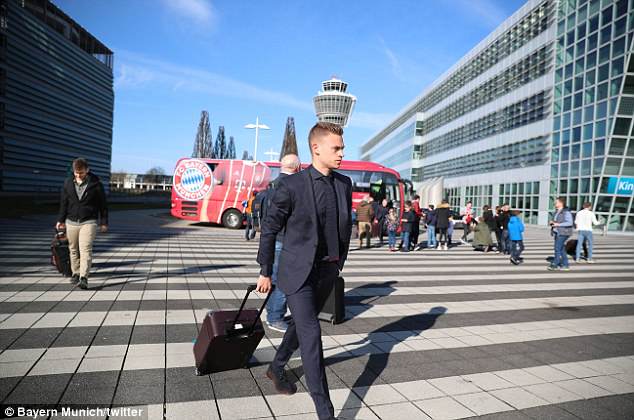 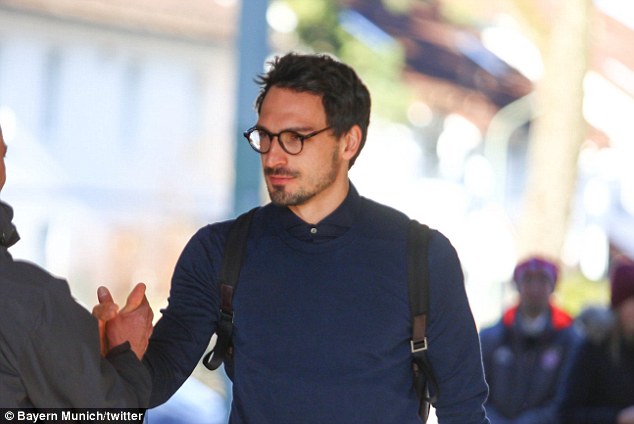