Watch out for the chandeliers! Bayern Munich stars train INSIDE their hotel lobby as Hansi Flick’s players show their delicate touch in workout hours before Champions League semi-final against Lyon

Bayern Munich’s players showed nothing will stop them from being ready to face Lyon in the Champions League semi-finals as Hansi Flick’s side got down to work with some light training inside their Lisbon hotel.

Strict coronavirus protocol rules has reduced the amount of time teams are spending outside of their Lisbon hotel and so Flick’s team worked on their first touch with some drills in what appears to be a conference room at their hotel on Wednesday.

Paris Saint-Germain and RB Leipzig were urged to train away from the Estadio da Luz to protect the surface ahead of Tuesday’s semi-final and both obliged. 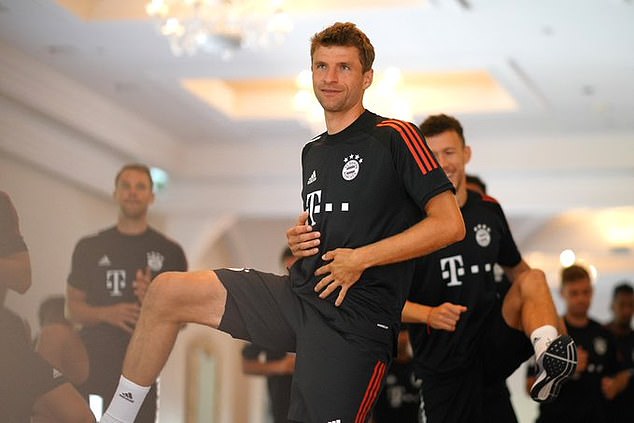 It appears Bayern were under similar instructions from UEFA to protect the Estádio José Alvalade and they got a light morning training session completed at their base in the Portuguese capital.

Joshua Kimmich and Leon Goretzka are then seen captured working on their first touch in a simple one-touch volley exercise. 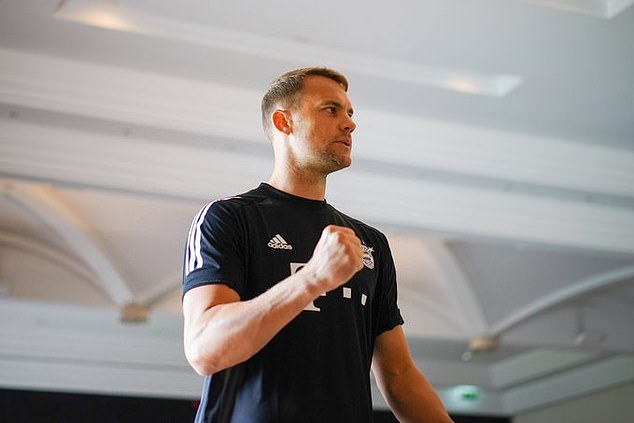 Ahead of the Champions League bubble getting underway in Lisbon, UEFA detailed a number of regulations and recommendations.

Around the issue of hotel accommodation, players are only allowed to leave their hotels with prior agreement from the club.

Players should have private access routes and a private dining area at their facility and the food delivered to the squad should only be served by the team’s own staff.

But even with the stricter rules than what players were used to pre-pandemic in European competition, Bayern’s stars appeared in high spirits on Wednesday morning.

Now the focus is on Lyon who are unfancied on Wednesday following Bayern’s 8-2 demolition of Barcelona, which cost Quique Setien his job at the Nou Camp, 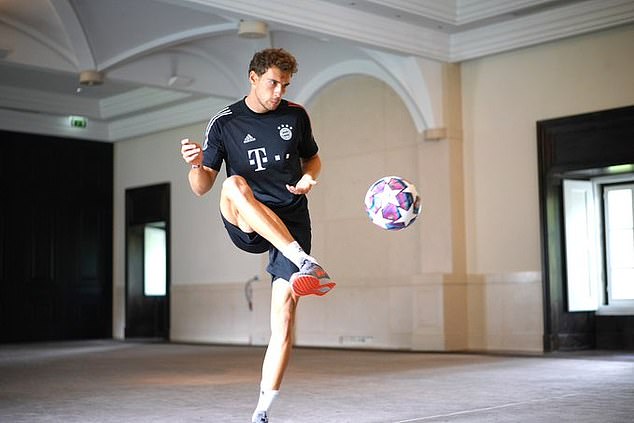 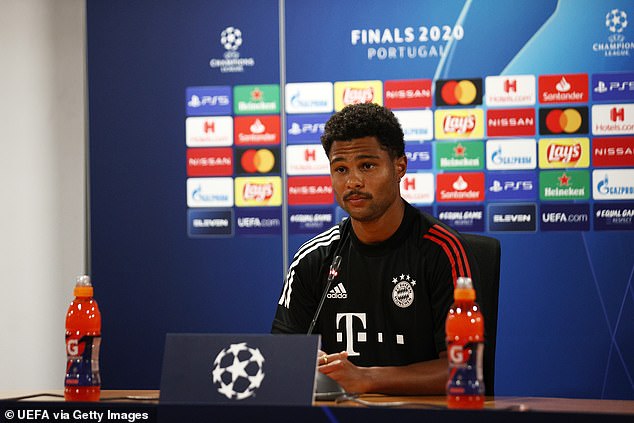 Speaking to the media on Tuesday, winger Serge Gnabry said:  ‘If you look at the match against Barcelona then, yes, it was an exclamation mark – everyone heard about this result.

‘But this a different match. It is a semi-final. They’ll be well prepared, it will be no walk in the park. We have to focus and be ready from the first minute.

‘Every single player was surprised by the result (against Barcelona), we couldn’t believe it, but we want to achieve more. We want to win.’