Bayern Munich train at Parkhead ahead of Celtic clash

Jupp Heynckes has warned Celtic he has the ‘solution’ to Bayern Munich’s attacking injury problems for their Champions League clash on Tuesday night.

Germany World Cup-winner Thomas Muller was already out before the Bundesliga club confirmed that Robert Lewandowski had not travelled to Glasgow after sustaining a thigh injury in the 2-0 win over RB Leipzig at the weekend.

France winger Kingsley Coman is available after missing Saturday’s 2-0 Bundesliga victory with a knee injury and he could partner Arjen Robben in attack either side of a withdrawn No 9. 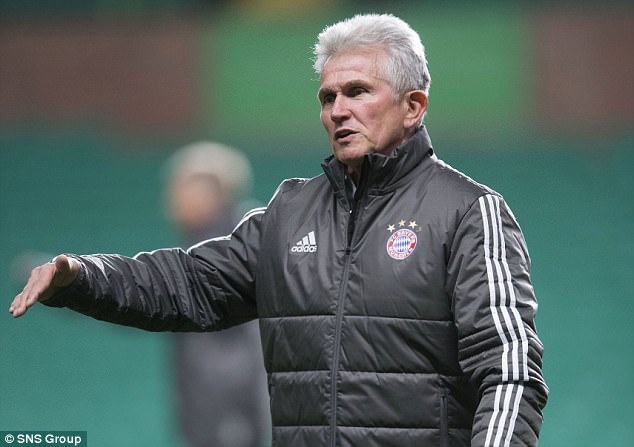 With striker Kwasi Okyere Wriedt not registered for the Champions League, Bayern have included teenage forward Manuel Wintzheimer in their squad while Juan Bernat, Manuel Neuer and Franck Ribery remain on the sidelines through injury.

Before his squad trained at Celtic Park, boss Heynckes kept his options under guard but maintained that he has a plan.

He said: ‘Obviously Muller and Lewandowski being injured was unexpected but I will find a solution.

‘There might be a possibility of playing 4-4-2 but we will make that decision tomorrow. 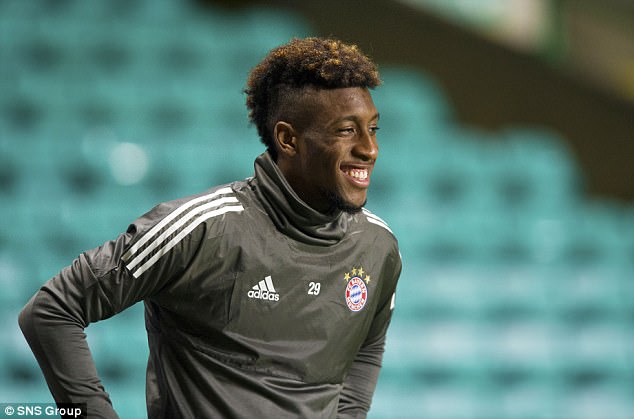 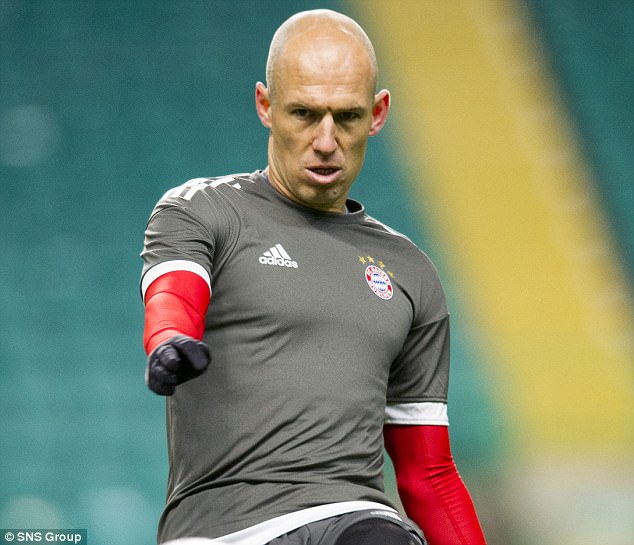 ‘Every team faces difficulties with injuries, many other teams in the Champions League experience the same but we find solutions.

‘While Arturo (Vidal) is very fast and very good up front I have a different plan for tomorrow.

‘I have not worked often with Wintzheimer, I don’t know him well enough and, as I said before, there might be some other solutions.’

Bayern chief executive Karl-Heinz Rummenigge’s assessment of Lewandowski’s omission saw him tell the German club’s official website: ‘If we had played against Real Madrid, he might have gone.

‘The coach does not want to risk anything as Saturday’s game (away to Borussia Dortmund), which is very important for us, is in the back of his mind.’ 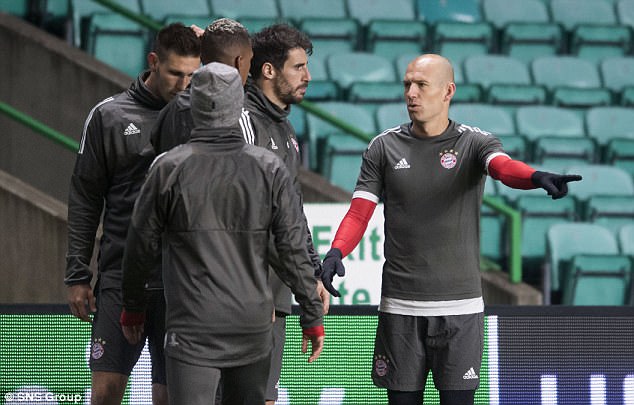 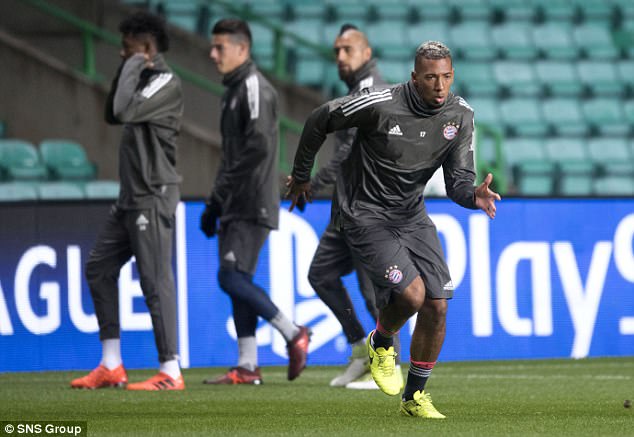 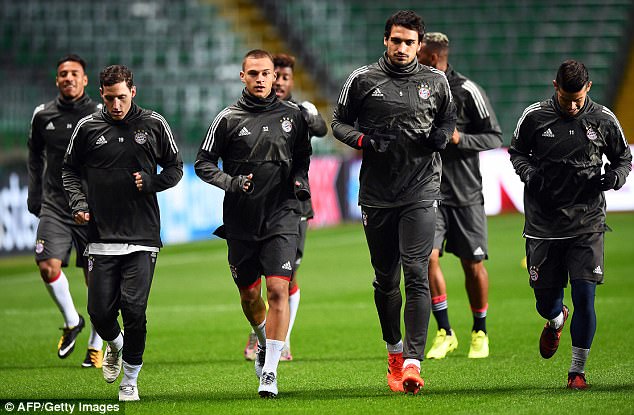 Asked if the remarks could be construed as disrespectful to the Scottish champions, Heynckes said: ‘Rummenigge was a world-class footballer and professional and he has his own opinions.

‘But in my career I have always protected my team and with Lewandowski not being 100 per cent fit it would make no sense to make him play tomorrow.

‘Obviously we have to take precautions. Lewandowski would still be receiving therapy and tomorrow would be far too early for him to play but next week it might be different.’

After three Group B matches Bayern trail leaders Paris St Germain by three points, having lost 3-0 in their encounter in France in September. 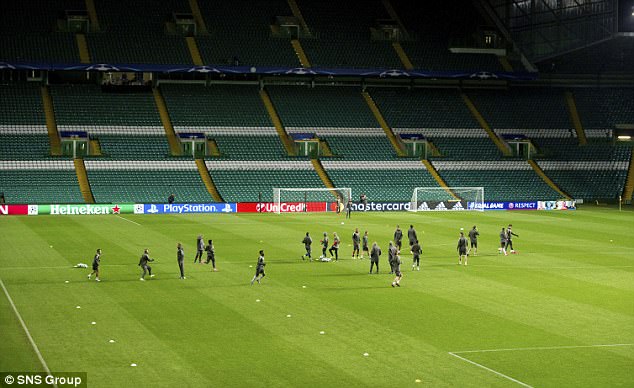 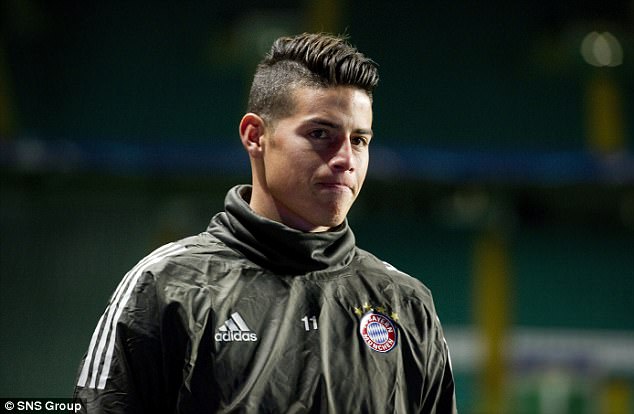 Defender Joshua Kimmich, who scored in the 3-0 win over Celtic in Munich earlier in the month, hopes to keep the sell-out Parkhead crowd relatively quiet to continue the chase of the French side.

‘We are looking forward to a great atmosphere here but our aim is to win – no matter what,’ said the 22-year-old defender.

‘The atmosphere can put pressure on. It will be good but hopefully not too good because that would mean Celtic are winning and obviously we want to win.

‘We want to reach the last 16 and win the group. PSG still have two games to win so we can’t make any mistakes and we think we can beat Paris at home.’