As one of football’s heavyweights, Bayern Munich are accustomed to playing in some of Europe’s finest stadiums.

But the build-up to their Champions League tie with Liverpool on Tuesday night has taken the German team and their multi-millionaire stars into the unknown – Prenton Park, the home of Tranmere Rovers.

Bayern’s players trained there on Tuesday morning as they run through their final preparations before the last-16, first leg fixture at Anfield. 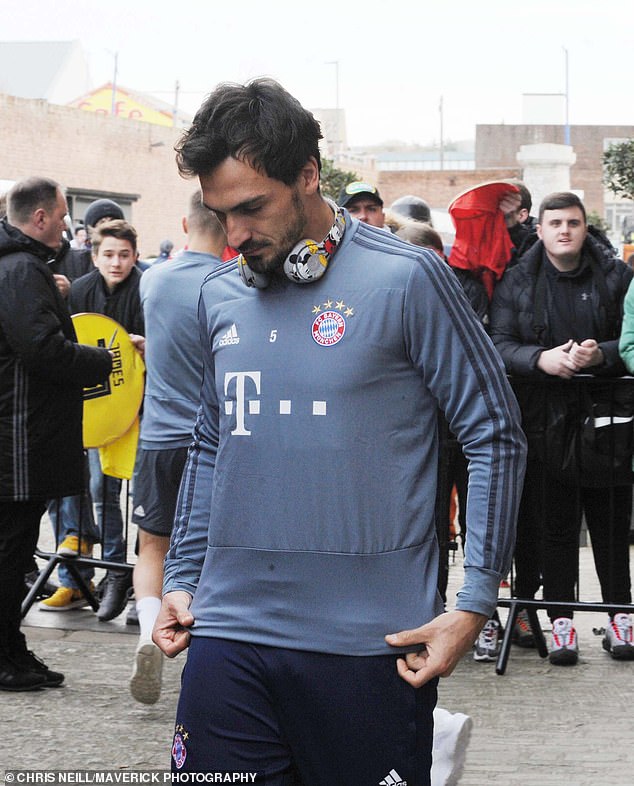 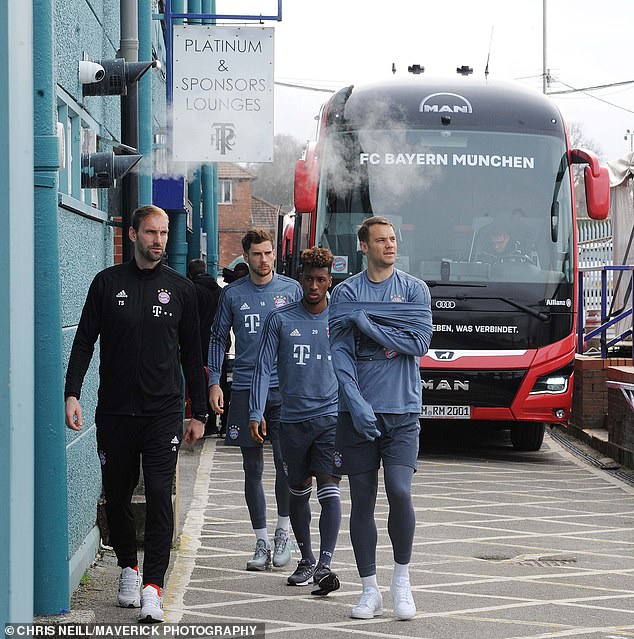 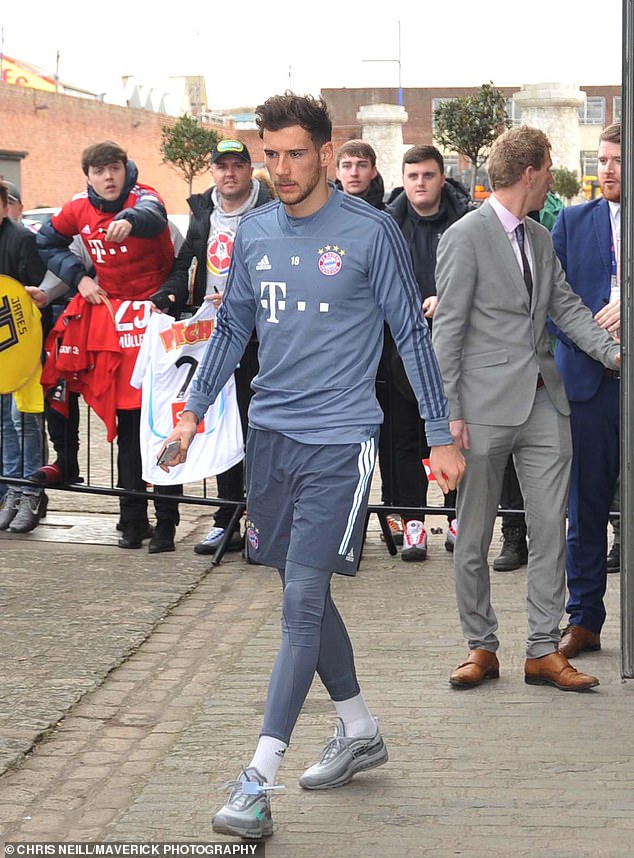 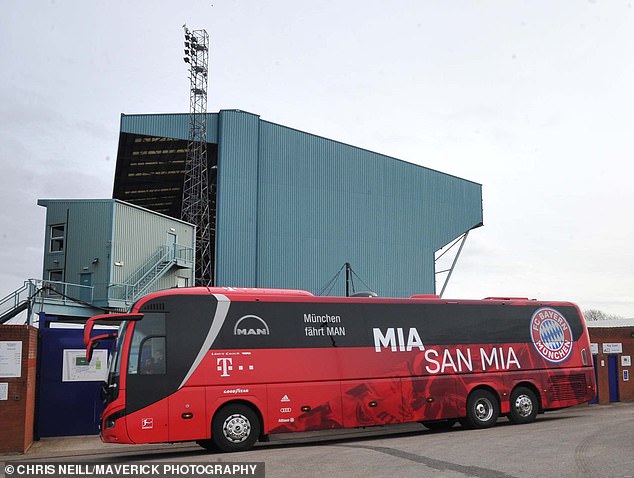 The conspicuous bright red Bayern team coach rolled up outside Bayern’s team hotel at 10am and by 11am they were at the League Two club’s ground.

A gaggle of autograph hunters were gathered in the car park as Thomas Muller, Manuel Neuer and Robert Lewandowski walked in.

Tranmere’s home since 1912 has a capacity of 15,573, about one-fifth of Bayern’s Allianz Arena stadium, and their average attendance this season is 6,036.

Bayern will complete a light training session at Prenton Park ahead of their meeting with last season’s Champions League finalists.

Bayern Munich boss Niko Kovac feels Liverpool are the toughest draw his men could have been handed but has backed the Bavarians to get a positive result at Anfield on Tuesday. 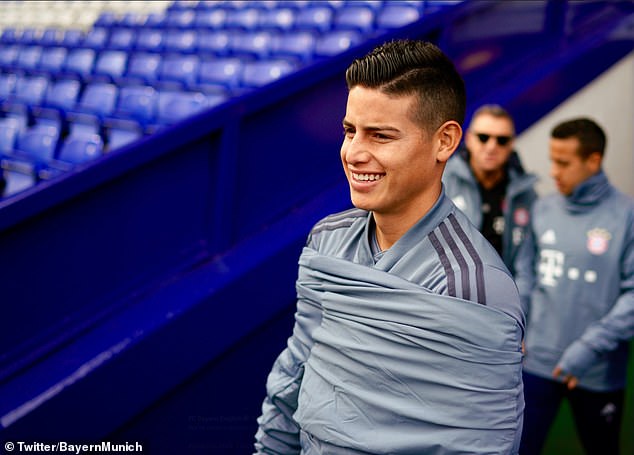 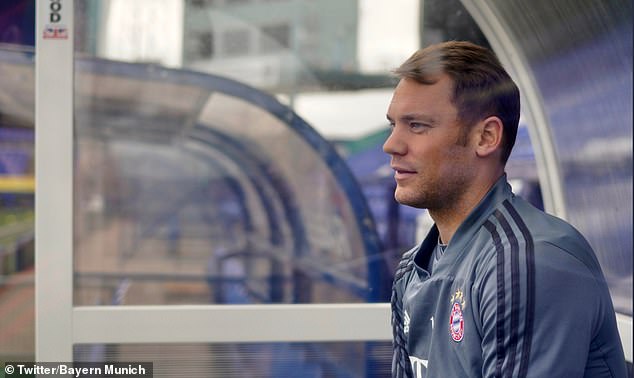 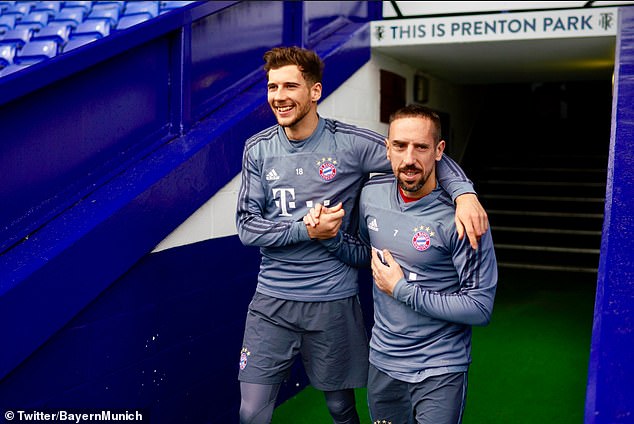 Jurgen Klopp’s Reds were runners-up in the competition last season and are currently second in the Premier League, level on points with leaders Manchester City, who have played a game more.

Kovac said at his pre-match press conference ahead of Tuesday’s match: ‘I want to say once again we are playing tomorrow against an opponent where it is the most difficult draw.

‘If you look at what Liverpool did in the Champions League last season, and what they are doing in the Premier League this season, then you have to say it is the most difficult draw that there is.

‘The atmosphere will definitely be good, but I’m sure my players have gone through a lot of big games with great atmospheres, so that’s not an argument that we shouldn’t be able to compete tomorrow.

‘We just have to get into the game, be focused, stand up to the first attacks and then we’ll try to play our game, and (then) we can get a successful result. 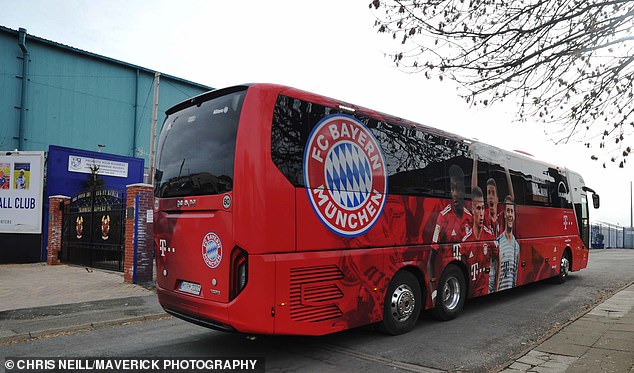 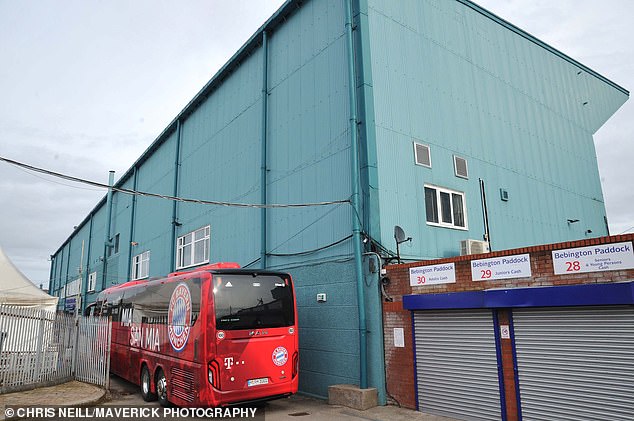 Prenton Park – capacity 15,573 – represented a real change of scenery for the Bayern stars 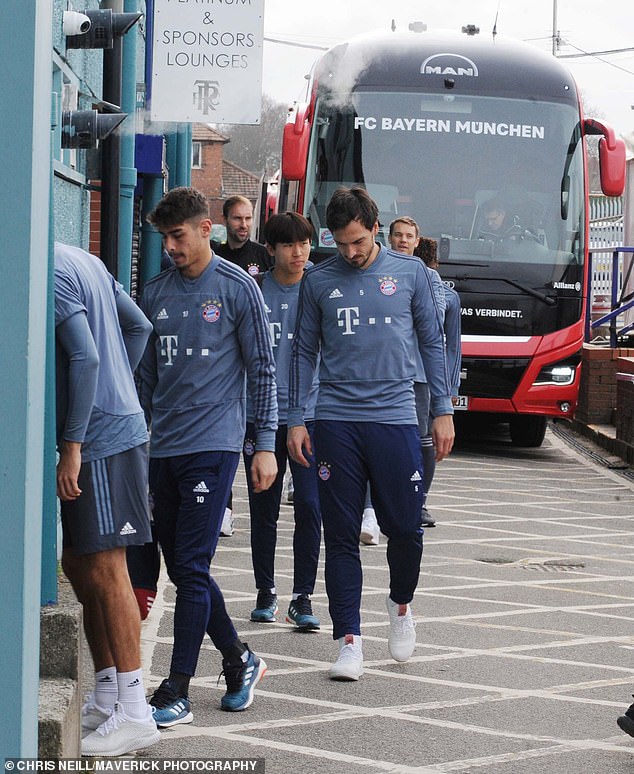 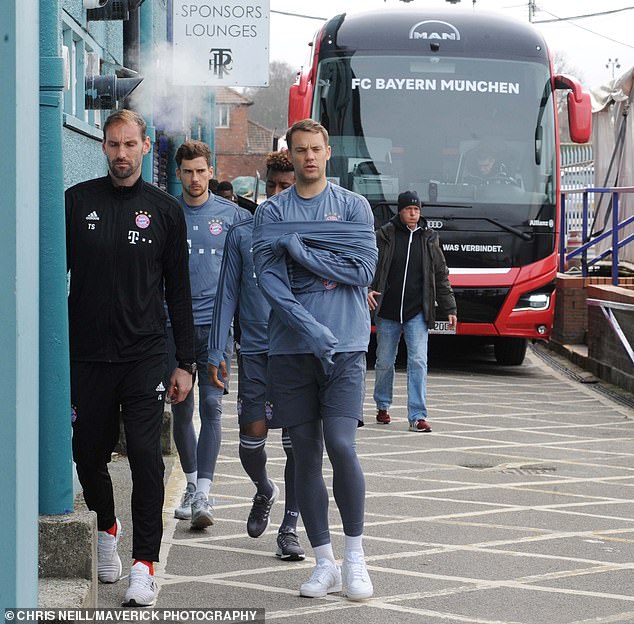 ‘The Champions League is undoubtedly special and tomorrow when the lads leave the hotel or come into the stadium, they’ll know what it’s about, why they need venues like this and opponents like this.

‘I’m completely convinced everybody will be right in the head and produce performances they have to to get a result tomorrow.’

Bayern are currently second themselves, behind Klopp’s old club Borussia Dortmund, in the Bundesliga, which they won last term for a sixth successive season. They exited last year’s Champions League in the semi-finals.

The visitors look set to be without Jerome Boateng on Tuesday, the defender having been hit by gastroenteritis and not travelled with the squad.

Winger Franck Ribery is another player who did not come across from Germany with his team-mates on Monday, following the birth of his daughter during the night, but he was due to arrive ahead of the match.

It appears Kingsley Coman, who scored twice before coming off with an injury in Friday’s 3-2 win at Augsburg, will be available.