Bayern Munich would reportedly be willing to sell Robert Lewandowski this summer, if they are able to find a replacement for the prolific Polish striker.

The 33-year-old admitted after Bayern’s 2-2 draw with Wolfsburg on Saturday that he had told the club he will not be signing a new deal.

Lewandowski has been heavily linked with a move to Barcelona, with manager Xavi hoping to land a marquee signing this summer. 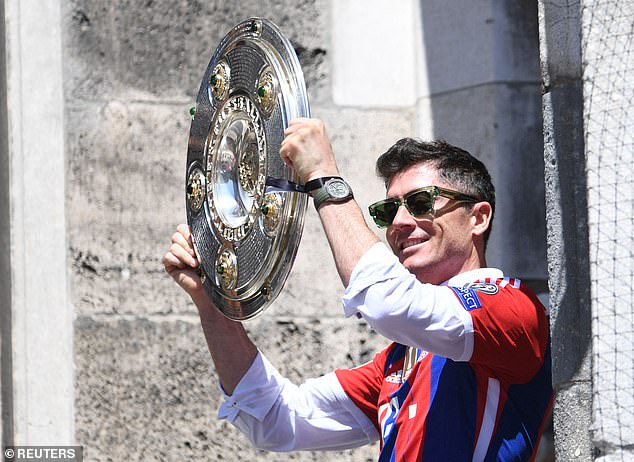 Bayern’s director of football, Hasan Salihamidzic stated that the club’s attitude ‘hasn’t changed’ and pointed out that the striker’s contract doesn’t expire until next summer.

Sport1 have reported that the club might be willing to sell their star player, if they are able to find an adequate replacement.

However, if no successor is found, then Bayern will veto any move whether ‘Lewandowski likes it or not’.

Lewandowski scored his 50th goal of the season as the Bundesliga champions squandered a two-goal lead against Wolfsburg. 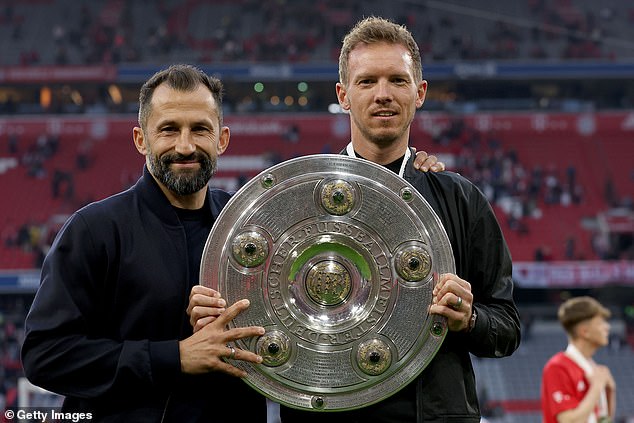 After the game, he told reporters: ‘I can confirm that I spoke with Hasan and informed him that my decision had been made and I would not be extending my contract with FC Bayern.

‘It’s very possible that this was my last game for Bayern. I cannot say that at 100%, but it may have been [my last game].

‘We want to find the best solution for me and for the club’.

Lewandowski waved to the travelling fans after the draw at Wolfsburg, seemingly offering a further sign that his time at Bayern has come to an end.

The Times reported on Saturday that he has agreed to join the the Catalan giants on a three-year deal when the transfer window re-opens.

It is understood that a deal could be reached if Barcelona are willing to pay in the region of £25million to £35m for his services. 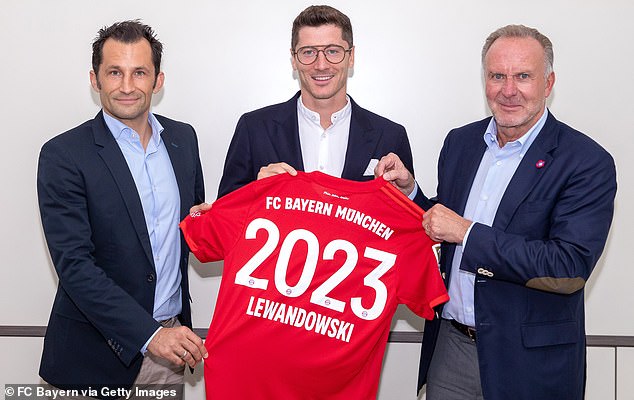 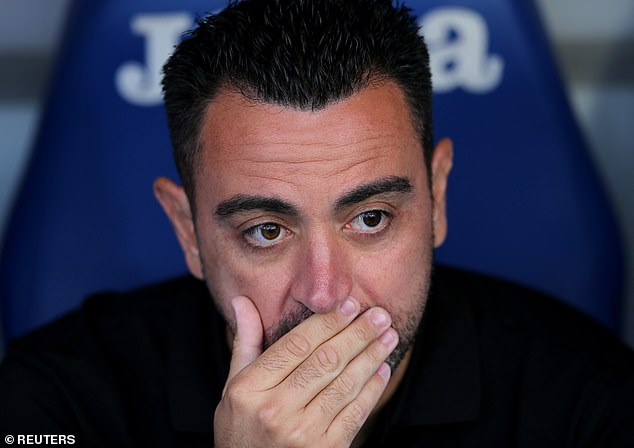 If Lewandowski does move on from Bayern in the coming weeks, he will leave as one of the most decorated players in the club’s history.

The Polish forward has won eight league titles and the Champions League during his eight-year stay, while only Gerd Muller has scored more Bundesliga goals for the Bavarian outfit.

Oliver Kahn, Bayern’s chief executive, told Amazon Prime last month that they would be ‘stupid’ to allow Lewandowski to leave.

He said: ‘We would be stupid to sell a player who scores 30 to 40 goals per season.

‘We are and will be in talks about his future in the next weeks. He has a contract until June 2023 and we’ll definitely have him with us for another season.’

The Times say that Bayern have contacted Sadio Mane’s camp, having identified the Liverpool forward as a potential replacement for Lewandowski.