‘Because he only scores one in the last eight doesn’t mean anything’: Bayern Munich will not take Mohamed Salah lightly despite bad run in front of goal, according to Manuel Neuer

Manuel Neuer is still worried about the threat carried by Mohamed Salah amid his recent struggles in front of goal.

Salah has not scored in his last five games for Liverpool — his longest drought since he signed for the Reds — and only bagged one in their last eight matches.

With a finely-poised Champions League clash against Bayern Munich ahead of him on Wednesday night, Salah will be keen to return to form. 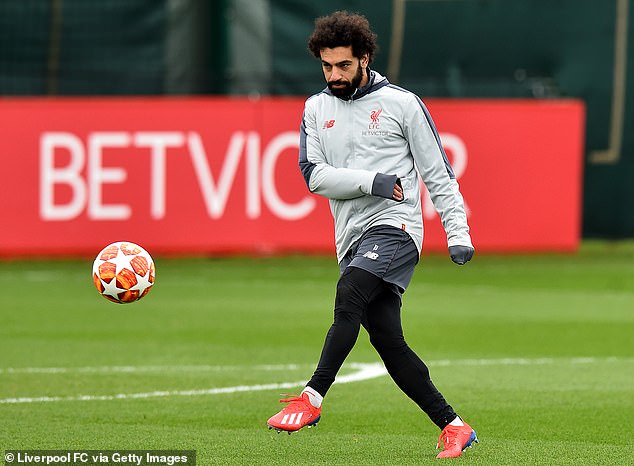 And that is why Neuer does not believe his current run of form is of note before the two teams meet in Munich.

Speaking at the pre-match press conference, Neuer said: ‘Because he only scores one in the last eight doesn’t mean anything. 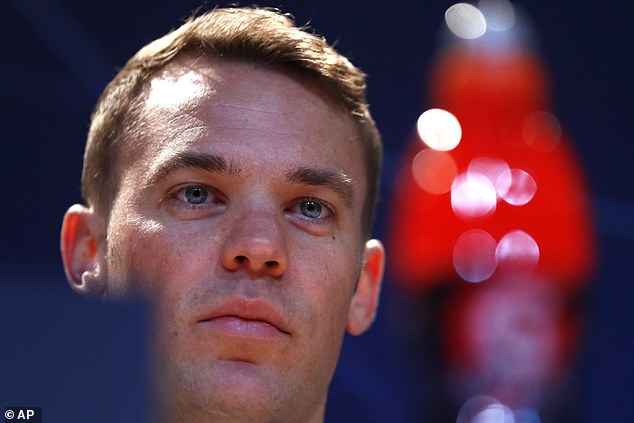 After a 0-0 draw in the first leg of their last-16 clash, the two teams go into the game needing to score to avoid a penalty shootout.

Neuer is confident that the clash will see more attack-minded performances from both teams.

‘I think Liverpool will attack and I don’t think it will be as defensive,’ he added.

‘We will be more attacking but we will see how Liverpool press and attack us.’