Baylor football coach Matt Rhule acknowledged the allegations in an interview with KCEN-TV in Waco, Texas, saying the players have been ‘separated’ from the team

Two Baylor football players have been suspended after sexual assault allegations that included members of the football team and female members of the school’s equestrian team.

Baylor football coach Matt Rhule acknowledged the allegations in an interview with KCEN-TV in Waco, Texas, saying the players have been ‘separated’ from the team. However, he said he was not permitted to reveal many other details, including the players’ names.

Two female students told Baylor University Police that they were sexually assaulted in Waco during the early hours of November 12, according to a November 17 police report obtained by ESPN. Baylor had lost to Texas Tech in Arlington, Texas on November 11.

The victims in the report were identified by the pseudonyms ‘Jane Doe’ and ‘Donna Smith.’ 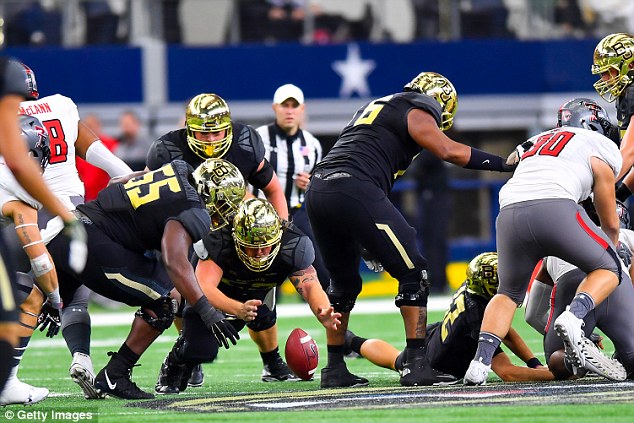 The accusations against four Baylor students, including two yet-to-be-named football players, were said to have taken place on November 12 – hours after the Bears lost to Texas Tech

The names of the four suspects – all of whom were students – and six witnesses (three students and another three school staffers) were redacted in the police report.

The women first reported the alleged crime to Baylor equestrian coach Casie Maxwell, who sent the accusations to the school’s Title IX office and Baylor police Chief Brad Wigtil, according to a March 2 letter from one of the University’s attorneys to Texas Attorney General Ken Paxton.

‘I feel like the university put those processes in place, and it’s our job to carry them out,’ Rhule told KCEN-TV. ‘And, from what I’ve seen, the university has carried them out and everything has been done in a way that it should be done.’

McLennan County District Attorney Abel Reyna has yet to announce if criminal charges will be brought against the suspects. 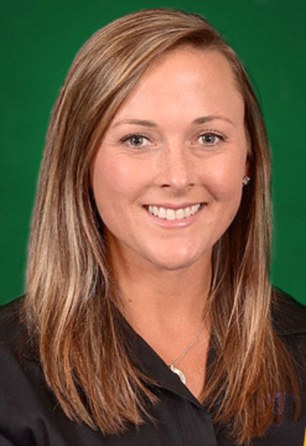 The alleged victims reported the accusations to Baylor equestrian coach Casie Maxwell (pictured), who relayed the information to the school’s Title IX office and Baylor police Chief Brad Wigtil, according to a March 2 letter from one of the University’s attorneys to Texas Attorney General Ken Paxton

In a statement on Tuesday night, Baylor president Linda Livingstone made it clear that she expects the school to follow the correct protocol.

‘Baylor University takes any allegation of sexual assault seriously,’ she wrote. ‘The University’s new leadership team is unwavering in our commitment to follow our well-documented Title IX policy and procedures in regards to reporting and responding to incidents of sexual assault.

‘The responsibility of responding to alleged incidents of sexual violence does not rest solely in the hands of any specific individual or unit. It is a University response dictated by our Title IX policy,’ she continued. ‘Baylor University remains committed to providing for the safety and security of our campus community.’

Baylor’s athletic program was previously scandalized by accusations that the school failed to properly address sexual assault allegations in the past. In May of 2016, football coach Art Briles was fired, president Ken Starr was demoted, and athletic director Ian McCaw was suspended. Starr and McCaw have since left the school.

In total, 10 lawsuits have been filed by 22 women against the school with the university settling four claims.

According to Philadelphia law firm Pepper Hamilton in 2016, Briles’s players were seen as being above the rules and were not held accountable as they should have been. Pepper Hamilton was hired by the school to investigate the handling of the sexual assault claims.