Keira Knightley, 34, went on her first political march when she was a teenager

Keira Knightley was in her teens when she went on her first political march, but she has already taken her four-year-old daughter, Edie, to protest.

They joined the People’s Vote march last Spring, to demand a second referendum on leaving the EU. ‘We stayed on the sides, and she loved every second of it,’ the actress said.

She tried to explain to her daughter why the protest was taking place, ‘which is quite difficult for a four-year-old’, Knightley said, wryly.

‘I say to her that she has to question everything,’ she added.

And it’s not just idle, right-on talk. Knightley said their home is on waste alert. ‘Saving the planet stuff. We’re not allowed to waste things.

‘And we talk about boys and girls — and how girls can do anything. We read books about amazing women. Lots of propaganda, basically,’ she laughed.

‘I’m just shoving it in there. No idea if anything’s taking, but you never know.’

Knightley, 34, said she had tried to ban Edie from watching Disney’s animated version of Cinderella, because she doesn’t care for the notion of the heroine needing to be rescued. 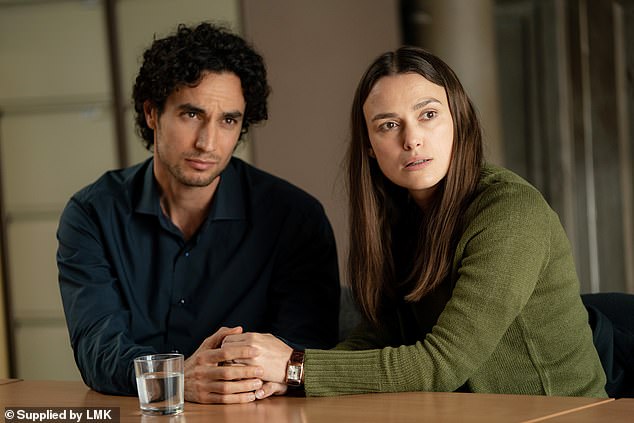 Her new film, Official Secrets, is based on the true story of Government Communications HQ (GCHQ) translator and intelligence officer Katharine Gun 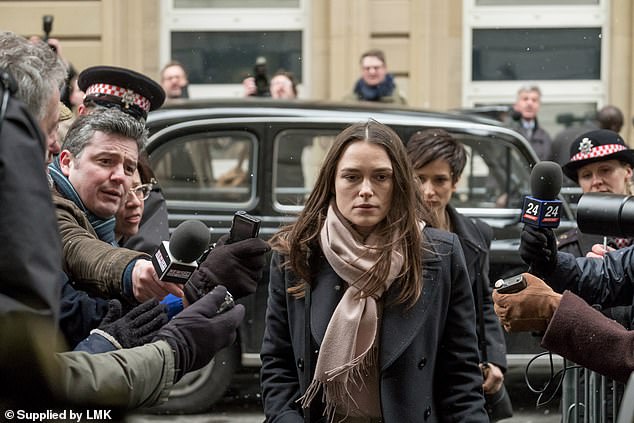 In 2003, Gun turned whistleblower and tried to stop the invasion of Iraq by leaking a highly confidential directive from Washington

‘She has now watched the banned cartoon, because all of my family rebelled and told me to let her. And she didn’t like it! I was thrilled,’ Keira told me when we spoke on the phone to discuss her latest film, a scorching thriller called Official Secrets.

It’s based on the true story of Government Communications HQ (GCHQ) translator and intelligence officer Katharine Gun who, in 2003, turned whistleblower and tried to stop the invasion of Iraq.

Gun leaked a highly confidential directive from Washington asking Britain, in effect, to blackmail non-permanent United Nations members into voting for the resolution that would give the allies legal cover for the war. 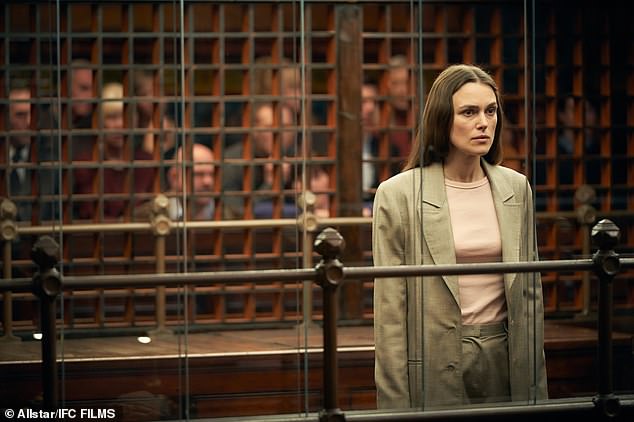 Knightley hadn’t known of Gun until she was offered the part by director Gavin Hood — but she had taken part in an anti-war protest. ‘It was the first time I was super aware of something so important,’ she said.

The picture will be shown at the BFI London Film Festival on October 10, 11 and 13, and go on general release on October 18. 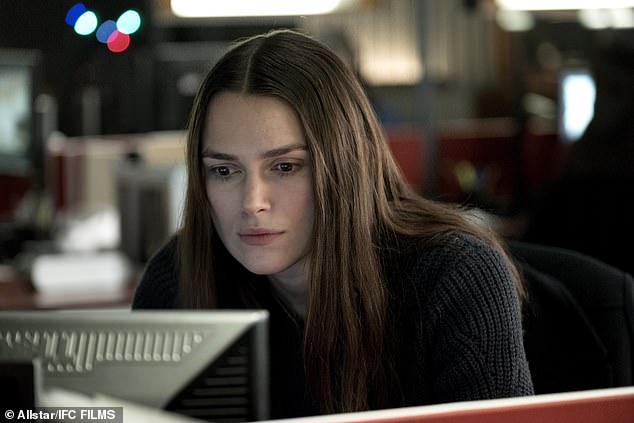 The directive asked Britain, in effect, to blackmail non-permanent United Nations members into voting for the resolution that would give the allies legal cover for the war

Director Hood was insistent that he didn’t want Knightley doing a characterisation of Gun. ‘We look nothing alike, and Gavin didn’t want people going: ‘Oh, there’s Keira Knightley with blue eye contacts and a blonde wig.’

‘Her point of view is very strong, and my job is to show that.’ Gun met Hood and Knightley for lunch and visited the set.

She told Knightley that she’d been ‘absolutely terrified’ at the prospect of leaking sensitive information.

‘She really struggled with it. She felt totally sick when it came out,’ the actress said.

‘She knew what she had to lose, and she did it anyway. I think that’s what made it such an amazing act of courage.’ 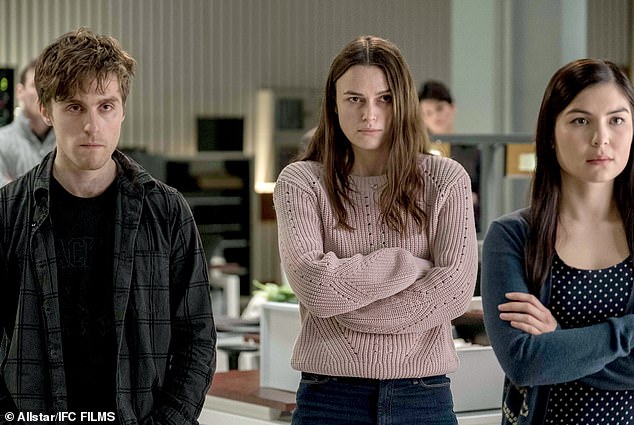 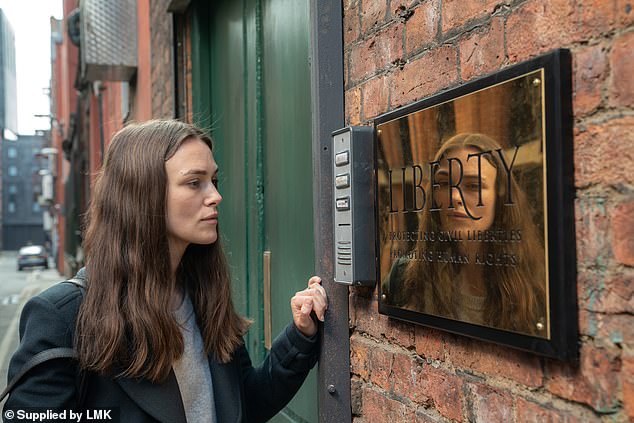 The picture will be shown at the BFI London Film Festival on October 10, 11 and 13, and go on general release on October 18

Knightley asked Gun if she would do it again. ‘She said: ‘Yes, definitely.’ I thought that was quite extraordinary.’

I asked the actress if she would be prepared to be arrested for something she believed in. ‘Oh God no! Not at the moment. Who knows? In a few years, when I’m out of small children territory, who knows?’ (We were speaking not long before she gave birth to her second child with her musician husband James Righton.)

I saw Official Secrets back in January at the Sundance Film Festival; again in July; and a third time, last week, when it opened in New York.

There’s a moment when Tony Blair is on the TV and Knightley, as Gun, shouts at the screen: ‘Just because you’re Prime Minister, it doesn’t mean you get to make up your own facts!’ (A couple of people in the New York audience shouted out in agreement.)

One aspect of making the film cheered her mightily. She has scenes with screen husband Adam Bakri, as Yasar Gun, but the film is not defined by their relationship.

‘What I loved about it was playing a female character where the love interest is very important, but it’s not central to the piece.

‘When you’re an actress, often the romantic relationship is central. That’s not a criticism — sometimes I love films where that’s the case. But it’s nice to get a variety.

‘The central theme here is her attempt to save lives, and stop a war. And I don’t have to take my kit off to do that — and isn’t that wonderful? Yeah!’