The BBC has been accused of ‘outrageously overspending’ licence fee cash after it emerged that EastEnders’ new set will cost £86.7million.

That is £27million over the original budget – and the project is expected to be nearly five years late.

Work to rebuild and extend Albert Square was due to be completed in August at a cost of £59.7million.

But a damning National Audit Office report published today finds that the BBC’s poor planning and lack of expertise means it will cost 45 per cent more, and will not be completed until May 2023.

The NAO says the Corporation ‘will not be able to deliver value for money’ with the project, named E20 after the soap opera’s fictional Walford postcode, which is being funded entirely from the £150.50-a-year TV licence fee.

Work to rebuild and extend Albert Square was due to be completed in August at a cost of £59.7million 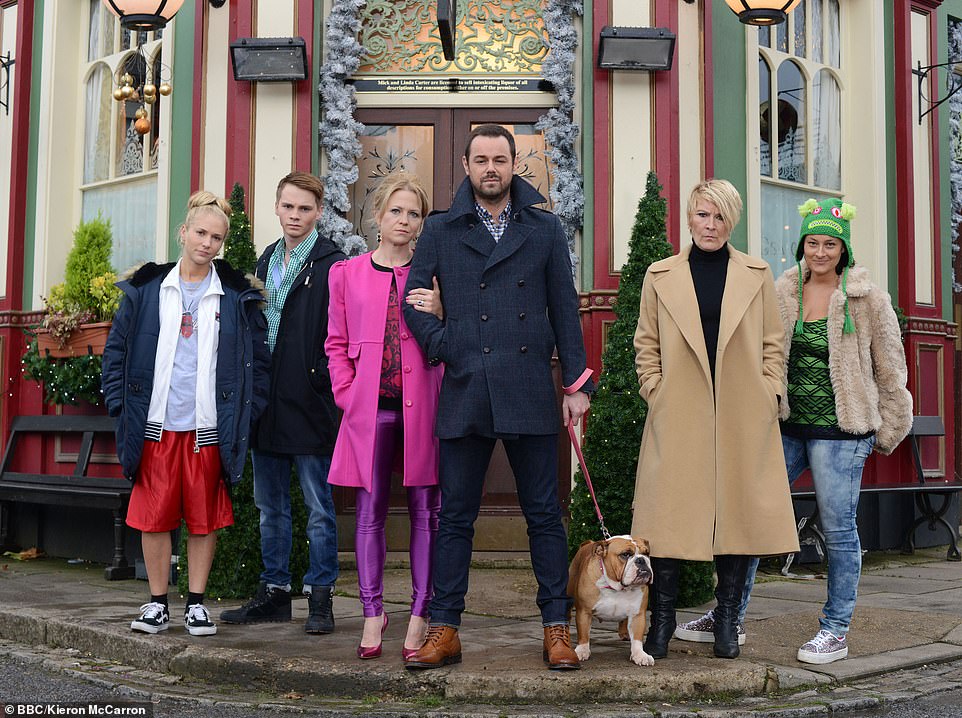 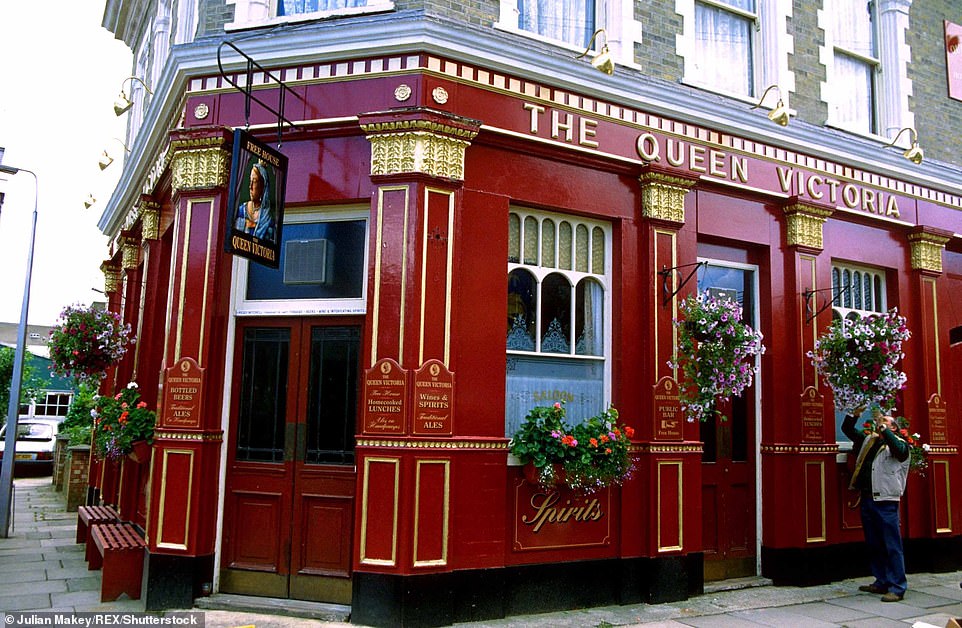 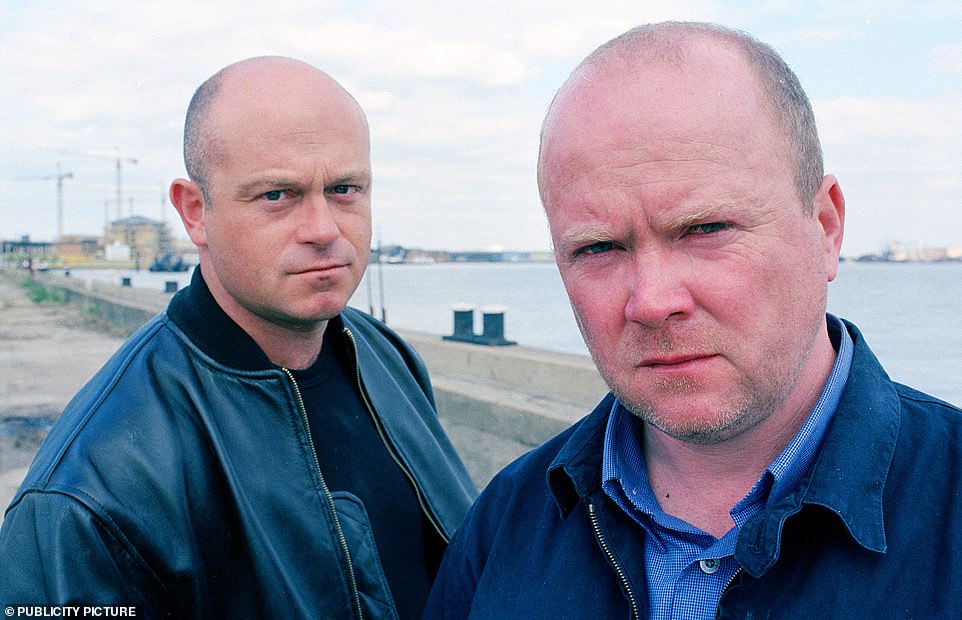 Brotherly love: Ross Kemp as Grant and Steve McFadden as Phil during their momentous period in the soap’s history 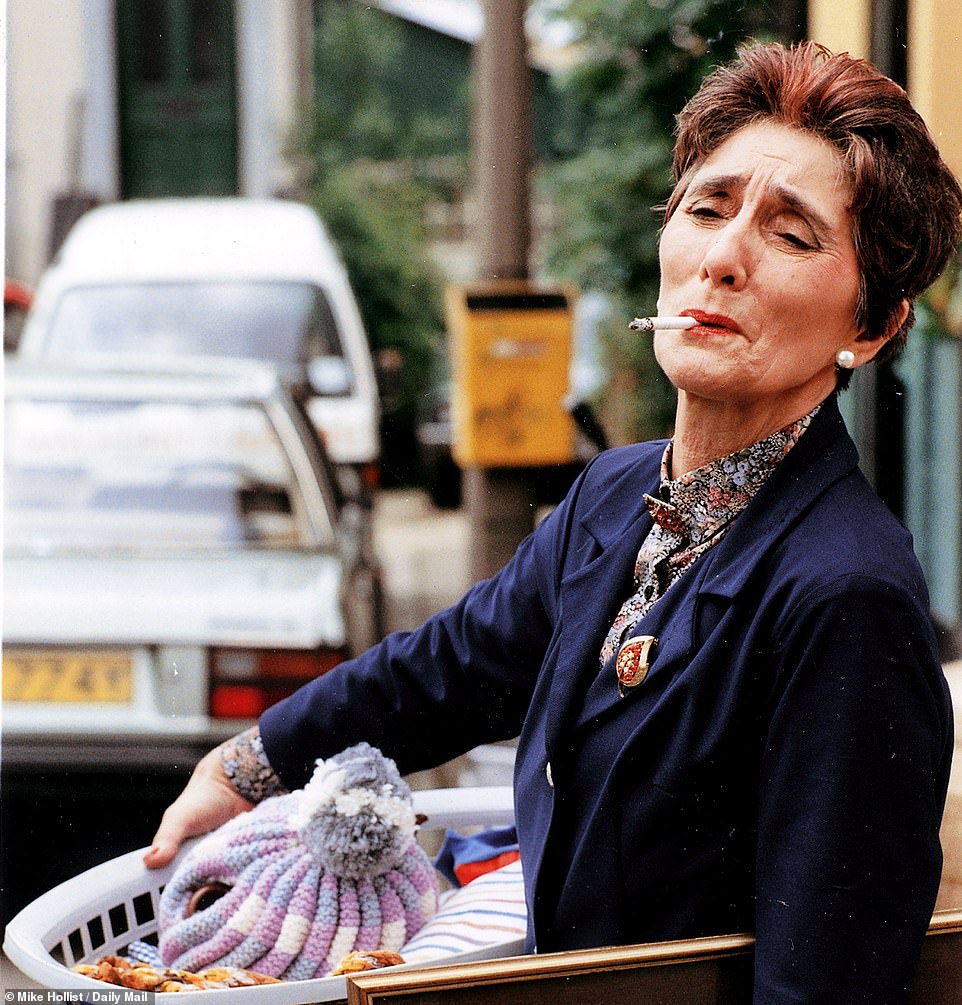 The current EastEnders set at Elstree Studios in Hertfordshire was built in 1984 using steel frames, plywood and plaster brick panels. It was intended to last only two years.

The poor quality of construction means high-definition filming is not possible, while health and safety concerns have caused delays to filming.

The BBC is building a new ‘front lot’ – a brickwork replica of the current set – and a ‘back lot’ which will provide extra locations to ‘better reflect modern East End London’. It has been reported that one of the new locations will be a mosque.

The front lot is now expected to cost £54.7million – 75 per cent more than planned – after it took 11 months for the BBC to negotiate with its contractor Wates.

Construction there has only just begun, while the back lot is still ‘at an early design stage’.

The NAO report finds that early planning processes led to ‘underestimation of aspects of complexity, cost and risks’. 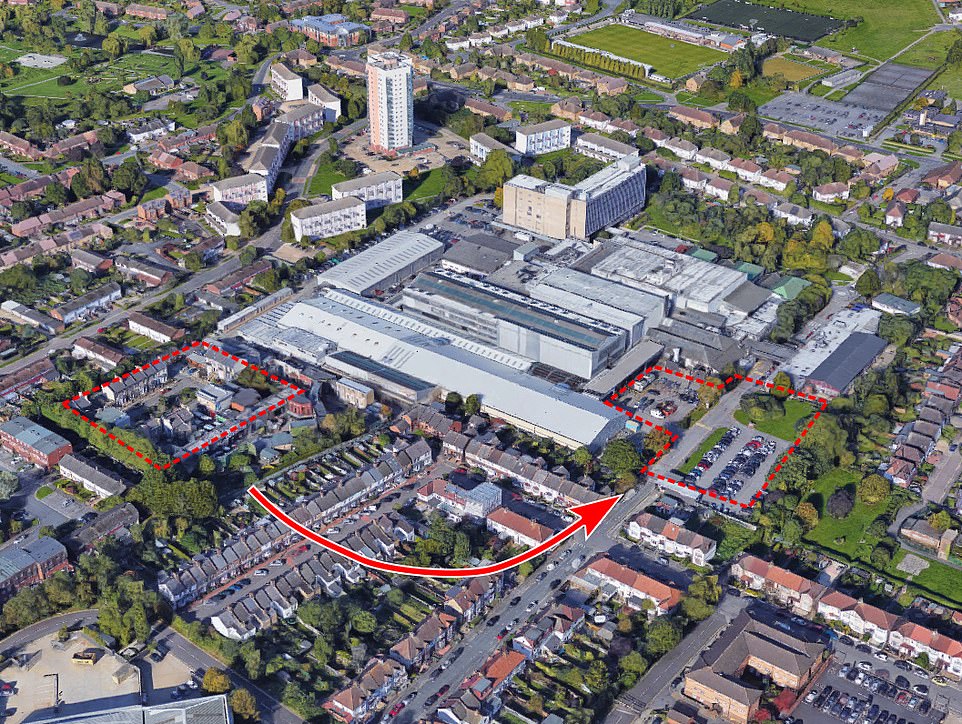 Aerial photo of the Albert Square set will have a new ‘front lot’ – a brickwork replica of the current set – and a ‘back lot’ which will provide extra locations to ‘better reflect modern East End London’. It has been reported that one of the new locations will be a mosque 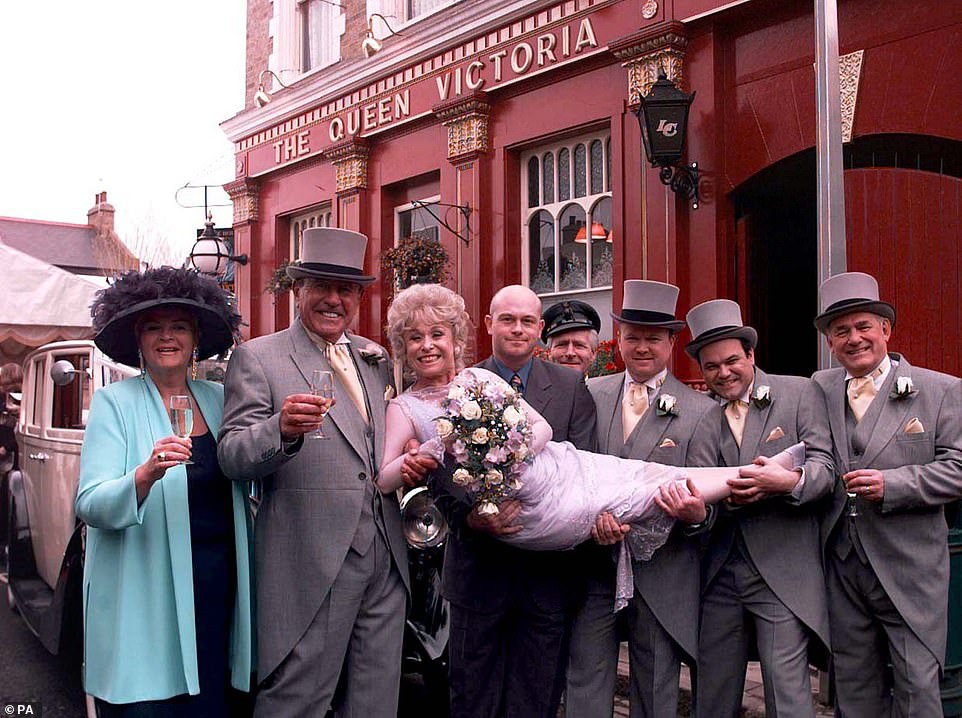 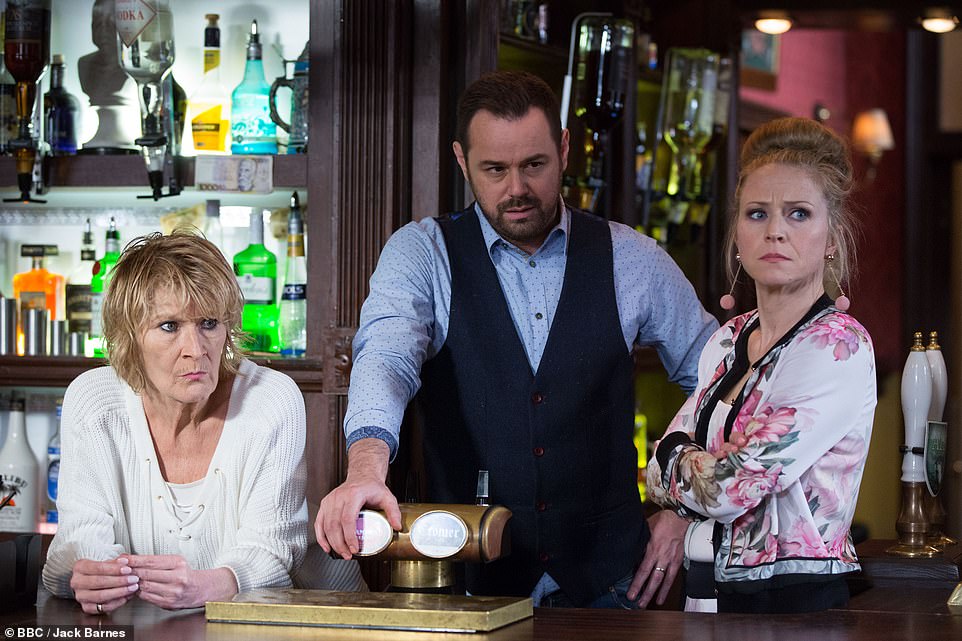 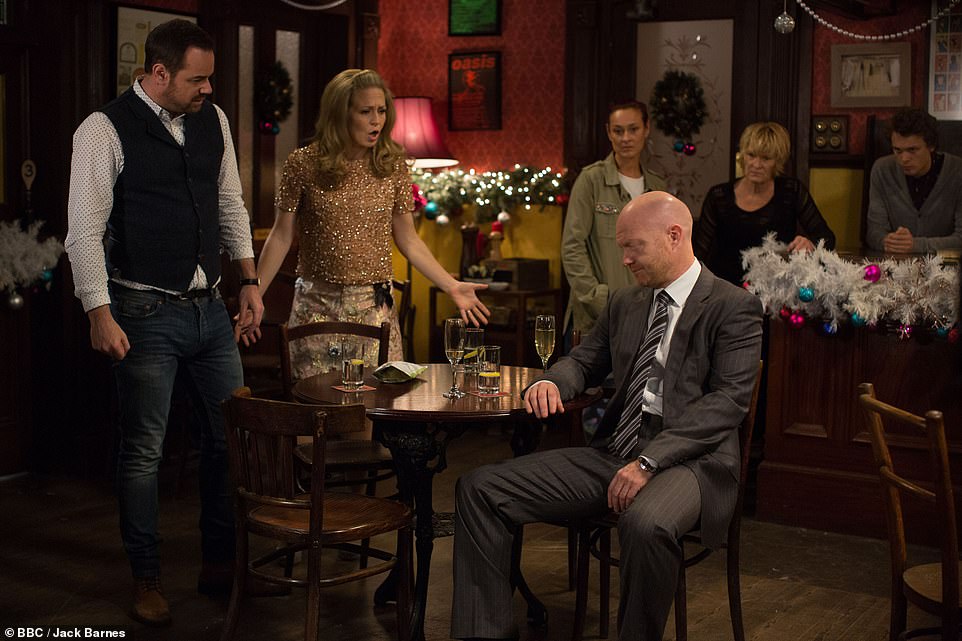 The famous square has seen many scenes played out for viewers, such as the community’s showdown with Max Branning

It says aspects of the design process were not assessed adequately, the BBC was over-optimistic and its staff ‘had insufficient expertise in construction project management to identify critical issues’.

The Corporation tried to blame £9.2million of the cost increase on inflation and demand for construction services, but was ‘unable to provide evidence’ to support the figure, the NAO says.

Critical design stages were completed without appropriate approval and there was ineffective communication between the programme and production teams.

This led to the production team making more than 70 requests for design changes – eight months after the design was supposed to have been agreed.

The project did encounter problems with asbestos and obstructions that were ‘to some extent unforeseen’, but this was ‘partly due to poor BBC site records, and limited surveying work’, it adds.

Sir Amyas Morse, the head of the NAO, said: ‘The BBC will not be able to deliver value for money on E20 in the way that it originally envisaged.

It is surprising that some of the reasons for this were built in from the beginning.

Despite recent project management improvements, E20 is late and over budget against its 2015 plans.

‘Given the high-risk nature of E20, it will need close scrutiny until it is finished.’ 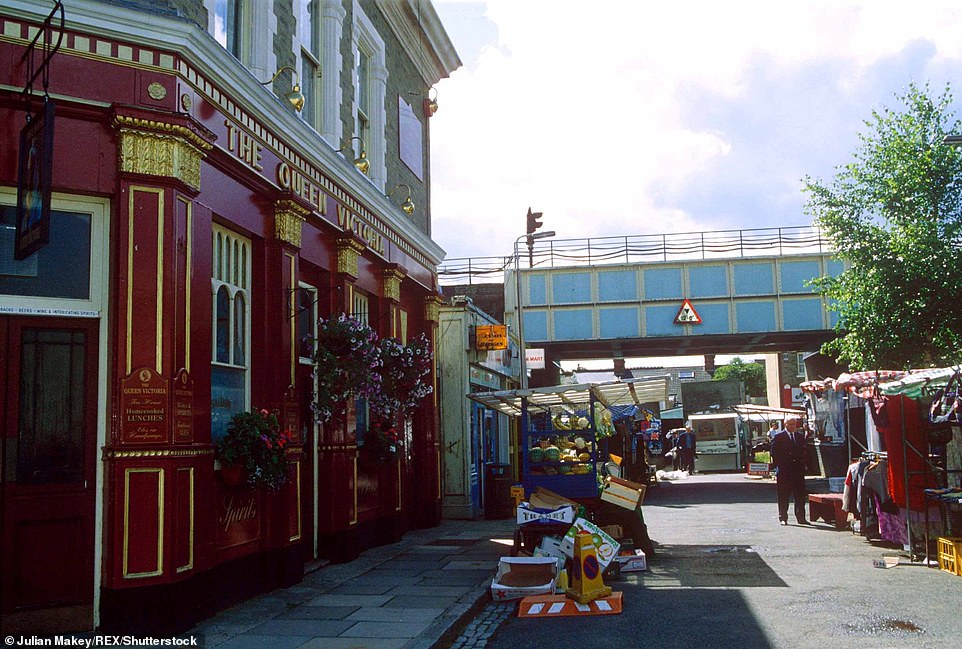 The BBC tried to blame £9.2million of the cost increase on inflation and demand for construction services, but was ‘unable to provide evidence’ to support the figure, the National Audit Office said 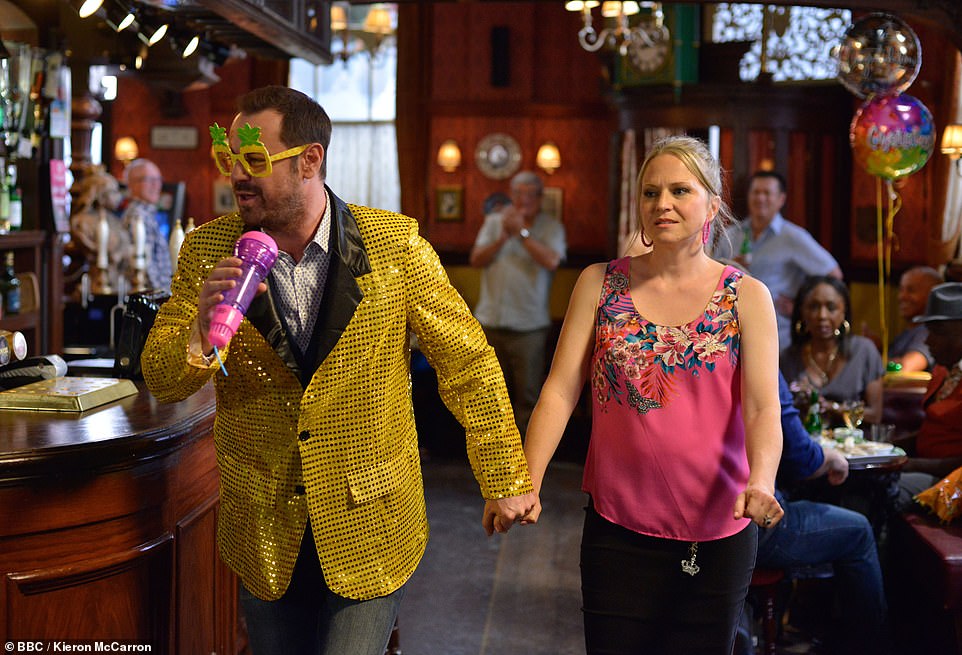 Mick announces the return of ladies night at the Queen Vic, alongside wife Linda during scenes at the current Albert Square set 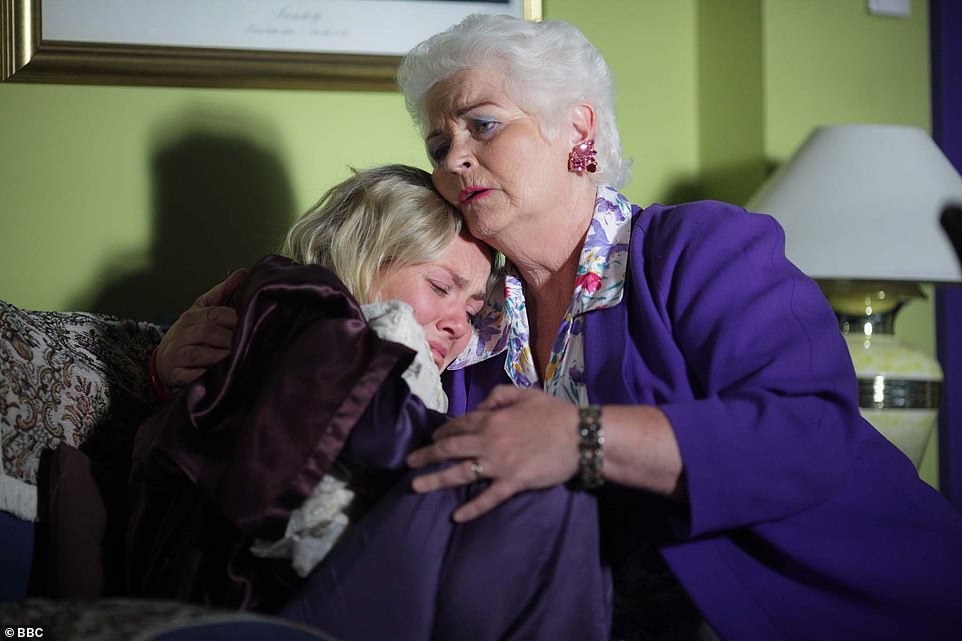 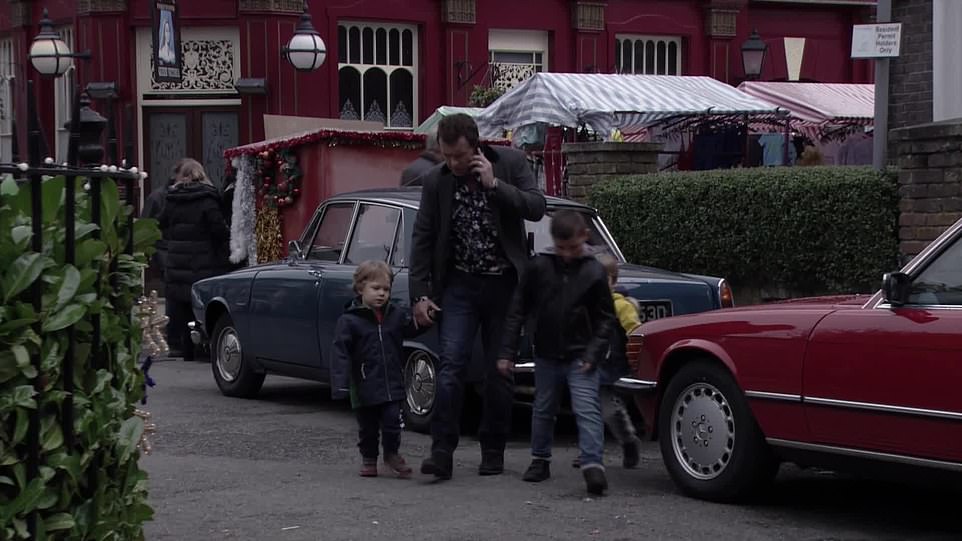 Alfie Moon (pictured) was desperate to win Kat back. The BBC said critical design stages were completed without appropriate approval and there was ineffective communication between the programme and production teams

Liberal Democrat MP Layla Moran said: ‘The Queen Vic and Albert Square are dear to my heart, like lots of people, and there is no doubt in recent years the show has played a major role is raising many important societal issues.

However I can’t imagine any of the straight-talking characters accepting this outrageous overspend of public money.’

Labour MP Meg Hillier, chairman of the public accounts committee, said: ‘It is concerning that the BBC has been unable to keep to budget and time. It is critical, given the BBC’s funding pressures, that every pound of licence fee payers’ money is spent effectively.’

Labour MP Chris Evans, who sits on the committee, added: ‘They’re investing in a programme that is not as popular as it once was, and they really need to start thinking about investing in the long term and in projects that can be useful for other things other than just one programme.

‘The BBC ought to realise that the licence fee is still unpopular. Many people are asking about value for money. At the end of the day, this isn’t their money, this is licence fee payers’ money.’

The BBC said: ‘The set of EastEnders was built in 1984 and only intended for use for two years.

Over 30 years later, the show remains one of the BBC’s flagship programmes and yet is filming from a set that is no longer fit for purpose.

‘The new set is a large, complex project which has already delivered many other vital improvements at Elstree, but like any building work of this scale there have been challenges, including construction market issues beyond our control.

‘We’ve already made improvements and are keeping the project under close scrutiny.’