The BBC has been accused of acting like a ‘rogue corporation’ so it could save paying £10 million in tax as employees spoke of being ‘hung out to dry’.

BBC presenter Kirsty Lang yesterday revealed to a parliamentary committee that she had to work throughout her cancer treatment because the Corporation would not give her sick pay.

She told MPs the Corporation also refused to give her bereavement leave when her stepdaughter suddenly died.

Ms Lang said the BBC made her get paid through a personal service company (PSC) – which allows the Corporation to dodge giving staff sick and holiday pay or pensions.

Kirtsy Lang (pictured in Parliament today)  told MPs the Corporation also refused to give her bereavement leave when her stepdaughter suddenly died.

MPs on the culture media and sport select committee are investigating the controversial PSCs and how they worked at the BBC following claims some staff were left on the brink of suicide after being forced to set them up. The committee heard how staff were told they had to use the companies if they wanted to work – but now are facing being stung with hefty tax bills.

The Corporation saved around £10million a year by not paying national insurance contributions on employees paid this way, the culture select committee heard.

The committee is investigating the PSCs at the BBC following claims staff have been left on the brink of suicide after being slapped with hefty retrospective tax bills.

Damian Collins, chairman of the Commons digital, culture, media and sport committee, said: ‘This is well below the standards you would expect of the BBC.

‘You might think we were talking about some rogue corporation with poor employment rights, rather than a national broadcaster.’

Former Look North presenter Christa Ackroyd was told she faces a tax bill of £419,000 because she was paid through a PSC, despite not acting dishonestly.

She said: ‘I trusted the BBC. I was proud to be part of the BBC and I feel like I have been hung out to dry, I have been betrayed.

‘And I ask this –  where is their duty of care towards me and my colleagues?’

Ms Lang was speaking to MPs who have are investigating the impact of the many BBC workers who have been slapped with unexpected tax bills after being forced to set up PSCs.

What are personal service companies (PSCs)?

Personal Service companies are a way of paying contractors a wage.

They are very controversial as often the person who receives their pay this way is forced to – and effectively told if they don’t get paid this way they don’t get any work.

People are are paid through PSCs usually do not pay class 1 national insurance contributions.

However the taxman has been going after a lot of people who have been paid through PSCs and hitting them with fresh tax bills.

While  PSCs are also controversial because they allow employers to wriggle out of their obligations to their workforce.

So contractors paid through the companies often do not get sick or holiday pay and do not get pension contributions from their employers.

BBC staff handed over a ‘dossier of despair’ detailing how staff have been ‘through hell’ and driven to the brink of suicide by the unexpected tax bills.

Ms Lang described how she wanted to stay on as BBC staff with a proper contract, but was told she had to set up a PSC would be stripped of her employment rights.

She told MPs: ‘All my worst fears came true.

‘Not long after I went freelance my stepdaughter died suddenly. I was unable to take bereavement leave, in fact I went back to do a first show even before her funeral because I had to get some money in.

‘Two years after that I was diagnosed with cancer. I had surgery, radiotherapy, chemotherapy, hormone therapy. I worked the whole way through… I took one month off at the end of chemo actually.

‘I was not making any more money, in fact I was probably making less than when I was on staff.

She described how a year ago she was suddenly hit with a new tax bill she had not been expecting.

She said: ‘You can imagine my horror when about a year ago…. I’m told I’m going to get PAYE and going to be employed for tax purposes.

‘My first response was to ring and ask if I was going to get sick pay – I was only four months finished chemotherapy so I was thinking, “Well you know OK PAYE… but now I going to be employed”.

‘No, you won’t get any sick pay or holiday pay. I’m still without a contract – have been for around a year.’

Meanwhile, BBC presenter and money expert Paul Lewis said the BBC would have saved around £10m a year in tax contributions by using the PSCs.

He told MPs relatively low-paid presenters on local radio and Radios 3 and 4 were treated as ‘disposable’ by the BBC.

He said: ‘This isn’t a story of well-paid presenters trading through companies to avoid tax.

‘This is the story of the BBC forcing hundreds of presenters to form companies and treat them as freelancers because that gave the BBC flexibility and protected licence fee payers.’

Meanwhile, Liz Kershaw told how she worked for six months at the BBC without being paid because she was locked in a row with the Corporation over her reluctance to be paid through a PSC.

The 59-year-old Radio 6 presenter blasted the then ‘oligarchical’ management, adding: ‘I totally believe in the BBC, but I really feel strongly that they have in a roundabout way libelled us.’

And she warned that other BBC staff who have ‘been through hell’ had been driven to the brink of suicide by the way the Corporation has treated them. 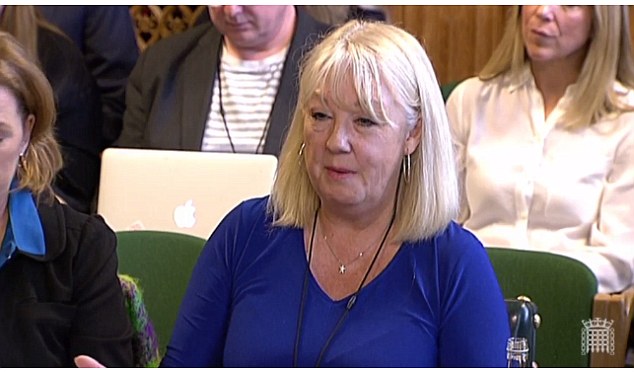 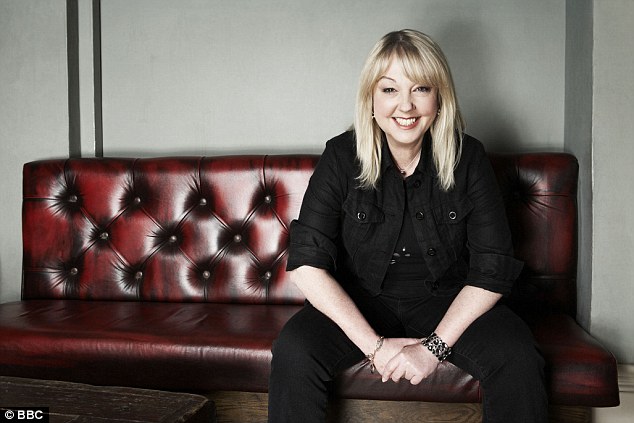 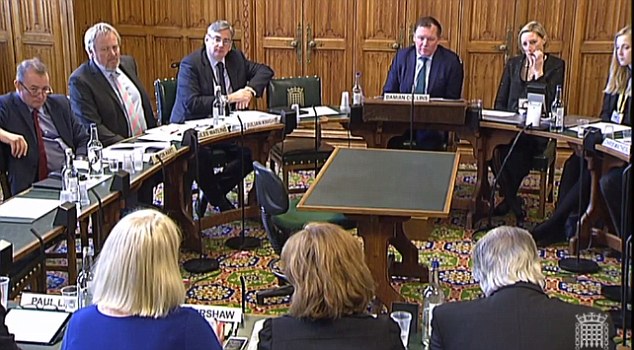 She said: ‘There are people who have nearly died because of this. The hell they have been through – and no one has listened.’

Miss Kershaw also told the committee she took just six weeks off work after giving birth because she needed to bring money home – and was not entitled to maternity pay under her freelance status.

‘I can’t describe how hard that was, physically,’ she added. ‘To be separated from a baby for hours at work at that stage… the child suffers, the mother suffers.’

The BBC snubbed the invitation of the committee to give evidence to them today.

In recent months, scores of presenters with PSCs have been told they owe thousands in unpaid historic tax.

One worker told MPs that the stress of being hauled before the courts because she worked through a PSC had led her to try to commit suicide.

The anonymous statement read: ‘I have always loved working for the BBC but the way they have behaved has reduced me to more than tears. It’s one of the factors that three days ago took me into my loft where I tried to hang myself.’

Some 200 BBC presenters are being investigated by HMRC for alleged tax avoidance after declaring themselves self-employed, meaning they were paid as contractors rather than staff.

They worked through PSCs, which meant they enjoyed some tax relief while the BBC allegedly saved vast sums in national insurance contributions. 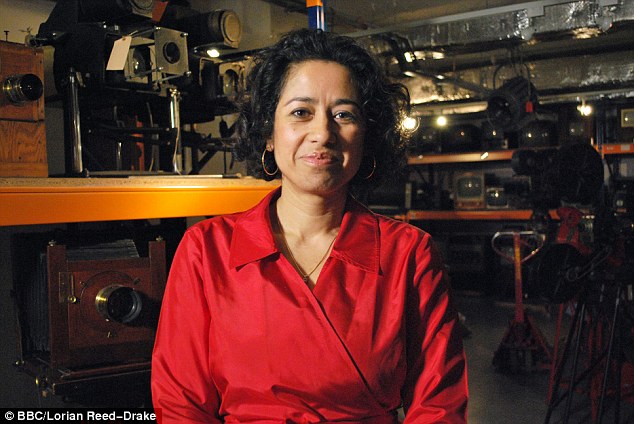 Meanwhile, Newswatch presenter Samira Ahmed said in evidence that the BBC was ‘insistent’ she work through a PSC.

In one email released by the committee ahead of today’s hearing, a BBC rights executive tells a worker that having a PSC ‘saves tax’, adding there is no ‘wiggle room’. In other evidence to the MPs, some BBC workers say the stress surrounding the handling of their employment status led them to have mental breakdowns.

Radio presenter Charles Nove, who works for BBC Oxford, said he lived in fear of becoming homeless after being told he could be double taxed.

In evidence to the committee, Mr Nove said: ‘I’m now constantly worried that I may face homelessness, should the BBC insist of pushing the recovery of tax that they unilaterally decided to pay on my behalf.’

Labour MP Julie Elliott accused the corporation of ‘bullying’ when she heard about staff being pressured into using PSCs.

The BBC said that it will set up a ‘fair and independent’ process under the supervision of the Centre for Effective Dispute Resolution to resolve the row. Presenters who believe they have lost out through no fault of their own will be able to ask for a review of the circumstances surrounding their use of a PSC.

The BBC said: ‘We recognise there are issues to address. That’s why we have set up a fair and independent process.’

Women at Channel 4 earn an average of 28.6 per cent less than male employees, it has revealed. Chief executive Alex Mahon said the gender pay gap made for ‘uncomfortable reading’.