The BBC reigned supreme in the Christmas ratings battle as The Queen’s speech became the most watched show of the day while Death In Paradise topped the charts on Boxing Day.

This year, The Queen’s Speech secured the top spot and was watched by an average of 7.4 million viewers on BBC One on Christmas Day, while 5.4 tuned in to watch the Death In Paradise Christmas special the following day.

BBC had the most viewings for their shows on December 25, securing eight out of the top 10 programmes broadcast, with ITV limping in at positions eight and nine in the poll. The following day, the public service broadcaster managed to bag seven out of the 10 most watched shows.

This year, ITV put its Christmas Day shows on its on-demand player in the morning, viewers for which will be included in the consolidated figures, which come out in just over a week’s time. 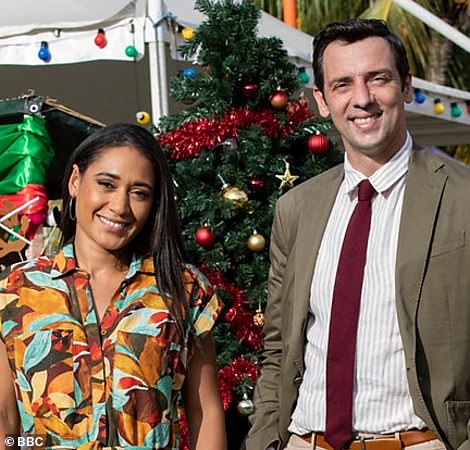 Ratings winner: The BBC reigned supreme in the Christmas ratings battle as The Queen’s speech became the most watched show of the day while Death In Paradise (pictured right: stars Joséphine Jobert and Ralf Little) topped the charts Boxing Day

7.4 million viewers tuned in to watch Her Majesty’s annual message on BBC One that saw her reflect on the passing of her husband, Prince Philip.

She poignantly talked about her late husband and said ‘one familiar laugh’ was missing from her family gathering this year.

The speech was also broadcast by ITV, with 1.7 million viewers tuning in.

It was also revealed that more people tuned in to watch her royal highness’s deliver her speech this year. Over a million more people watching than the 6.3million people that watched in  2020. 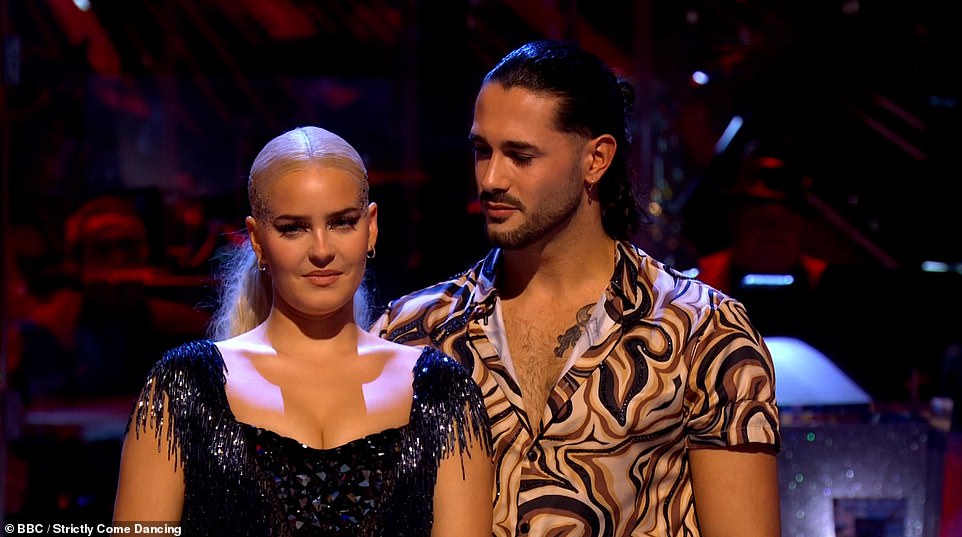 EastEnders was also a hit this year as fans settled down to watch Mick Carter (played by Danny Dyer) cheat on his wife Linda (Kellie Bright) with daughter-in-law Whitney (Shona McGarty).

BBC favourite Call The Midwife also made the top 10 with 4.7 million viewers as did a return of the popular 80’s game show Blankety Blank for a Christmas special which drew in  4.2 million viewers. 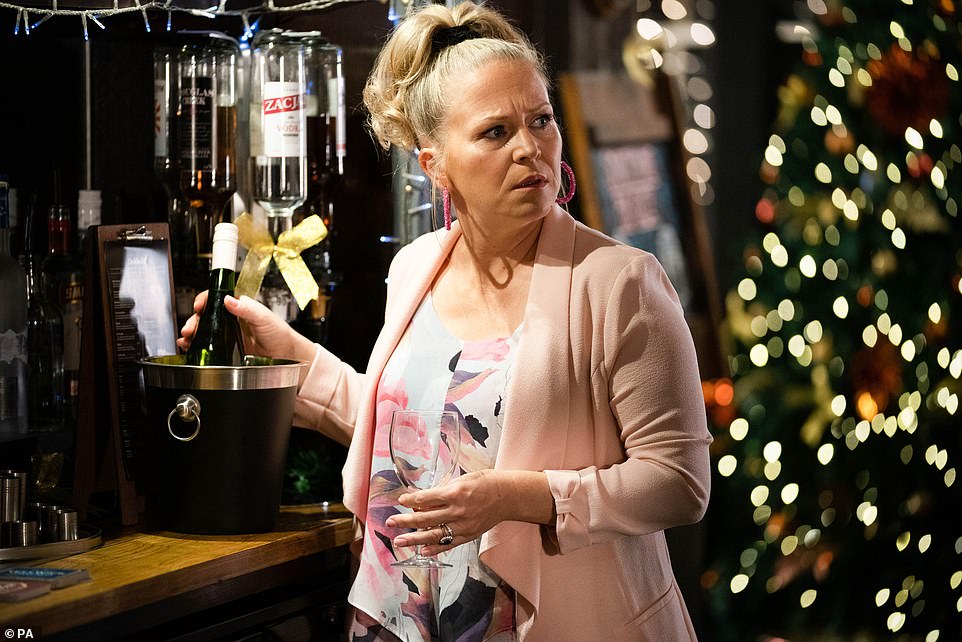 The BBC’s chief content officer, Charlotte Moore, commented: ‘Viewers chose the BBC on Christmas Day and entertained them in their millions with Strictly taking the top spot.

She added ‘Nothing brings the country together at Christmas quite like the BBC, there was something for everyone with the seven most popular programmes across the day.

‘That caps off a brilliant year on the BBC celebrating British creativity where we have delivered hits and award-winning work and seen huge audiences come to our shows.’ 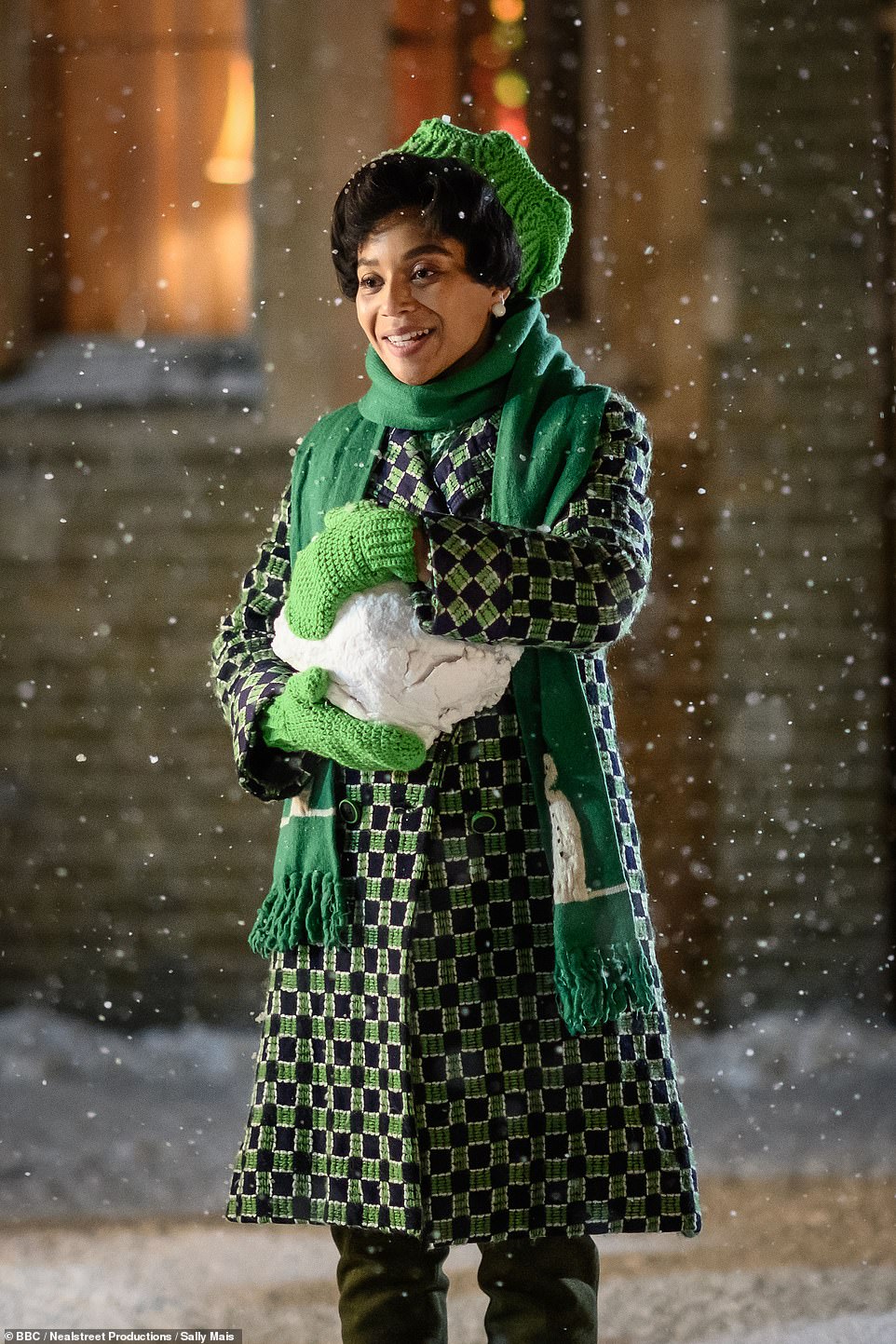 She continued: ‘It’s these moments, in a time of intense competition, that prove that after 99 years the BBC matters more than ever.

‘We have an ambitious and exciting year ahead in 2022 to mark our centenary year.’

‘With an unmissable range of world-class content that will celebrate and reflect the unique role the BBC continues to play in the lives of audiences across the UK.’ 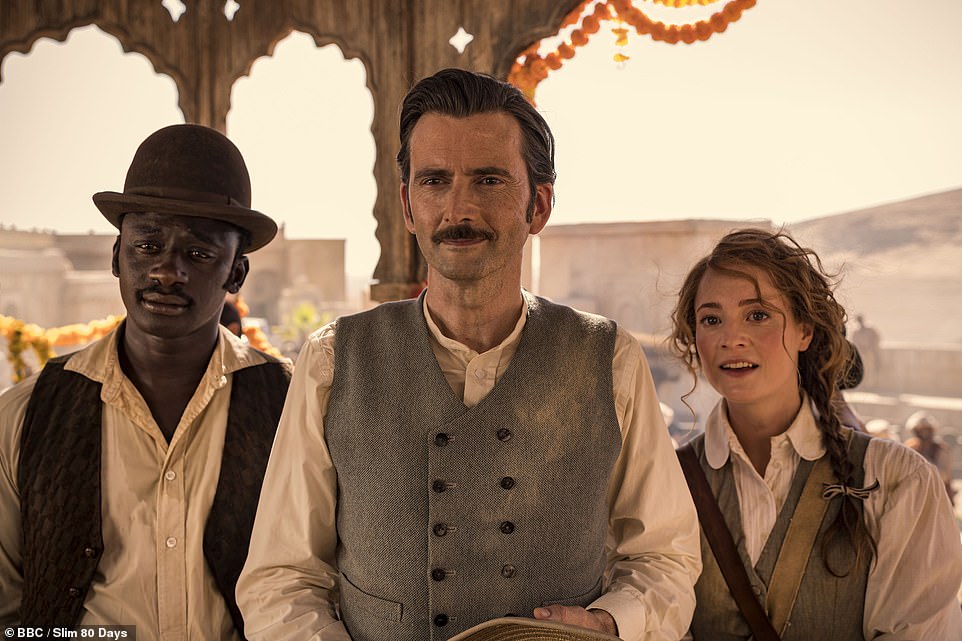 Boxing Day bonanza: Around the World in 80 Days was the second most watched show on December 26, with 3.9 million watching the first part of the eight-episode series which is based on the 1873 Jules Verne novel of the same name

The BBC also managed to win the ratings war on Boxing Day, with 5.4 million tuning in to watch the Death In Paradise Christmas special.

The programme revisited Neville Parker and Florence Cassell’s possible romance following their series 10 cliffhanger but finished without concluding whether the pair would give the relationship another shot, leaving the door open for series 11.

Following on in the ratings war was Around the World in 80 Days, with 3.9 million watching the first part of the eight-episode series which is based on the 1873 Jules Verne novel of the same name.

While the numbers dipped for episode two, 3.5million still tuned in, ranking the second part the sixth most watched show of the day.

Finishing in third was Coronation Street, with 3.7 million watching the aftermath of the Christmas special; which saw the return of Roy Cropper (played by David Neilson). 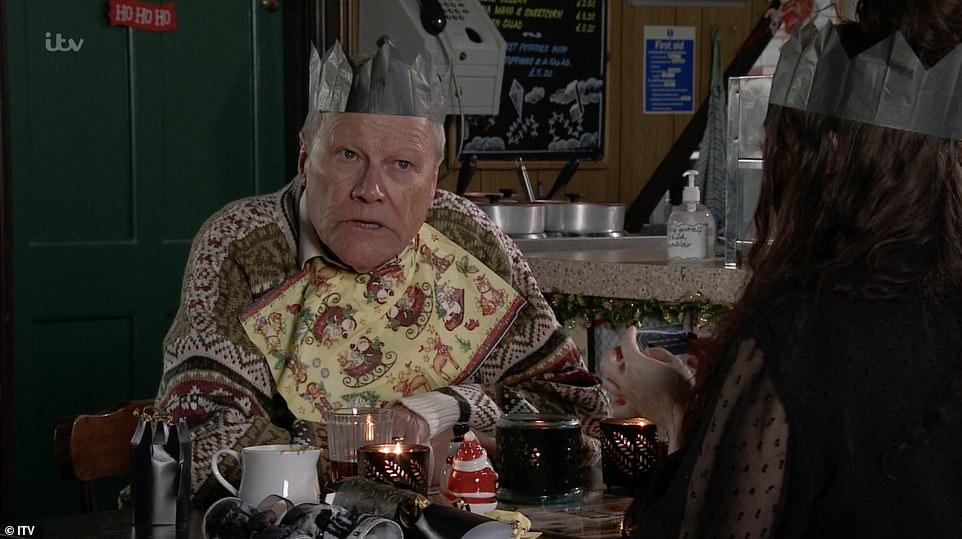 He’s back! Finishing in third was Coronation Street, with 3.7 million watching the aftermath of the Christmas special; which saw the return of Roy Cropper (David Neilson)