A BBC boss today admitted they have made loans to 15 stars who were suddenly hit with big tax bills after the Corporation made them be paid through controversial companies.

TV stars including newsreader Kirsty Lang were told they had to be paid through a personal service company (PSC) – which allows the Corporation to dodge giving staff sick and holiday pay or pensions.

The Corporation saved around £10million a year by not paying national insurance contributions on employees paid this way.

But many stars were suddenly hit with hefty bills after the taxman  suddenly closed down the scheme and went after them for lost tax.

Appearing before the Public Account select committee of MPs today, Anne Bulford, deputy director general of the BBC, said over a dozen stars were given loans or an advance on their wages to help them meet their bills.

Appearing before the Public Account select committee of MPs today, Anne Bulford deputy director general of the BBC (pictured far right, next to BB director general Lord Tony Hall) , said over a dozen stars were given loans or an advance on their wages to help them meet their bills

Labour MP Meg Hillier, chairwoman of the committee, grilled BBC bosses on the financial hardship stars were suddenly left in.

She said: ‘Will the BBC be paying extra money to people who cant pay their tax bill now?’

What are personal service companies (PSCs)?

Personal Service companies are a way of paying contractors a wage.

They are very controversial as often the person who receives their pay this way is forced to – and effectively told if they don’t get paid this way they don’t get any work.

People are are paid through PSCs usually do not pay class 1 national insurance contributions.

However the taxman has been going after a lot of people who have been paid through PSCs and hitting them with fresh tax bills.

While  PSCs are also controversial because they allow employers to wriggle out of their obligations to their workforce.

So contractors paid through the companies often do not get sick or holiday pay and do not get pension contributions from their employers.

Ms Bulford replied: ‘What we are dealing is the transition from the previous regime to a PAYE system….for some people that represents ts a big challenge

‘We have set up a helpline…..that’s there to assist them.

‘We have helped some people with temporary cash flow – loans or advance payments.

‘There will be a small cost of money….we think it’s the right thing to do.’

Last month BBC presenter Ms Lang told MPs she had to work throughout her cancer treatment because the BBC would not give her sick pay.

She told MPs the Corporation also refused to give her bereavement leave when her stepdaughter suddenly died.

Ms Lang said the BBC made her get paid through a personal service company (PSC).

She said: ‘I trusted the BBC. I was proud to be part of the BBC and I feel like I have been hung out to dry, I have been betrayed.

‘And I ask this – where is their duty of care towards me and my colleagues?’

Ms Lang was speaking to MPs who have are investigating the impact of the may BBC workers who have been slapped with unexpected tax bills after being forced to set up PSCs.

BBC staff handed over a ‘dossier of despair’ detailing how staff have been ‘through hell’ and driven to the brink of suicide by the unexpected tax bills. 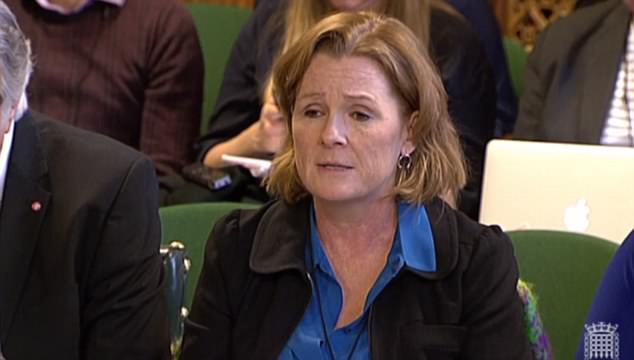 Ms Lang described how she wanted to stay on as BBC staff with a proper contract, but was told she had to set up a PSC would be stripped of her employment rights.

She told MPs: ‘All my worst fears came true.

‘Not long after I went freelance my stepdaughter died suddenly. I was unable to take bereavement leave, in fact I went back to do a first show even before her funeral because I had to get some money in.

‘Two years after that I was diagnosed with cancer. I had surgery, radiotherapy, chemotherapy, hormone therapy. I worked the whole way through…I took one month off at the end of chemo actually.’

Former Look North presenter Christa Ackroyd was told she faces a tax bill of £419,000 because she was paid through a PSC, despite not acting dishonestly.