Gary Linker’s tweets are ‘a work in progress’ the boss of the BBC has said as he gave his full support to the football pundit.

The Match of the Day host and former England striker has attracted criticism for sharing his political views online given BBC impartiality rules.

Gary Lineker, 61, recently criticised politicians over the level of sewage allowed to be dumped by the government, polluting Britain’s rivers and beaches.

Mr Davie said: ‘I’ve talked to Gary. He has sent thousands of tweets, and overall the behaviour – in terms of where he is – is in a lot better state. That conversation goes on. 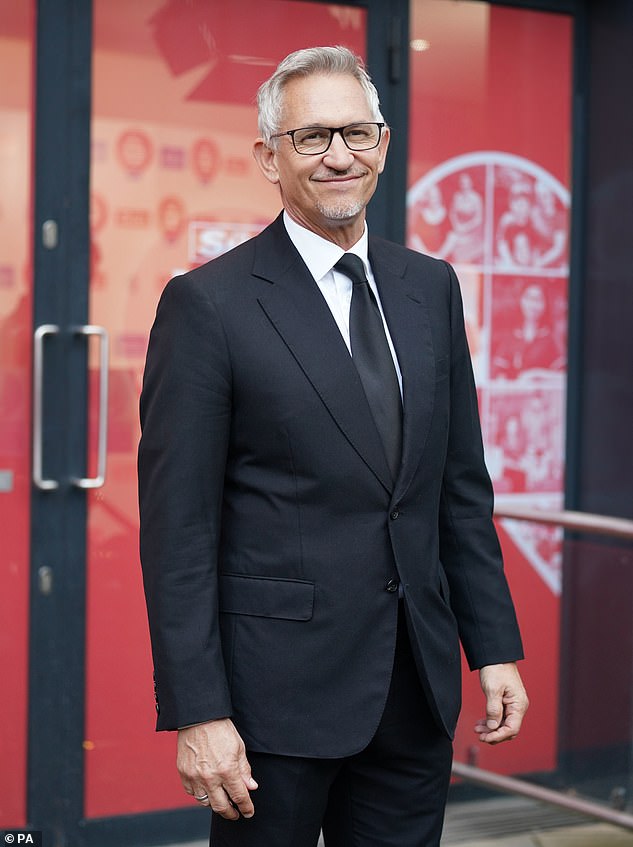 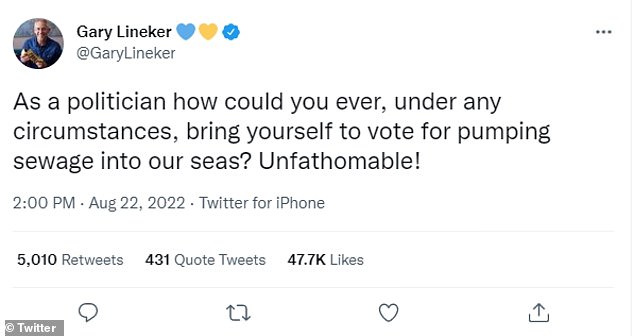 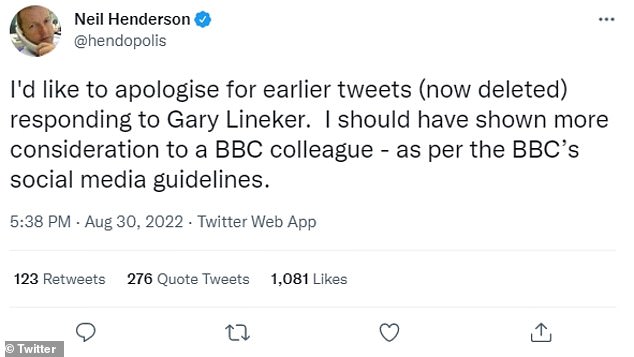 ‘I’m very supportive of Gary. I think he’s a brilliant presenter, and it’s a work in progress in terms of where he draws the line.

‘But we’ve had a good conversation and I think he understands the guidelines.’

Lineker attracted attention last month when he tweeted about the levels of sewage in Britain’s waterways and criticised politicians.

He tweeted: ‘As a politician how could you ever, under any circumstances, bring yourself to vote for pumping sewage into our seas? Unfathomable!’

However, Mr Henderson later deleted his reply and apologised to the football star.

Mr Brine said: ‘We’re paying Gary Lineker £1.35 million a year – he’s down ten grand on last year but I’m sure he’ll get by when his energy bill comes in. 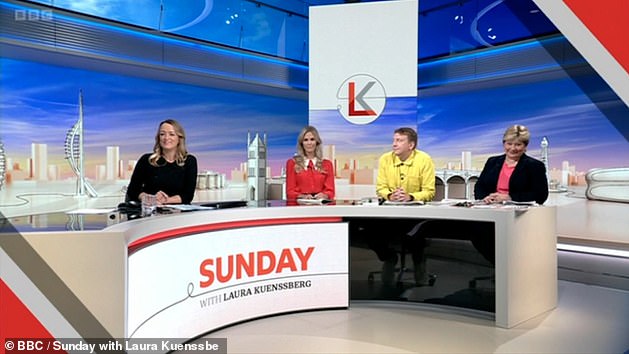 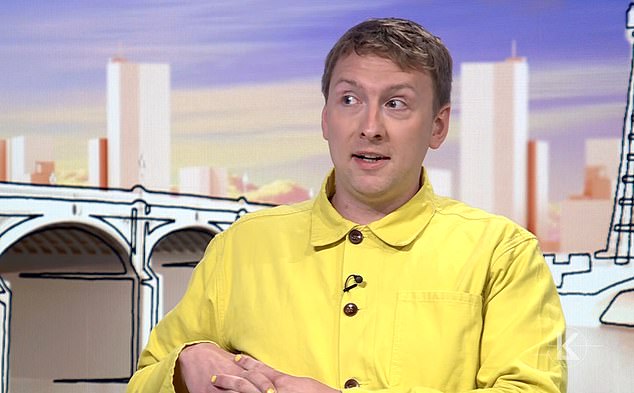 ‘He’s a brilliant pundit on football, but I don’t care what he thinks about water quality.’

Mr Davie argued Match of the Day pundit Lineker had softened his views on party politics when it came to Twitter in recent years.

He said: ‘I think we’ve seen a massive improvement to where he was a few years ago in terms of his entry into party politics.

‘Banning people completely from getting into any issues-based tweeting is probably the wrong position.’

The stand-up ironically applauded Liz Truss when she appeared on the programme and sarcastically voiced his support for her, leading to accusations of bias and poor decision-making.

Mr Davie said Joe Lycett’s satirical performance on the show was ‘slightly bemusing’, adding: ‘You can debate the merits of the booking. He may not be the next booking we make.’ 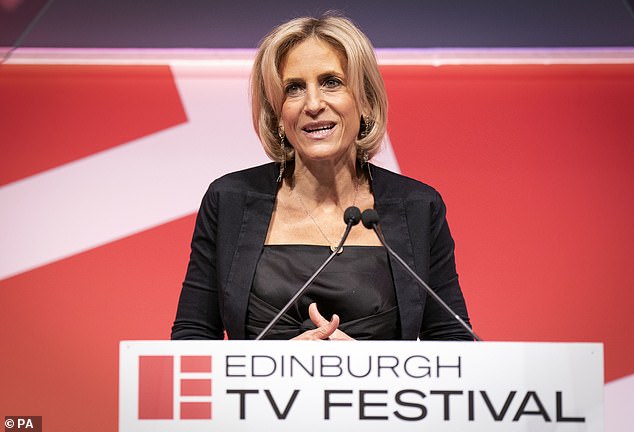 He said host Laura Kuenssberg: ‘Conducted herself… in an exemplary fashion in a slightly difficult situation. We move on.’

The director general also firmly rejected claims made by former Newsnight host Emily Maitlis that the BBC folded in too quickly after Downing Street complained about her controversial Dominic Cummings monologue in 2020.

Mr Davie said Ms Maitlis was an ‘outstanding journalist’ but insisted that rules were breached.

Mr Sharp also took issue with Ms Maitlis’s recent claim that Robbie Gibb, BBC board member and former No 10 communications director under Theresa May, was an ‘active agent’ of the Conservative Party.

He said: ‘That is absolutely wrong. It was one of the errors that Emily Maitlis made in her speech and I’m very disappointed that she made that particular point.’

Asked about the impartiality of the BBC’s content as a whole, Mr Davie told the Digital, Culture, Media and Sport Committee: ‘We do have hundreds of thousands of hours of output… and overall, I think we are delivering well, I do think that and it’s important that we’re proportional about this.’