Yorkshireman Mason, 39, pictured, the new presenter of Radio 4’s Any Questions?, told Radio Times: ‘When have you ever heard on a news programme somebody with a West Country accent? I can’t think of a single person, and that’s mad.

‘How many people with a Brummie accent? Or a Geordie accent? There’s hardly any! It’s absolutely absurd.

‘We’re broadcasting to a country with this incredibly rich diversity of voices and accents, and we hardly hear any of them broadcasting on the national airwaves.’

Mason believes his accent, which has been criticised, helped him land the Any Questions? job.

He said: ‘I think it’s probably been an advantage to me because I have come of age journalistically in an era where there’s a far greater awareness that the BBC in particular, and broadcasting in general, needs to sound like the audience it’s broadcasting to.’

Mason, who also presents podcast and TV show Brexitcast, revealed that he has come under criticism for the way he speaks. 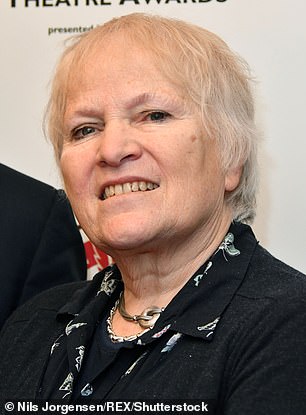 Libby Purves, hit out at the ‘poshly London-centric’ Radio 4

Earlier this year broadcaster, Libby Purves, hit out at the ‘poshly London-centric’ Radio 4 which doesn’t cover theatre its listeners can ‘afford’ to see.

The 69-year-old claimed listeners are not all ‘huddled in the South East’.

‘If you drew a Venn diagram showing R4 listeners and people who go to the theatre, the circles would widely overlap’, she said.

‘So why is theatre so lightly covered on the network, sharing Front Row and Saturday Review with exhibitions, films, music, books and star interviews?

‘And why, given BBC anxiety not to seem poshly London-centric, does R4 rarely bother with stuff its far-flung loyalists might actually see? And which, to be brutal, the “lower” social classifications might afford?’