BBC bulletins were breathless and ran for hours. Just one problem, it was fake news, says HARRY COLE

As the familiar pips signalled the opening of Radio 4’s Today programme at dawn on Friday, the main story on the bulletin was astonishing: ‘The boss of an NHS trust has asked the BBC to put him in touch with a fashion company making protective gowns because he fears he is about to run out.’

Over on BBC TV’s Breakfast, the same story led its bulletins too. This time a ‘major NHS trust’ had ‘contacted the BBC’.

For hours, the chilling warning from this leading NHS figure was plastered across the BBC website and repeated every half-hour on the airwaves. But then it simply disappeared.

By Friday evening, the BBC would be forced into a humiliating climbdown, ‘clarifying’ that their anonymous NHS trust boss was no such thing. The story was a fabrication.

A senior Conservative source hit out at the ‘slapdash’ piece of reporting and accused the BBC of failing to ‘carry out the most basic checks’. One BBC figure admitted the story ‘a f*** up’.

And Ministers have attacked the Corporation’s failure to apologise for the blunder – a ‘clarification’ was put online and played during yesterday’s Today programme, but no apology has been forthcoming.

On Thursday evening, Simon Browning – who BBC sources described last night as a junior reporter but whose title is actually senior business journalist – claimed he had been contacted by the ‘boss of a major NHS trust in southern England’ in a desperate bid to contact fashion firms Burberry and Barbour, which are helping to make personal protective equipment for the NHS. He took to Twitter with the boast in a now-deleted post. This senior director, Browning claimed, wished to remain anonymous, but he feared his trust would run out of protective gowns within hours.

By Friday morning, BBC News editors had made the claim their lead story, with Browning appearing on air to talk about his scoop.

But it was the word director that piqued the attention of experts – NHS trusts do not have directors, rather chief executives.

In Westminster and at the BBC, questions were being raised about the story, and it was already being widely mocked on social media. 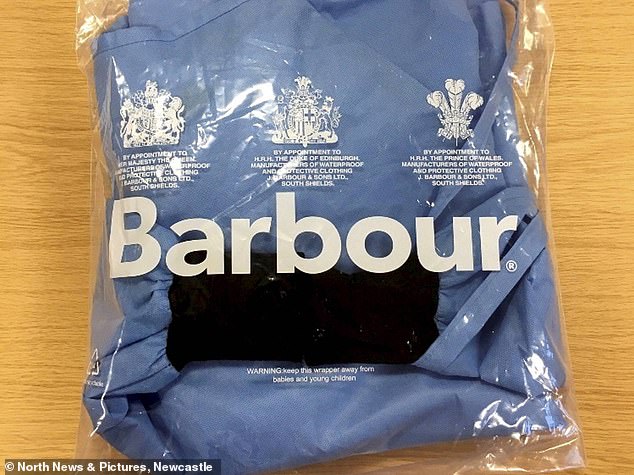 One senior Whitehall figure told the MoS: ‘As soon as I heard it, I knew it sounded fishy.’

But Twitter users were quick to point out that if a well-remunerated NHS chief had to resort to calling the BBC to get a phone number, they were clearly not very good at their vital procurement role.

One user wrote: ‘I got the number in about ten seconds from the Burberry website.’ Another added: ‘This stinks. Why doesn’t the BBC name the trust?’ And media source said: ‘It was clear this one was going to go south very quickly.’

It was also noticeable that the Today programme did not quiz Transport Secretary Grant Shapps about the claims when he appeared on the programme.

What happened in the next few hours remains a mystery, but is understood to be the focus of an BBC inquiry. But the story was already spreading like wildfire among other outlets, with Government critics quick to leap on the incendiary claims.

Left-wing radio host James O’Brien told his 650,000 Twitter followers that the NHS boss had shone a light on a ‘shambles’.

The BBC last night admitted the story fell well short of its editorial standards but there was further mystery as to why the decision was taken to identify its previously anonymous source – revealing he was not an NHS trust boss.

He was later unveiled by the BBC News At One as ‘senior health expert’ Paul Durrands. Mr Durrands, who has a doctorate in philosophy and molecular plant pathology, worked at the Department for Health for three years, where, his CV boasts, he ‘led the largest privatisation in NHS history, headlined as a £22 billion deal’. 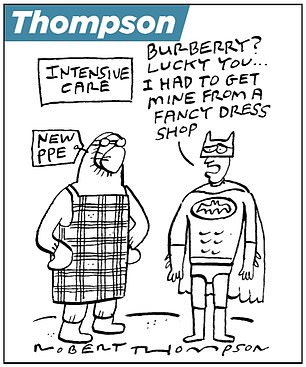 He was later a commercial adviser to the NHS South Central, but left in 2011. Since then he has been the chief operating officer of the Oxford Academic Science Network, a publicly funded ‘innovation exchange’.

It is understood he has been helping NHS trusts seek PPE, but is not and has never been a major NHS trust boss. He did not respond to requests for comment last night.

At 7.10am yesterday, BBC newsreader Zeb Soanes repeated the short clarification, saying: ‘On yesterday’s programme we reported that the boss of an NHS trust in England had contacted the BBC… We should clarify that the person concerned is not the boss of a trust but is a part of a network helping to source PPE for some NHS trusts.’

Last night there was mounting fury in government over the BBC’s error and its refusal to apologise for the blunder.

One Minister told The Mail on Sunday: ‘It is absolutely disgraceful that this led their coverage all day and they then expect a four-line “clarification” to be acceptable. The story was wrong and if they were a newspaper they would be ordered to give an apology due prominence.

‘But as it is the BBC, they just make up their own rules.’

Last night Lord Gilbert, chairman of the House of Lords Communications and Digital Committee, said the BBC must not damage trust in the media, adding: ‘Journalists have a vital role reporting from the coronavirus front line and it is important we trust them. Anonymous sources are a stock in trade of political reporting but coronavirus shouldn’t be reported in the same way as day-to-day political point-scoring.

‘During this crisis we need to be sure that anonymous sources have been thoroughly checked and accurately described. Journalists are right to hold Ministers to account but should be looking wider than Whitehall to ensure we learn the lessons of coronavirus.’

The BBC said: ‘This clearly did not meet the BBC’s editorial standards. We have corrected our error online and on the broadcast outlets where we reported it.’