By Katie Hind for the Mail On Sunday

Cruising along clear roads, posing in beauty spots and heading to a party weekend at Glastonbury, some of Britain’s top actors love taking to Instagram to flash their expensive cars.

But what many of them did not tell their fans is that they were lent the high-end Audi vehicles for free, in violation of advertising rules.

The industry watchdog is now examining the social media posts of ten actors following the results of a Mail on Sunday investigation.

Actors including McMafia star James Norton, Line of Duty’s Martin Compston and The Crown’s Vanessa Kirby were gifted the use of the cars before posting the images, all with the four-ring logo of the car maker, known for its Vorsprung Durch Technik’ slogan, in clear view.

It is prohibited to post sponsored content without disclosing it, and the Advertising Standards Authority (ASA) say ‘influencers’ should come clean about any financial arrangements.

A benefit in kind such as free use of a car could also land them in hot water with the taxman if they did not declare it.

Last May, 34-year-old Mr Norton took a selfie with a teddy bear in a loaned Audi, and wrote: ‘Driving with this fancy Dan (the teddy) to see my new nephew. Thank you @audi for getting us there safely and swiftly @tonyameli [a marketing expert who ‘connects brands and talent’] @audiuk #bearwithme.’

X-Men actor James McAvoy, and Douglas Booth, who starred in the BBC adaptation of Great Expectations, have also uploaded similar images of Audis to social media. 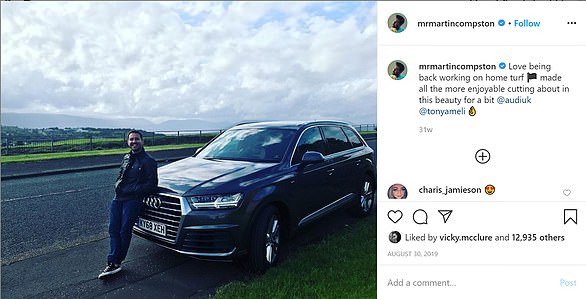 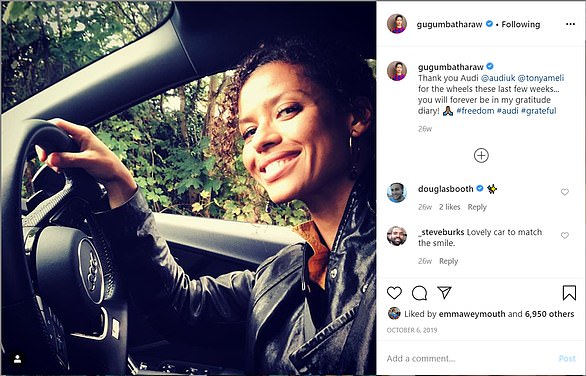 Mr Booth, 27, posed on the bonnet of a £50,000 Audi A7 in January, writing: ‘A perfect weekend away… Thank you @audiuk and @tonyameli for the equally perfect @audi #A7. It drives like a dream and, luckily, can also fit in enough supplies for 40 pals!’

Last June, he posted a photo of a different Audi that he had driven to the Glastonbury festival, saying: ‘We’ve arrived! Thank you so much @audiuk @tonyameli for getting us here in one piece! Let’s go dancing.’

Following controversy about the transparency of online celebrity endorsements two years ago, the ASA said stars should ‘make clear when it’s advertising or has a commercial message. Ultimately, if it’s not obvious… a clear and prominent disclosure is needed’.

They also tell influencers to be ‘upfront’ if any free gifts are given in exchange for exposure – advising that merely thanking a brand is not a clear enough explanation. 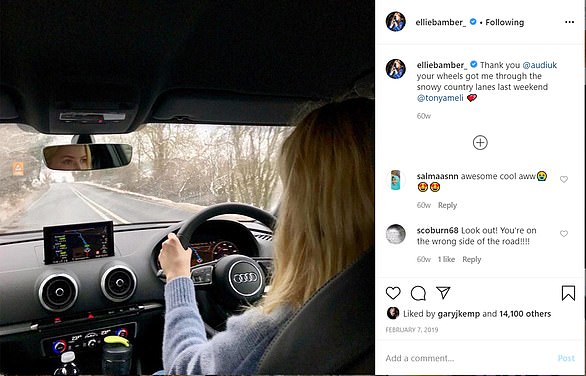 This weekend, the ASA said it would be examining the social media posts of ten actors, also including Ellie Bamber, who starred in The Trial of Christine Keeler; Gugu Mbatha-Raw, 36, the star of Miss World movie Misbehaviour, Outlanders’ Sam Heughan, Lucifer’s Tom Ellis and Sam Claflin from the Hunger Games and Peaky Blinders.

HM Revenue & Customs said any benefits in kind should be declared on tax returns. A spokesman said: ‘There are no special rules for those walking the red carpet.’

Last night an Audi spokesman said: ‘Audi works with various ambassadors and we will remind them of the need for #ad to be included in social posts relating to the brand.’ 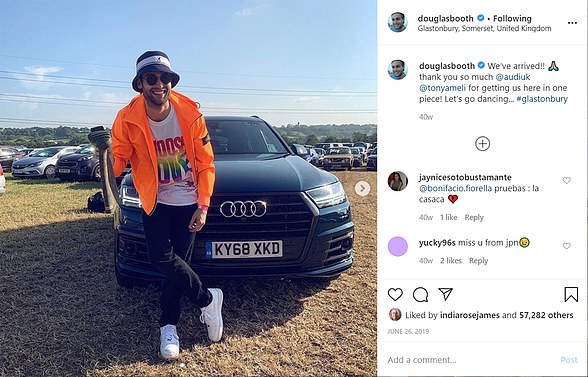 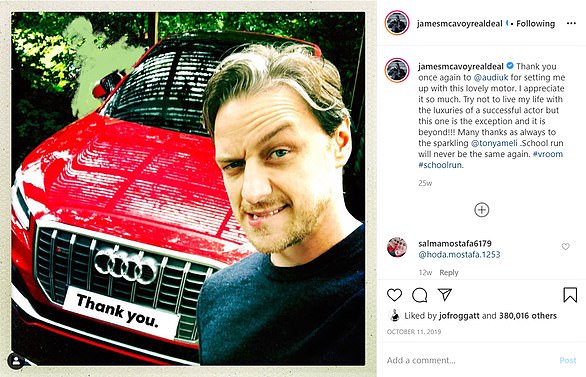 After this newspaper contacted representatives of all the celebrities mentioned, the ‘#ad’ hashtag was added to Audi posts from Mr Booth, Mr Ellis and Ms Kirby.

The others did not respond.