For England’s footballing lions, it has been an impossible dream for more than 50 years – but not for our lion cubs.

In a thrilling encounter in India yesterday, England pulled off a sensational 5-2 victory over Spain in the Under-17s World Cup Final.

Having fallen two goals behind, the youngsters – who swept aside Brazil in the semi-final – fought back with a goal blitz.

History boys: England’s Under-17s won the World Cup with a thrilling 5-2 victory over Spain in the final 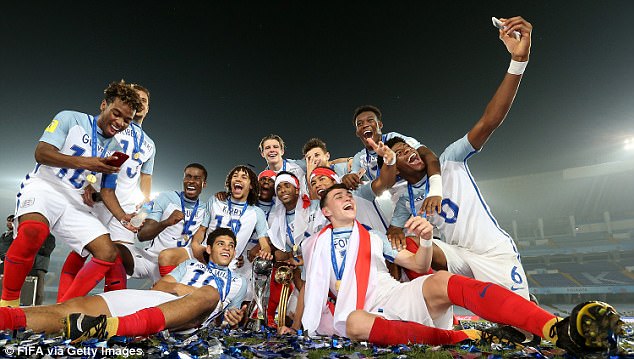 But the BBC cut the BBC2 broadcast short, switching to a repeat of Gardeners’ World. It meant that viewers missed seeing the youngsters lift the trophy 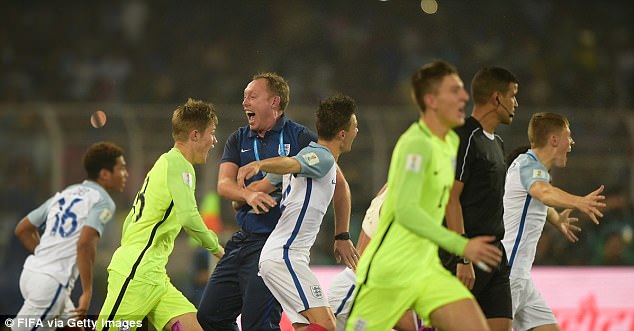 England’s young lions had fallen two goals behind but roared back to score five without reply. It is the first time the Under-17s team has won the competition

They emulated England Under-20s who lifted their World Cup in June, beating Venezuela to give the nation its most significant international title since 1966.

Expectations are low for Gareth Southgate’s men at the World Cup in Russia next June, but the success of the junior squads must bode well for the more distant future.

The Under-17s team has never before progressed beyond the World Cup quarter finals. But after Wolves midfielder Morgan Gibbs-White equalised yesterday, the squad never looked back. 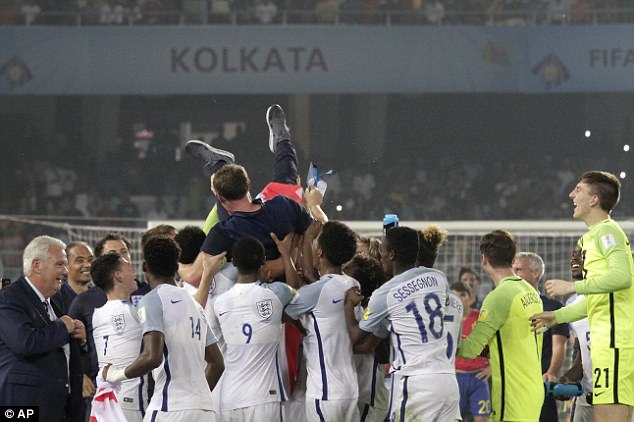 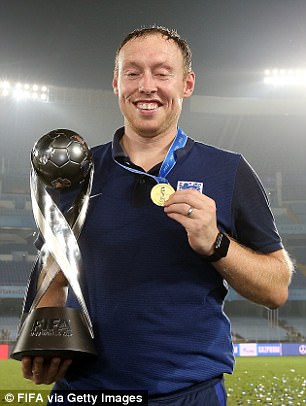 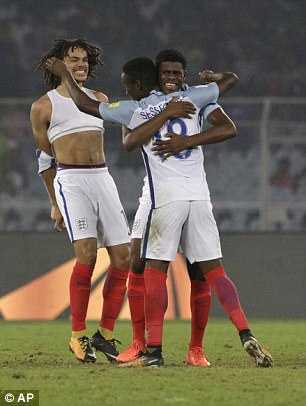 Pride of the Lions: England manager Steve Cooper (left) posed with the trophy after watching his young charges pull off a stunning comeback 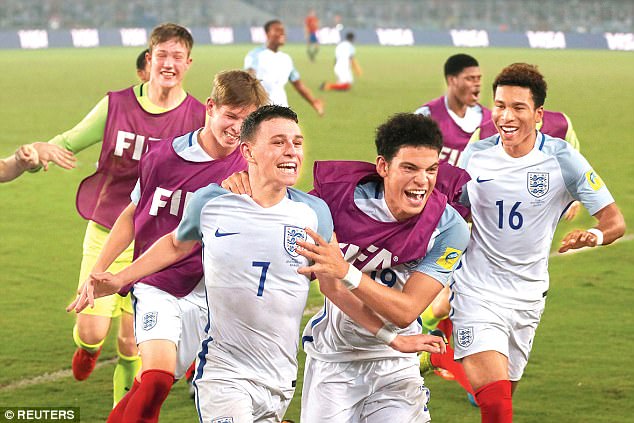 Manchester City’s Phil Foden (number seven), the man of the match, put England ahead, later slotting in the fifth in the dying minutes

Manchester City’s Phil Foden, the man of the match, put England ahead, later slotting in the fifth in the dying minutes.

The afternoon’s only sour moment came when the BBC cut its BBC2 broadcast short, switching to a repeat of Gardeners’ World. It meant that viewers missed seeing the youngsters lift the trophy.

One said: ‘I’m furious – words can’t describe how I feel about the BBC. These young men have just produced something marvellous – and all we get is a gardening programme.’

A BBC spokesman said: ‘We are delighted that we were able to create room in the BBC2 schedule to bring England’s impressive victory to a free to air audience.

‘The U17s World Cup Final was shown live and in full including post match reaction.

‘The BBC Two programme clearly signposted that the trophy presentation would continue on the BBC red button – which is available to 97% of the UK population as well as on the BBC Sport website’.