The nerve centre at the heart of Facebook where users’ photos and messages are stored has been revealed after cameras were allowed inside for the first time.

A new BBC Two documentary has revealed huge rows of servers and shelves full of cables and equipment at the social network’s base in Silicon Valley, California.

The Horizon programme on at 9pm tonight follows staff trying to fix problems such as data leaks, fake news and hacks which have threatened to bring down the firm. 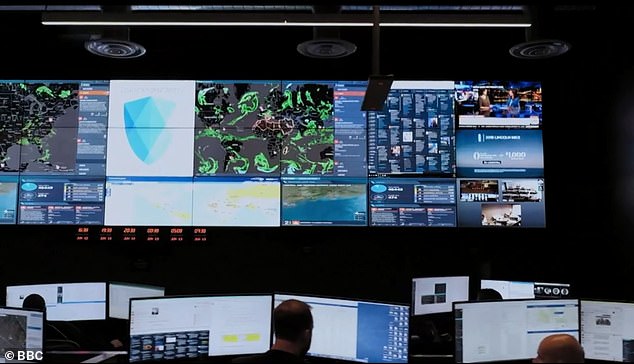 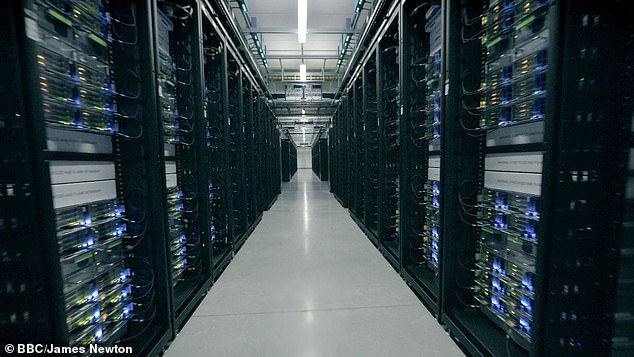 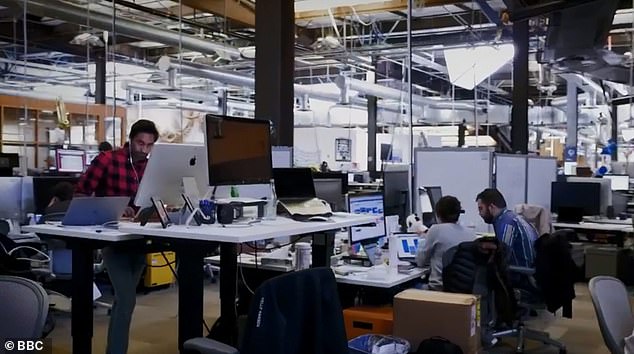 It also reveals a hidden technological playground where top engineers are trying to build unique systems and technology to help Facebook become even bigger.

Among its areas of research are training artificial intelligence to analyse human movement and using drones to send the internet to remote places.

Mark Zuckerberg’s company has grown to be worth an estimated $500billion in just 15 years but has been hit by a series of scandals over the past few years.

In the BBC Studios programme, Inside the Social Network: Facebook’s Difficult Year, a senior executive says: ‘We know that what we’re doing matters to a lot of people. 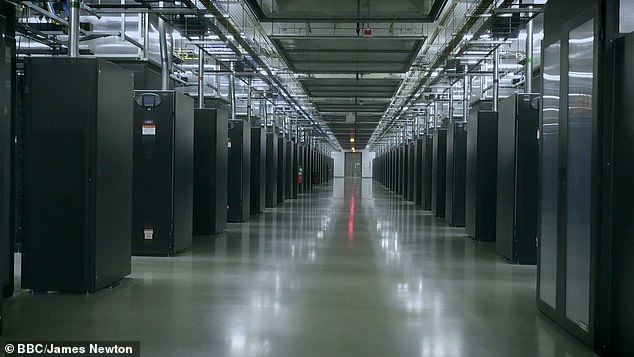 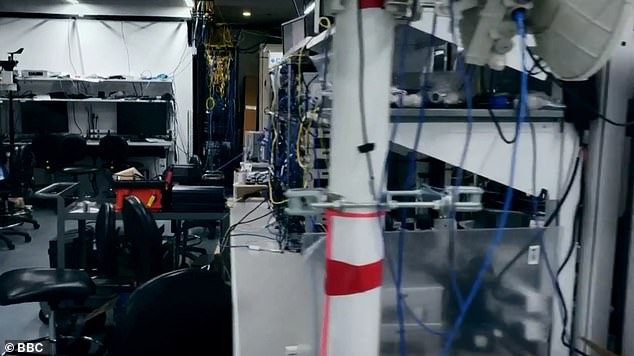 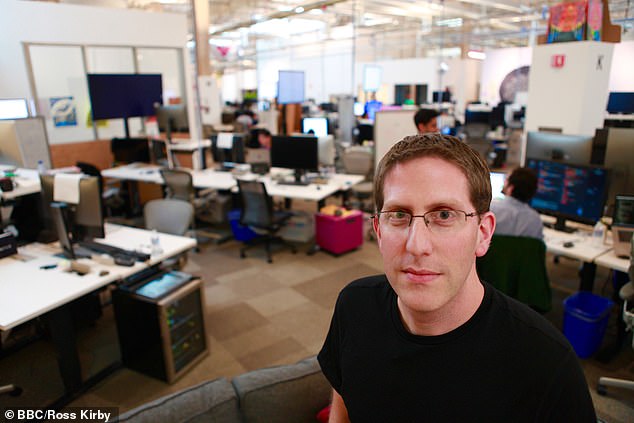 Guy Rosen is a vice-president at Facebook, overseeing its work on safety and integrity 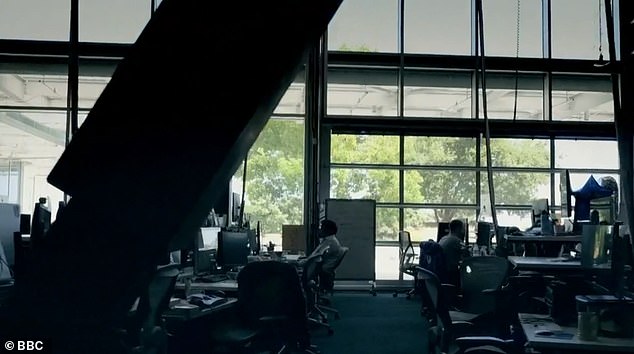 ‘It matters very much to us. And at our scale, and our volume, even if we get it right 99 per cent of the time, it still means we are making thousands of mistakes every day – and every one of those mistakes is important to somebody.’

The show also sees the team respond to an ‘amber alert activation’, and hears a talk given by Jonny Oser, the head of Facebook’s global communication team.

He says: ‘When we give feedback, we give feedback in a way that is constructive, but we don’t believe in being a***holes. That’s straight up, we just don’t tolerate d***s.’

In a disastrous period for Facebook the firm has been hacked, allowed a data firm to gather data from users and faced waves of criticism over its role in enabling the spread of misinformation online.

Cambridge Analytica, a British-based political consultancy firm which had ties to the Trump campaign, was found to have misused the data of tens of millions of Facebook users.

The number was initially estimated at around 50million but later revised up to as high as 87 million. 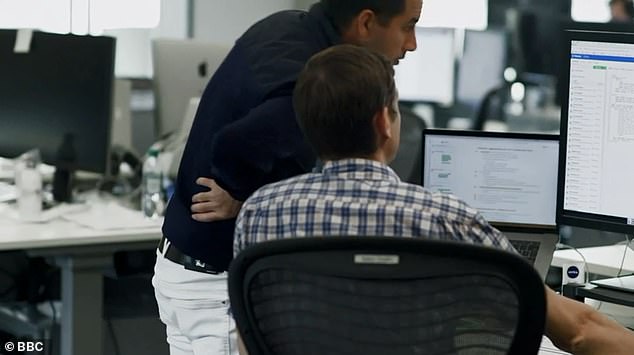 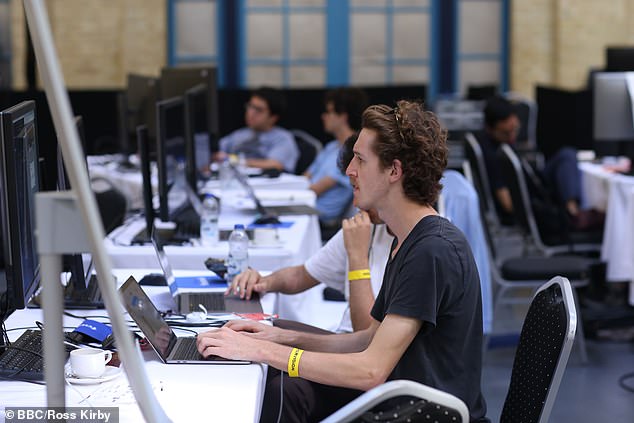 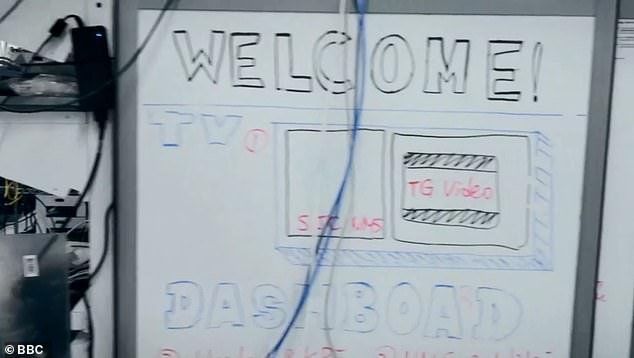 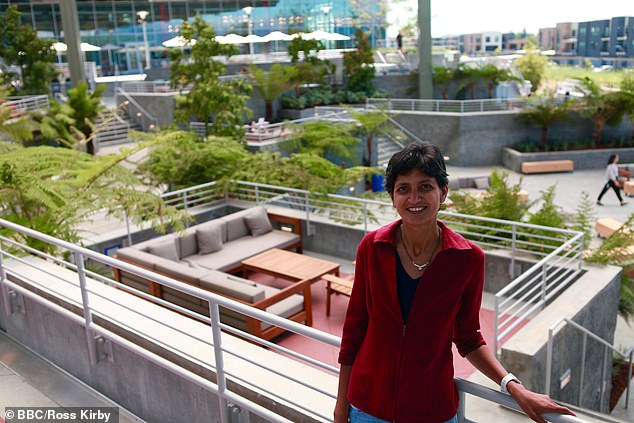 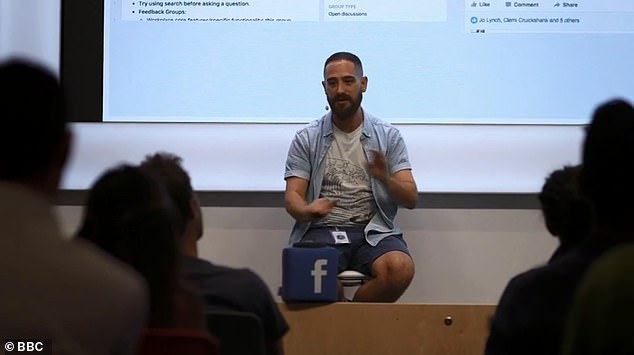 Two weeks later, the company said that data belonging to 29million other users had been stolen.

Facebook has also been criticised for allowing users to spread terrorist propaganda and child abuse online.

Earlier this month the UK Competition and Markets Authority placed Facebook in its crosshairs with a major probe into the online advertising industry.

It will examine if Facebook and Google abuse their control of customers’ data to exclude competition and overcharge advertisers, who pass on costs to consumers.

Germany has also cracked down on Facebook’s data collection, banning it from combining data from WhatsApp, Instagram and websites that use its ‘like’ button. 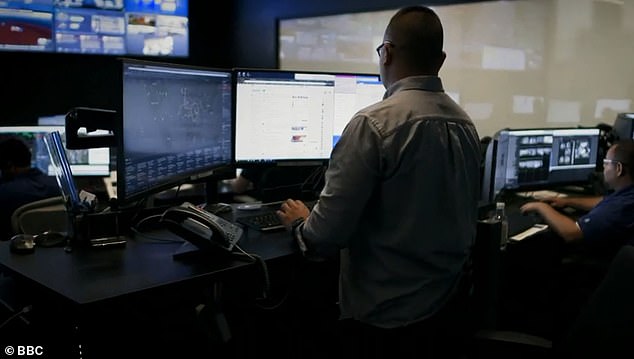 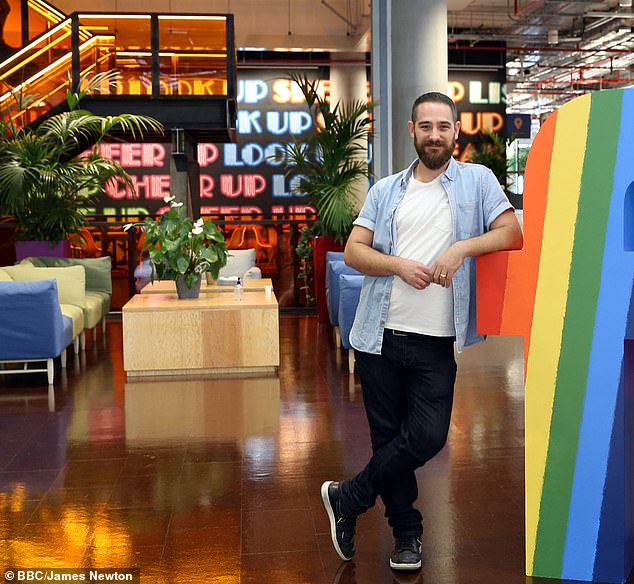 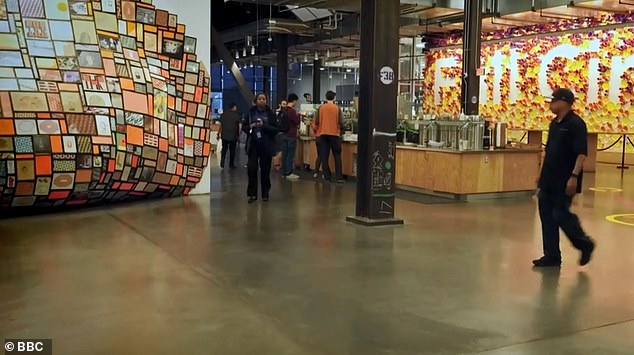 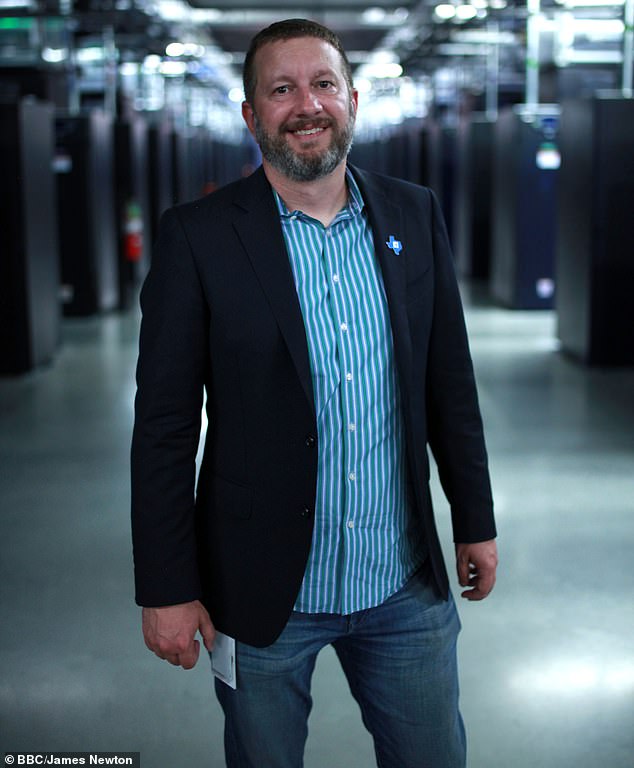 Meanwhile the Bank of England is closely watching Facebook’s bid to create its new online currency Libra amid fears of an unregulated free-for-all.

It will allow customers to buy and sell products over Facebook-owned services such as Whatsapp – potentially giving it details of billions of people’s spending habits.

Inside the Social Network: Facebook’s Difficult Year is on BBC Two at 9pm tonight