The BBC’s drive to promote women has led to men feeling the corporation no longer reflects them after efforts to increase the number of female stars and up women’s pay.

The number of male viewers who do not feel they are reflected in the BBC’s content has increased since last year as the corporation’s drive for gender equality continues.

The BBC’s annual report shows that 28 per cent of its male viewers feel the corporation ‘no longer reflects people like me’, up from 23 per cent last year.

When asked if the BBC is effective in its mission to inform, educate and entertain, only 75 per cent of men said yes compared to 82 per cent of women.

It comes as the BBC continues its efforts to increase gender equality through its 50:50 project, an initiative that aims to increase the number of women on air and on screen.

The project has seen the BBC increase the salaries of some of its most high-profile women such as Zoe Ball and increase the number of female stars in its shows such as Line of Duty.

A report has revealed men feel the BBC no longer reflects them after the drive to increase women on air and on screen. Pictured: Vicky McClure and Kelly McDonald in Line of Duty

The report states: ‘There are differences in the consumption and impact of the BBC comparing between audience groups though that we are seeking to narrow, and perceptions that we are focused on improving.’

The BBC has been making a concerted effort to increase the number of women on its screens and to close the gender pay gap in recent years.

The 50:50 project was launched by the BBC in 2017 after the issue of gender equality came under the spot light when the organisation published the salaries of its highest earners with no women inside the top 14.

Director General Tim Davie describes the initiative as ‘as a simple idea to measure and increase representation of women on one BBC news programme’.

But the idea has since been rolled out across the organisation and includes not just news programmes but all forms of content.

As a result, it saw the BBC drive up the number of women on screen and on air and has seen the likes of Zoe Ball and Sarah Cox take over prime time slots on BBC Radio 2, for example.

The report itself is dominated by pictures of women, including Kelly Macdonald and Vicky McClure without any of their male co-stars from Line of Duty. 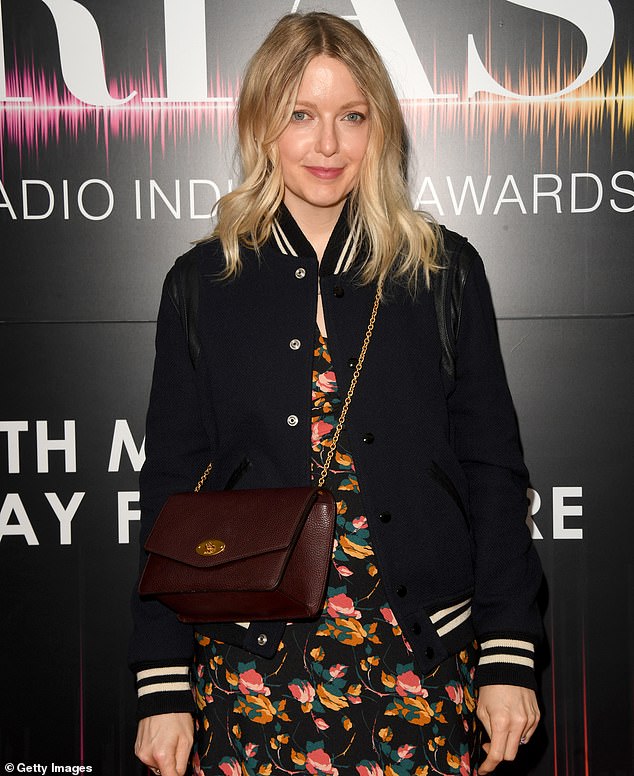 Pictured: Lauren Laverne remains one of the top paid talents in the BBC

The football coverage is accompanied by photos of commentator Alex Scott and BBC Radio 4’s Today programme is represented by Mishal Husain and Martha Kearney without Nick Robinson and Justin Webb.

Meanwhile, the corporation has also worked to close the gender pay gap in recent years by ensuring some of their most high-profile talent such as Zoe Ball and Lauren Laverne are among the top earners.

The issue came under the spot light when the organisation published, in 2017, the salaries of its highest earners, those who earned more than £150,000.

BBC is at risk of losing out to Netflix as young people continue to turn away from Corporation, report says

The BBC said it had cut spending on its top stars by 10% and reduced its total public sector workforce by over 1,200 in the last financial year, becoming leaner even as the COVID-19 pandemic disrupted production and demand for news soared.

The broadcaster, which is funded by a licence fee paid by all TV-watching households, currently £159 pounds, is facing increasing competition from video-on-demand services like Netflix and political scrutiny of its output, particularly news.

The BBC revealed that iPlayer, Sounds and BBC News Online had seen a boom in 2020/21, with performance ‘within or above the target range’.

But it also warns of the pressure coming from rival streaming services such as Netflix.

The report states: ‘The market pressures that are already intense among 6-15s are biting harder amongst 0-6s now amidst the focus of global media providers such as YouTube, Netflix and Disney+ on these audiences.’

But the amount of time spent with the BBC overall among under-16s has ‘stayed steady over the past two years’, it adds.

The list revealed that only two of the top 14 employees were women while men made up two thirds of the overall list.

There have also been several high profile cases of pay discrimination against the corporation.

Ahmed argued that Jeremy Vine was being paid six times her salary for very similar work on Points of View.

The previous year, radio presenter Sarah Montague won a £400,000 settlement and an apology from the broadcaster over unequal treatment.

Sarah Montague discovered in 2018 that she was being paid less than her colleagues for the same work on the World at One programme.

Carrie Gracie resigned from her position as China editor in 2018 in protest at pay inequalities at the broadcaster after discovering she was being paid less than other international editors.

Meanwhile, Gracie was not listed meaning her salary was less than £150,000.

Ms Gracie said she was dismayed to discover the BBC’s two male international editors earned ‘at least 50% more’ than its two female counterparts.

She was eventually given a full apology by the corporation and received back pay, which she donated to a women’s equality charity.

A BBC spokesman said: ‘The BBC is the most used media brand with 90 per cent of adults coming to us on average per week.

‘In the last year we have delivered on our public service mission to inform, educate and entertain with record numbers in TV, radio and online.

‘We know there is more to do and we are committed to providing brilliant value and a great service for all audiences.’