David Attenborough’s latest show Dynasties has left fans sobbing every Sunday over the past few weeks – but the latest episode had plenty of pets captivated too.

Episode three, which focused on a female-led lion pride on Kenya’s Masai Mara, saw cats up and down the country pawing at the screen trying to touch their distant relations.

Viewers took to Twitter to share snaps of their cats getting a little too close to the small screen as 14-year-old lioness Charm’s son was poisoned by humans.

Other felines were pictured transfixed as their stared at the screen, seemingly with eyes wide with amazement.

Many users claimed their pets never watched TV and that only Dynasties, narrated by Sir David Attenborough, had caught their attention. 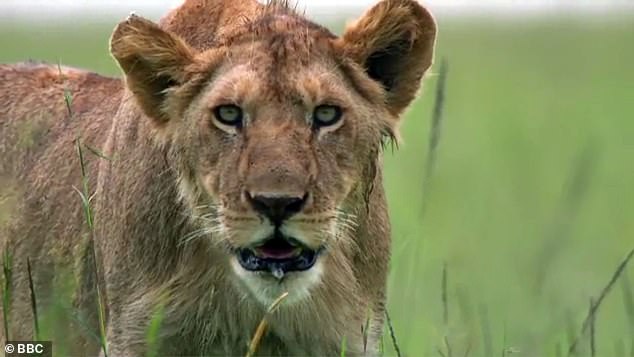 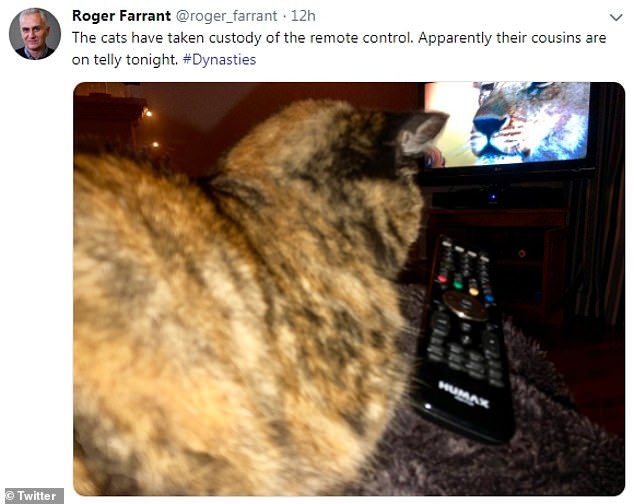 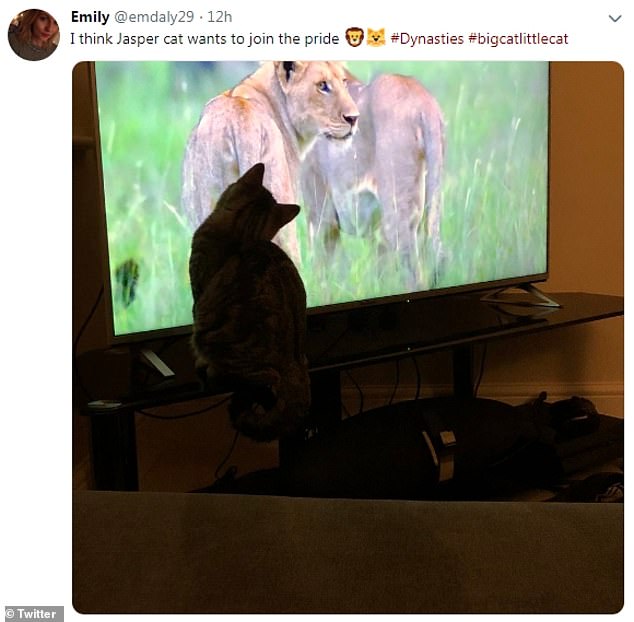 Londoner Katherine wrote: ‘My cat never reacts to TV but I think #Dynasties has her attention.’

Dan Fear, from Somerset, said: ‘Cat never normally watches telly. But he seems to be taken by this episode of #Dynasties #mogglebox.’

Daniela Coelho, from Dorset, tweeted: ‘My cat, Indy, is engrossed in this episode of #Dynasties @BBCOne @BBCEarth.’

Others joked that their cats wanted to join the famous Marsh Pride.

Roger Farrant, from Bristol, added: ‘The cats have taken custody of the remote control. Apparently their cousins are on telly tonight. #Dynasties.’ 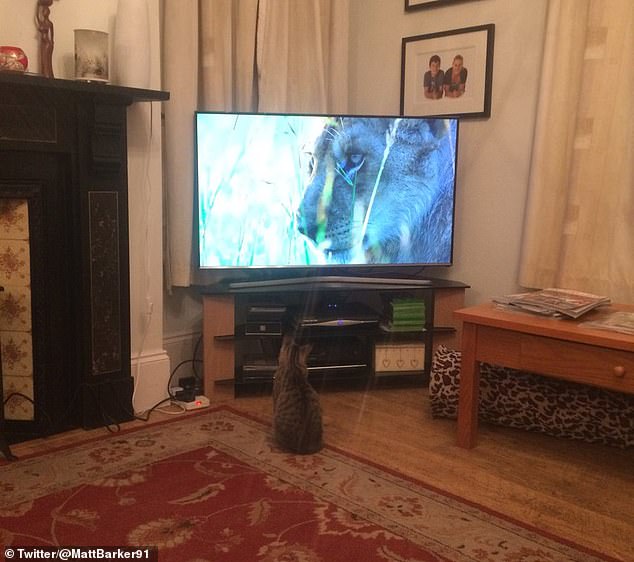 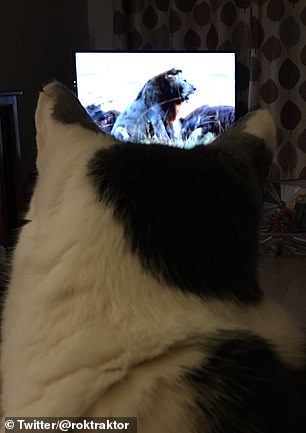 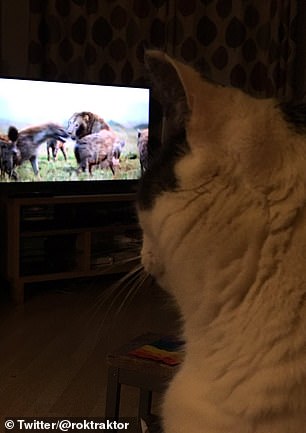 Dan Fear’s cat seemed completely engrossed by the action. He said it was like an episode of Mogglebox 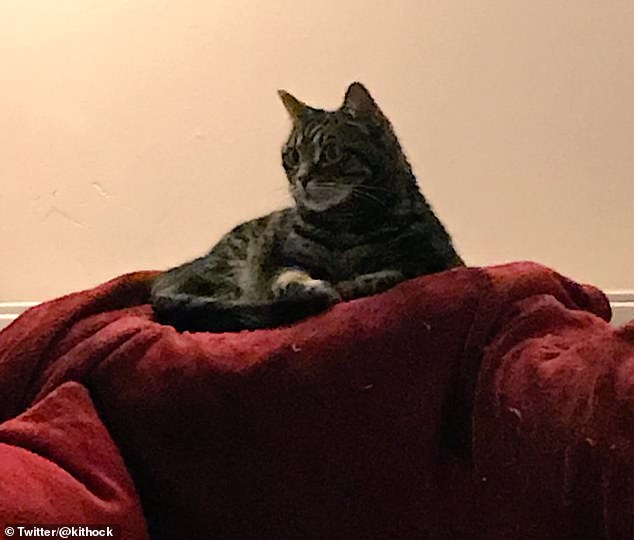 Katherine’s cat had the perfect spot on top of the sofa to watch this week’s episode, which saw 14-year-old lioness Charm’s son poisoned by humans 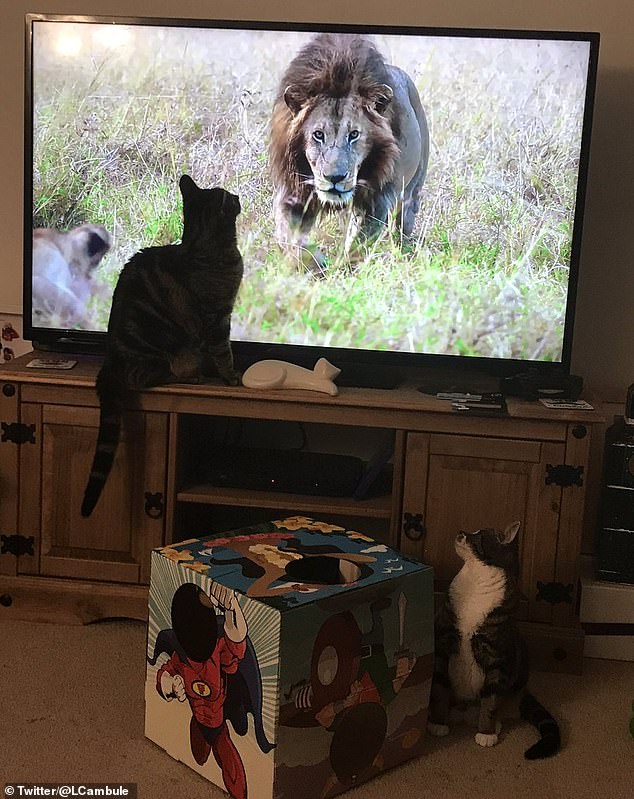 Lee Cambule watched his cat square up to the lion on screen before being scared by a shadow, and joked he was a wannabe lion

David Attenborough’s latest show has five episodes, each focusing on a different animal.

In a particularly heartbreaking scene the crew caught the moment a group of birds had fallen over the edge of a chasm after a white-out, and were left trapped with their young in bitter -60C (-76F) conditions.

Horrified viewers watched as one bird was forced to abandon her chick who couldn’t make it out of the steep ravine, and took to Twitter to share their heartbreak over the traumatic scenes.

Episode one centred on a group of chimpanzees, while the fourth and fifth will feature painted wolves and tigers respectively. 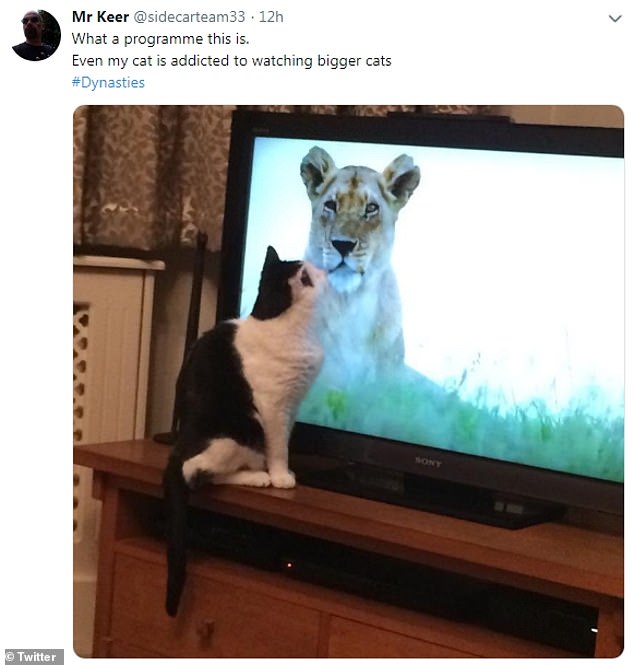 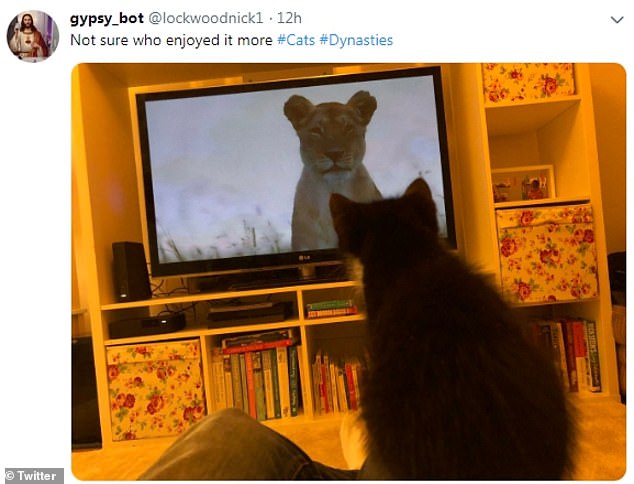 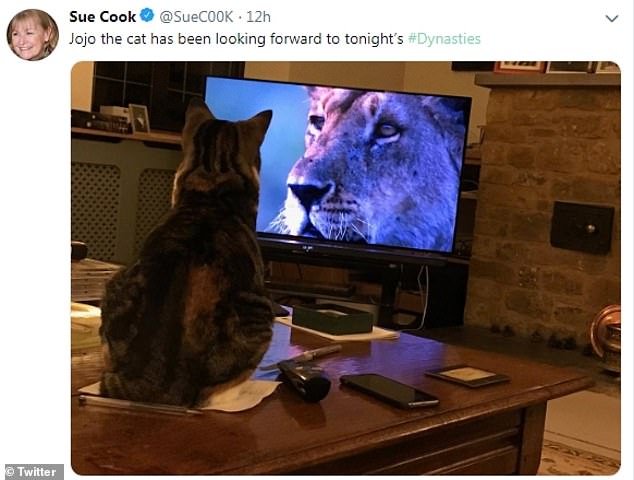