By Samantha Mordi For Mailonline

BBC director Rebecca Harrison has revealed her terror after interviewing three psychopaths in an American prison.

The Horizion documentary maker and her camera crew went to Indianapolis prison, after ‘months of negotiation’ to find out the answer to the question – what makes a psychopath?

She sat opposite three ‘ideal candidates’; Mark Moye, a child molester Ryan Klug a murderer and Joshua Wright, who was serving 100 years for numerous horrific offences. 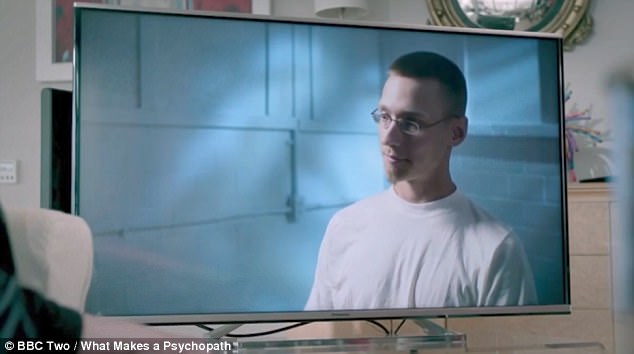 She interviewed Joshua Wright (pictured), a seasoned criminal who was in the institution for murder, rape, burglary and moving a body from the scene for the BBC show The Horizon

It was her discussion with Joshua, a seasoned criminal who was in the institution for murder, rape, burglary and moving a body from the scene, that in her eyes revealed a psychopaths warped reality.

Her chilling interview with the 17-year-old revealed what she described as a ‘charming mannerism’ that sucked her in to the avid readers past.

The clean shaven teenager spoke causally of his past offences, he boasted about being able to ‘read’ people just by looking at them.

‘You’re on edge a little bit’ … ‘I’m not a threat.’ … ‘You’ve got dark pants on; you’ve got dark boots on. Your boots alone are laced all the way tight and your pants are darker of a colour, so you started today with a firm, determined goal…’, the prisoner told a ‘petrified’ Rebecca of her appearance.

Rebecca said the interview certified in her mind what the American prison system struggle to diagnose in ‘every inmate’. 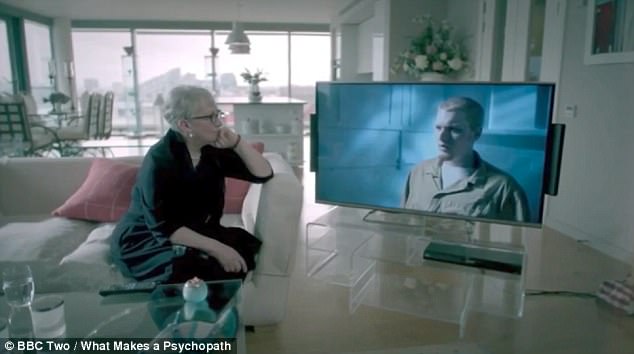