BBC floor manager tries – and fails – to duck behind the sofa

Live television can be the trickiest of art forms…as a BBC Breakfast floor manager showed this morning.

With a sofa full of stars, including Kevin and Karen Clifton and Alexandra Burke, the floor manager, known as Tracey, was caught hovering on set with the cameras rolling.

To avoid being caught out, she immediately dropped to the floor – but viewers could clearly see her trainers poking out from behind the sofa.

Best foot forward! Tracey the BBC Breakfast floor manager dropped to the floor after she was caught on camera on the new show this morning…despite her best efforts viewers still spotted her trainers poking out behind guests Kevin and Karen Clifton 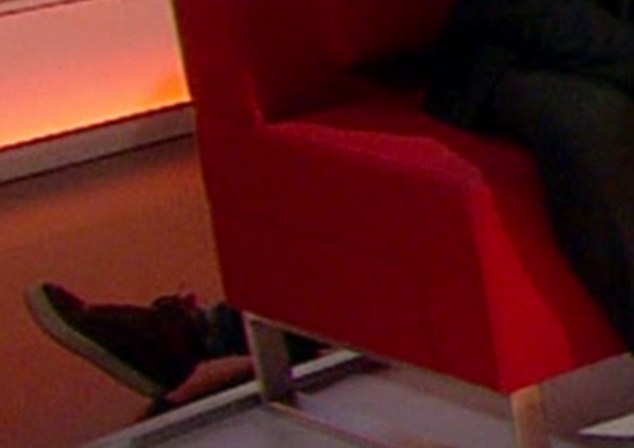 Blooper! When Tracey found herself in the wrong place at the wrong time, she tried to disappear…but her sneakers gave her away 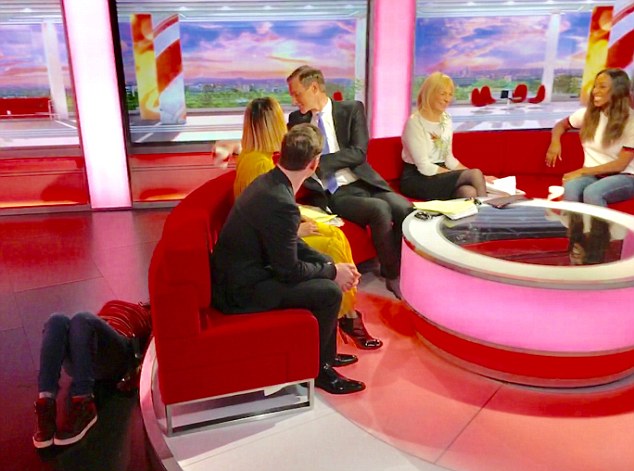 Presenter Dan Walker poked fun at his off-screen colleague, posting this image of her trying to hide to Twitter

Presenters Louise Minchin and Dan Walker couldn’t contain their giggles and confessed to viewers that the off-screen member of the Breakfast team was indeed hiding behind the couch.

Guests Karen, Kevin and Alexandra dissolved into laughter as Walker leaned over the sofa and asked ‘Are you alright there, Tracey?’

The show highlighted the blooper by tweeting a photo of the floor manager’s feet sticking out – all while the conversation continued to flow between the presenters and the Strictly Come Dancing stars.

Viewers wasted no time in pointing out that they could still see Tracey’s feet while the cameras continued to roll.

On social media, Walker posted an image of Tracey lying on the floor – and another shot of her posing with guests also appeared. 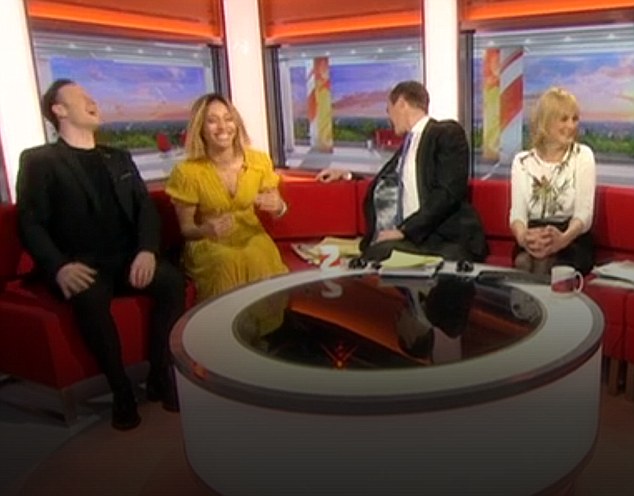 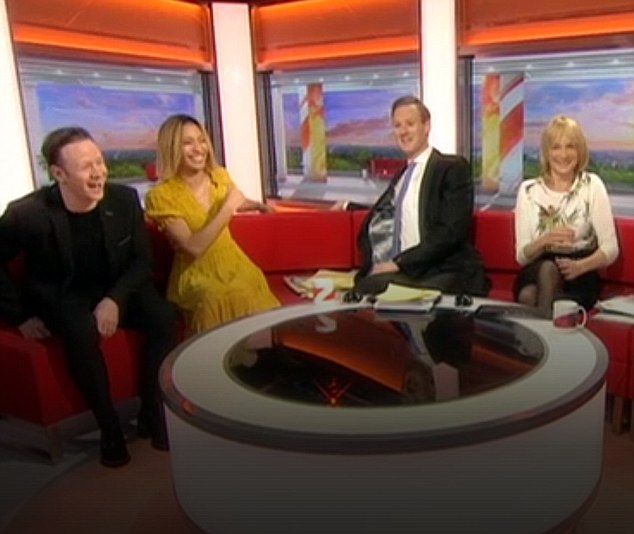 Viewers took to social media to comment on the morning comedy, saying they loved the on-air mishap 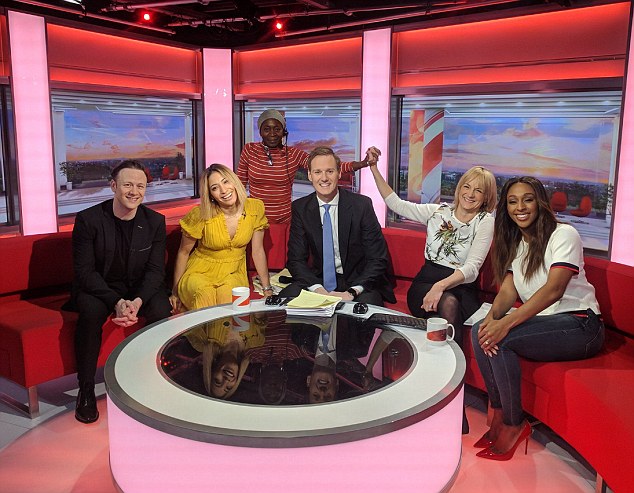 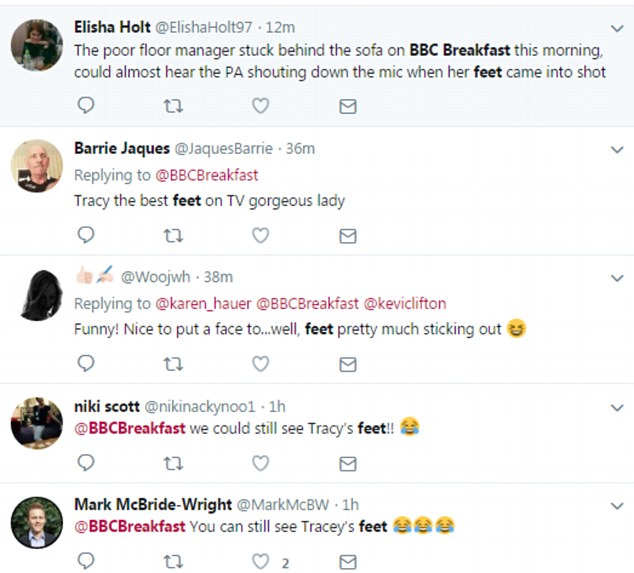 @ElishaHolt97 wrote: ‘The poor floor manager stuck behind the sofa on BBC Breakfast this morning, could almost hear the PA shouting down the mic when her feet came into shot.’

When the hilarity had died down, Strictly stars Kevin and Karen talked to the show’s presenters about their up-and-coming tour, their first since they announced they had officially separated.

The dancing couple, who have five Strictly finals to their names, said they were still ‘best friends’ and would continue to collaborate closely professionally.