Dan Snow, pictured with his wife Lady Edwina and their children, admitted to lying to one daughter about women’s role in history

As a historian, you would expect him to be a stickler for the facts.

But the BBC’s Dan Snow admits he lies to his daughters about women’s roles in history so they feel free to ‘follow their dreams’.

The father of three, who has a history slot on the BBC’s One Show, said that he didn’t want to ‘expose’ his two daughters to the ‘grim realities of pre-20th century gender relations’.

The Oxford graduate, 39, admitted that during a visit to an aviation museum, he even told one that women flew Spitfires in combat during the Second World War.

‘Having to then explain to her why all the pictures of women are of them in ball gowns or in formal dress looking quite wooden and all the pictures of men are of them rampaging around having a great time, being heroic and climbing mountains, shooting things, being soldiers. That is something I struggle with. Now at some stage she’s going to learn that I lied to her and she’s going to find out that women weren’t allowed to do active front-line service so I’ll cross that bridge when I come to it.’

Speaking on the Parent Hood podcast, hosted by Ben Fogle’s wife Marina, he admitted to telling his daughter that women pilots flew Spitfires in action. Knowing that women were allowed to fly them as delivery pilots, Snow showed the girl online pictures of women in the cockpit – telling her they were in battle.

He explained: ‘I have thought about it in terms of gender and exposing my daughters to the realities of pre-20th century gender relations which are pretty grim and I guess you’ve got to, but I’m bringing her up in a way that she’s hopefully seeing her gender as something that is not an obstacle to doing anything.’

While women weren’t allowed to pilot Spitfires in battle during the Second World War, some joined the Air Transport Auxiliary. 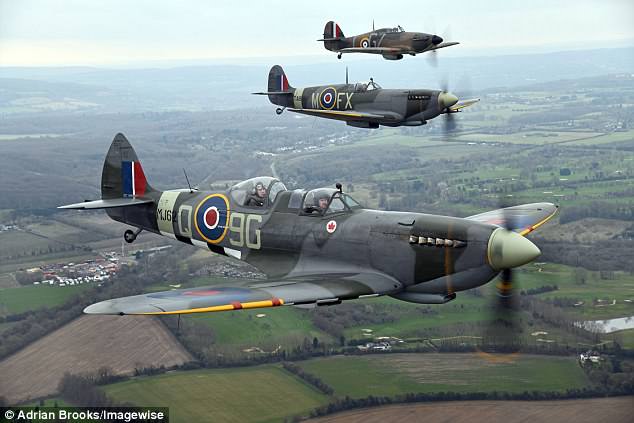 Women were only allowed to fly fighters and bombers on deliveries taking aircraft to and from frontline squadrons. Of 166 female pilots, 15 lost their lives 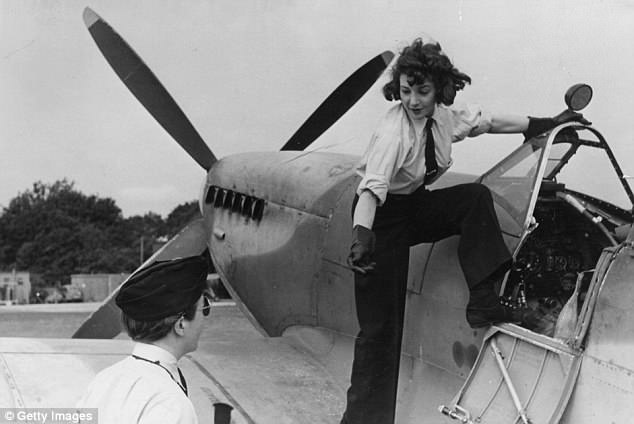 The women, such as this pilot entering a Spitfire in 1944  were part of the Air Transport Auxiliary

This saw female pilots deliver Spitfires and bombers to front-line squadrons, flying them between UK factories, maintenance units, active service squadrons and airfields. They also ferried service personnel on urgent duty as well as performing air ambulance work. During the war, there were 166 women pilots, 15 of whom lost their lives. Snow, who has presented numerous history programmes for the BBC, continued: ‘If you are a person of colour or pursuing non-traditional identities, it is a bit harder because history is a reminder that the world you have created for your children is quite an unusual one where whatever sex you are, whatever sexual orientation you are you can aspire to anything. So I do think about that and actually I lie a bit about that, as well. I have to say.’

Women were called up for war work in 1941. Initially only single women aged 20-30 were required to serve. But by mid-1943, 90 per cent of single women and 80 per cent of married women were working in factories, on the land or in the armed forces. They took on roles such as munitions workers, air raid wardens, mechanics, engineers, bus and fire engine drivers.

At one point, there were more than 640,000 women in the armed forces. Some worked behind enemy lines in the European resistance in the Special Operations Executive. Others served in the Women’s Royal Naval Service (WRNS), the Women’s Auxiliary Air Force (WAAF) and the Auxiliary Territorial Service (ATS). The most notable member of the ATS was the then Princess Elizabeth, later Queen Elizabeth II.

She trained as a driver and mechanic and reached the rank of Junior Commander. Winston Churchill’s youngest daughter, Mary, later Lady Soames, also served with the ATS.