The BBC has been forced to deny hiring a ‘fake vicar’ to appear on its flagship political programme Newsnight after social media users hit out at the broadcaster.

She appeared sporting a dog collar and fiercely debated five other panellists on the specifics of the deal.

Reverend Hayter has written booking including ‘Seeing God Through The Camera Lens’, which she is seen here signing 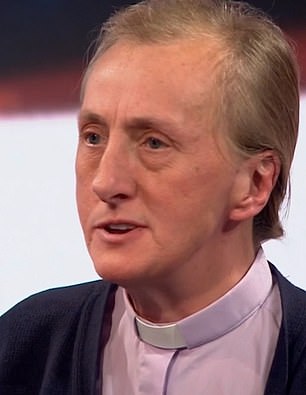 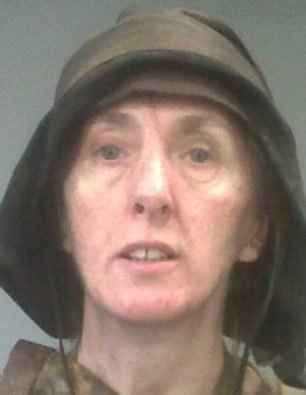 Miss Hayter (pictured left on Newsnight) has worked as an extra on screen under her middle name Marina, including 2015 film Star Wars: The Force Awakens, pictured right as ‘bar worker’ 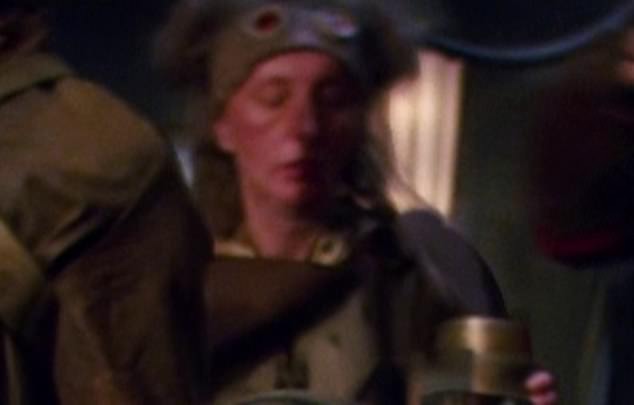 A shot from Star Wars: The Force Awakens featuring Revered Hayter in her bar worker role

Miss Hayter is a pastor for the little-known Seeds for Wealth Ministries, which claims to ‘help you realise, release and walk into your financial freedom in Christ’.

She has also worked as an on-screen extra, who performs under her middle name Marina. She recently appeared in the blockbuster film Star Wars Episode VII: The Force Awakens.

Theories have been popping up all over social media suggesting that the BBC had hired her specifically to appear on the show. 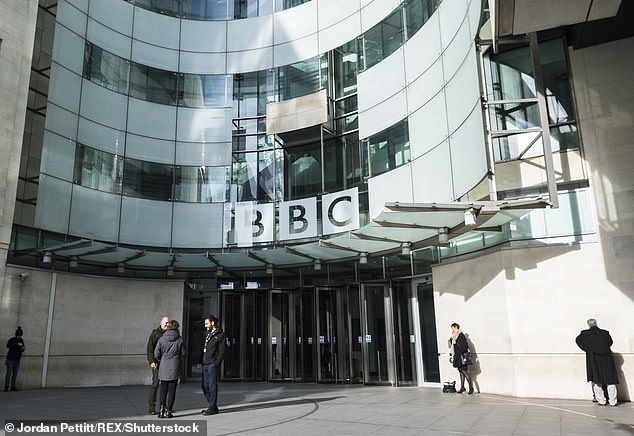 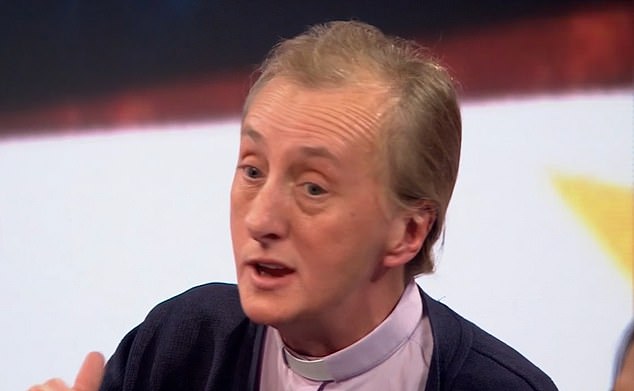 The argument was dubbed ‘Vicargate’, with some on social media convinced she was playing a role.

Labour peer Andrew Adonis waded into the furore, telling his Twitter followers he believed Miss Hayter to be a plant.

He sarcastically commented ‘Lynn is a pastor’ and I am the Pope’, before calling her a ‘fake pastor’ and accusing the BBC of ‘a reign of lies’. 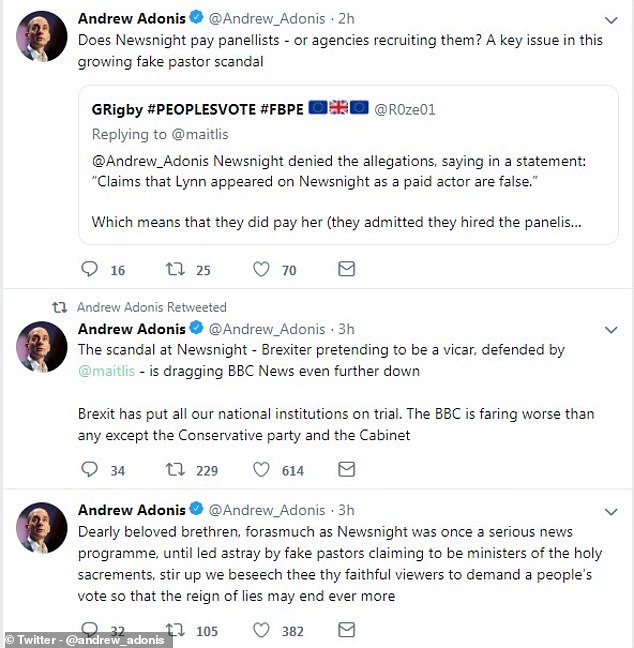 Miss Maitlis quickly reprimanded Lord Adonis, warning him ‘not to become a peddler of fake news’.

She tweeted: ‘Not in this day and age. Not when we need our parliamentarians to be better and more trusted than ever.

‘To have got to a place where you could choose to believe that enough to write it is deeply worrying.’ 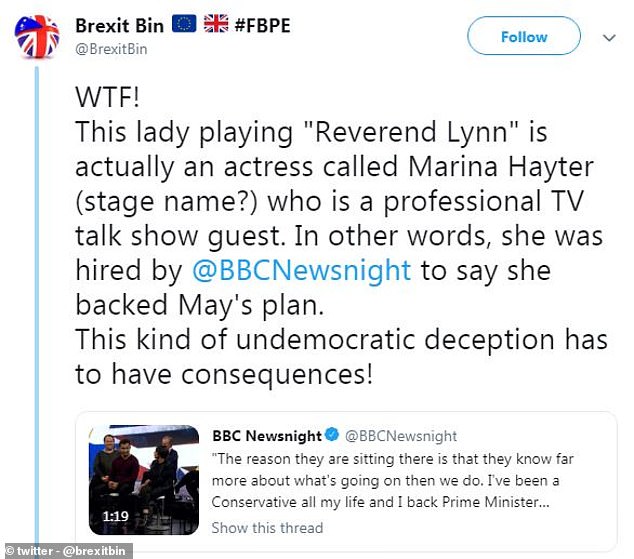 Other users were keen to chime in with the debate, with one ‘@BrexitBin’ tweeting: ‘WTF! This lady playing ‘Reverend Lynn’ is actually an actress called Marina Hayter (stage name?) who is a professional TV talk show guest. In other words, she was hired by @BBCNewsnight to say she backed May’s plan. This kind of undemocratic deception has to have consequences!’

This is while Antonia Frances said: ‘Reverend Lynn’ is in fact Marina Hayter. She has played numerous roles including Peasant Woman, quizzical librarian and shocked neighbour but no vicars until her starring role as Brexit deal fan girl on #Newsnight #BBC #BrexitAgreement.’

Others such as Beth Urmston poked fun at ‘Vicargate’ and said: ‘Think Marina Lynn Hayter’s days at the BBC are numbered. Pastor sell by date.’

Elsehwhere others said the BBC had ‘struck gold’ when they found Lynn, ‘@benjolly9’ said: ‘

The @BBCNewsnight research team who set out to find an actor willing to play a Vicar to sing the praises of Theresa May must have thought they’d stuck gold when they found @LynnHayter.’

As the speculation mounted, Newsnight itself was prompted to defend the decision to include her on the show.

Their statement read: ‘Claims that Lynn appeared on Newsnight as a paid actor are false.

‘Lynn is a pastor and was a genuine participant of our Brexit debate. She carries out work as an extra using her middle name but this is not relevant to the capacity in which she appeared.’

Seeds For Wealth Ministries, which had 72 followers on Facebook as of last night, believes it can enrich worshippers and take them to ‘a higher level’.

She told presenter Emily Maitlis she was ‘100per cent’ behind the deal and urged the public to ‘put [their] faith in the government’.

She stridently defended the withdrawal agreement when quizzed by her fellow panellists. 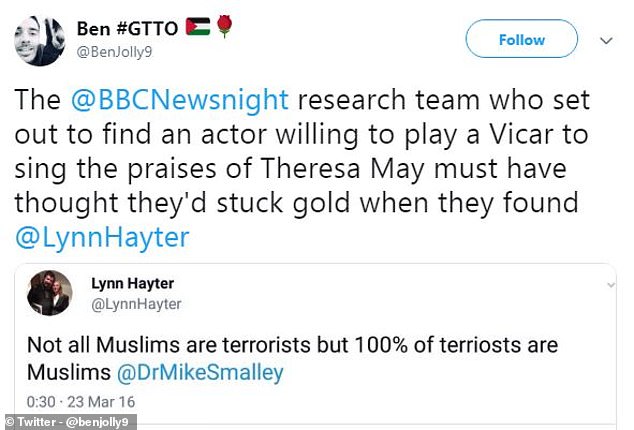