BBC is set to offer the chance to see the World Cup in 4K, HDR and virtual reality

The BBC will be offering football fans the chance to watch the World Cup in 4K, High Dynamic Range (HDR) and virtual reality for the fist time as part of a new trial.

With the first game due to kick off in two weeks, the British broadcaster is taking the opportunity to try out the latest technology.

BBC One will show 29 games over the two week competition, with a limited number of viewers able to watch each match in the highest quality available.

The allocation of the available slots for the 4K stream – also known as Ultra HD – will be done on a first come first served basis.

Viewers will need to tune-in via BBC iPlayer for the chance to be one of the lucky few with access to the 4K and HDR formats.

The BBC will be offering football fans the chance to watch the World Cup in 4K, High Dynamic Range and Virtual Reality (VR). With the first game due to kick off in exactly two weeks, the British broadcasting giant is taking the opportunity to trial its latest tech

‘Now, with these trials we’re giving audiences yet another taste of the future.’

The BBC has not revealed how many slots will be available for each World Cup game, but has revealed that it will be in the tens of thousands.

Although a sizeable amount, considering a billion people around the world watched the final of the 2014 World Cup, it’s worth tuning in early.

Broadcasters have had the ability to show sport coverage in 4K Ultra HD and VR for years, but this latest step by the BBC signals its intent to keep up with rivals like Sky Sports and BT Sport when it comes to the latest technology for marquee events.

To view the BBC games in 4K and High Dynamic Range (HDR), football fans will need a UHD and HDR compatible television set.

When it first launched, 4K content was expensive to produce and as a result, few production companies adopted the format.

However, in recent years, the medium has been picked up widely, with Amazon and Netflix filming almost all of their original films and series in 4K. 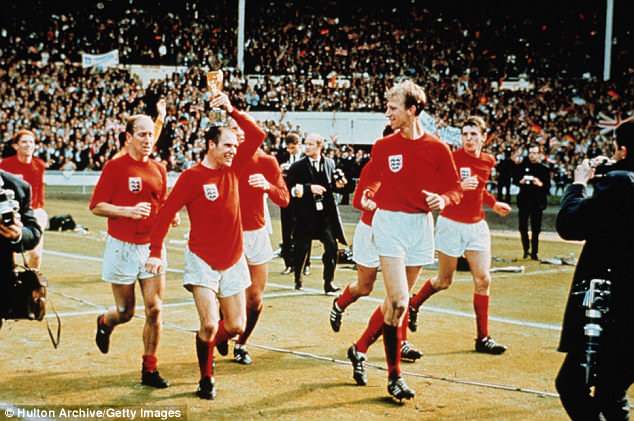 The BBC is trialling 4K, HDR and VR as mediums for fans to watch the 2018 World Cup in Russia. The BBC broadcast the competition in 1966 when England won their one and only World Cup (pictured)

The hardware needed to view 4K content has also become more accessible, with television sets plummeting in price from several thousands to several hundreds of pounds.

Due to the large size of the 4K video files, a high-speed internet connection is also essential.

‘Footage will be played at 50 frames per second.’

Those with a television compatible with High Dynamic Range (HDR) will be able to view the World Cup matches in this format.

HDR offers greater contrast and a wider range of colours than standard UHD, however, televisions that support the standard tend to be more expensive.

The BBC will use a version of HDR it helped invent, called Hybrid Log-Gamma. 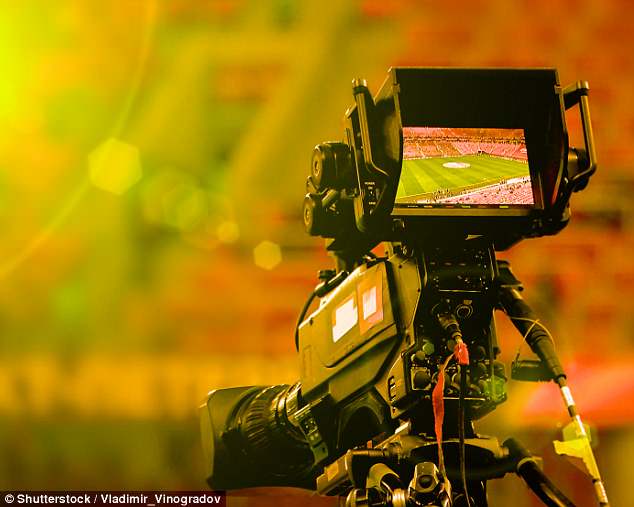 In order to reap the benefits of the BBC trial, customers will have to have a 4K television as otherwise the TV does not have enough pixels to show the footage in its full glory, and it will simply look like a regular HD stream (stock)

Developed in partnership with Japanese broadcaster NHK, BBC viewers hoping to stream the World Cup games in HDR must check if their set is HDR HLG compatible.

The BBC will also offer 33 games in virtual reality through a custom-built app.

Dubbed ‘BBC Sport VR – FIFA World Cup Russia 2018’, the app is yet to launch, but will be available before the start of the World Cup.

It will be available on iOS, Android, Gear VR, Oculus Go and PlayStation VR devices.

Anyone with a smartphone or compatible VR headset can open the app and find themselves inside a luxury private box in a Russian stadium.

Through the VR app, audiences will be able to access a range of live match stats.

People will also be able to choose to sit behind either one of the goals to get up-close to the action.

This is also not restricted to when games are being played.

When there isn’t a match, fans can watch a daily highlights package and other on-demand content on one of the virtual big screen TVs available in other areas of the private box.

WHICH TEAMS ARE MOST AND LEAST LIKELY TO WIN THE 2018 WORLD CUP?

Researchers in Austria have combined bookmakers’ odds with complex statistical modelling to predict who will win the 2018 World Cup.

The model simulated the tournament millions of times to forecast the outcome of every possible game that could be played.

Below are the probabilities that each team will win.