By Emily Kent Smith and Laura Lambert For The Daily Mail

The BBC has admitted it is losing its youth audience to internet services such as Netflix.

Its research found 16- to 24-year-olds spend more time using the American entertainment firm than they do on all BBC channels, including iPlayer.

At the same time, the average weekly reach of its children’s TV arm CBBC has fallen from around 40 per cent in 2012 to less than 25 per cent last year.

Research found 16- to 24-year-olds spend more time using Netflix than they do on all BBC channels, including iPlayer

Meanwhile, more 15- to 34-year-olds listened to music streamed by online services such as Spotify than to BBC radio last year.

In a desperate attempt to hold on to younger viewers, the broadcaster is planning to launch an app for six to 12-year-olds providing a ‘daily diet of funny and fascinating facts’.

It also plans to make iPlayer more like Netflix, providing viewers with personalised choices based on their viewing history.

The BBC’s strategy to survive the onslaught of online entertainment was revealed in its annual plan. 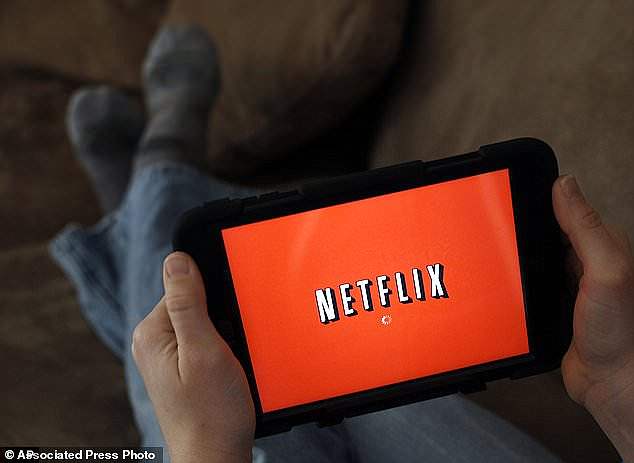 Director general Lord Hall said the broadcaster would have to make ‘some difficult decisions’, adding: ‘We must be ready for an internet only world whenever it comes, and it is coming soon.’

The BBC admitted it risks ‘being overtaken by competitors’ for children’s attention. It found 82 per cent of children use YouTube and 50 per cent Netflix for on-demand content, compared with 29 per cent who turned to iPlayer.

The BBC said it was struggling to keep up with US giants including Amazon as its budgets have ‘shrunk’.

Lord Hall warned that the broadcaster’s financial struggle meant the ‘volume and breadth of British content… is now under serious threat’.

The Voice of the Listener and Viewer campaign group expressed concern about the ‘predicted squeeze’ last night, saying: ‘We hope [the BBC] will be able to deliver all the content in the plan.’