BBC may be told to reveal all star wages

The BBC could be forced to publish even more talent pay details next year, an MP has warned.

Damian Collins threatened to close a ‘loophole’ used to keep salaries of dozens of stars a secret.

Speaking at the Edinburgh TV Festival yesterday, he said it is ‘unacceptable’ for the BBC to use production firms to hide pay deals.

‘It is wrong that how much David Dimbleby gets paid for presenting Question Time is not declared because he is paid via a production company rather than through the BBC directly,’ said Mr Collins, chairman of the culture, media and sport committee.

‘He is someone who works for the BBC presenting a flagship BBC programme, yet what he earns is private because it is made by a production company … That I think is an anomaly that people rightly don’t understand.’

The BBC has been forced to publish pay details of 96 stars on £150,000 or more – but the so-called ‘rich list’ covered only stars who received that amount of money directly from the broadcaster. It was able to hide the pay of many major stars because they are paid by third-party firms.

The Corporation wants to use this loophole to hide the pay details of even more stars next year, because it has now spun off its production arm, BBC Studios, as a commercial company subject to the same rules.

However, Mr Collins said yesterday that that would be ‘unacceptable’.

‘What would be unacceptable is if next year, BBC Studios turned around and said all these people being paid on Strictly, we are now not going to disclose their salaries because we … don’t have to,’ the Tory MP told executives at the festival.

Asked whether the Government will force the Corporation to publish pay details for stars paid off the books, he said all salaries over the threshold should be declared regardless of how they were paid. Mr Collins was one of the driving forces behind the Government’s decision to force the BBC to publish its ‘rich list’. 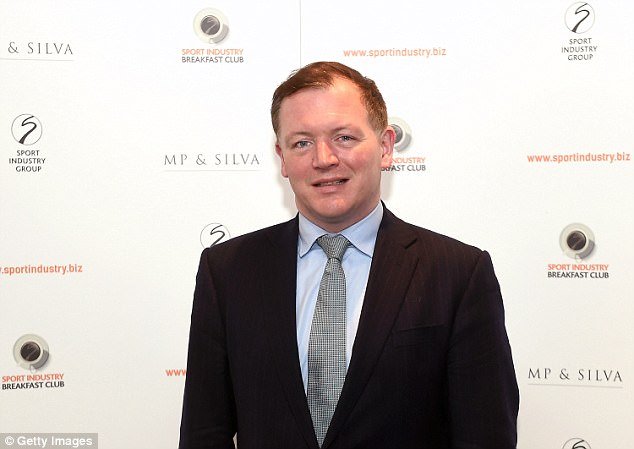 Broadcasting chiefs warned that the BBC should brace itself to disclose pay details for all talent paid more than £150,000. Peter Fincham, a former BBC1 boss who now runs a production company, said: ‘I’m afraid I agree with Damian … Now that the door is open it is going to come open wide.’ Meanwhile, Nicola Shindler, founder of Red Production Company, which makes Happy Valley, said the BBC should prepare for a second wave of public outrage because some salaries paid to stars via production firms are so large.

A BBC spokesman said last night: ‘BBC Studios is a fully commercial business and not underpinned by public money. Equally, independent production companies are private businesses. We are buying programmes from them, not talent.’