BBC shows fail to provide ‘watercooler moments’ for youngsters who switch to Netflix due to the ‘talkability factor’ of its programmes, according to an Ofcom report.

The broadcasting regulator found Netflix and YouTube were the ‘first port of call’ for teenagers, with long-established TV networks at risk of losing younger audiences.

While streaming services provided ‘relevant, personalised content with the talkability factor’, the BBC, Channel 4 and ITV were found to ‘lack personal relevance’ in their programmes.

Actress Winona Ryder as Joyce Byers and David Harbour as Chief Hopper in the Netflix original series Stranger Things, which is a hit amongst teenagers according to IMDB ratings 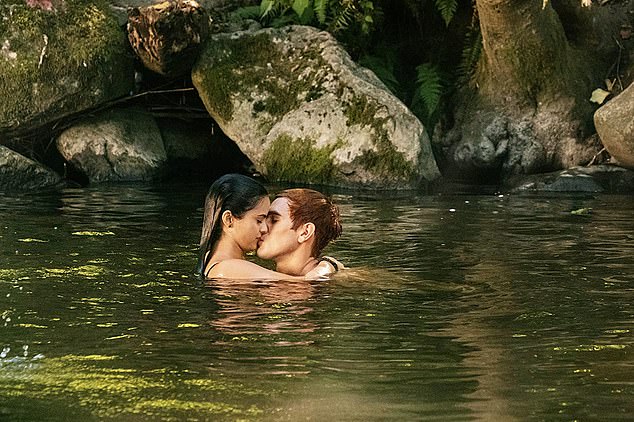 Camilla Mendes as Veronica Lodge and KJ Apa as Archie Andrews in the Netflix original series Riverdale. Netflix and YouTube were the ‘first port of call’ for teens, according to the report

The report also pointed out that companies such as Netflix entice younger views with ‘strong social media marketing’, with a survey of viewers indicating they ‘work harder’ at promoting online.

However, it did find reality TV shows such as ITV’s Love Island alongside sport and soap programmes kept the focus of youngsters.

Meanwhile, people from poorer backgrounds had a ‘moral dislike’ of public service broadcasters, especially the BBC, following its decision to scrap free TV licences for everyone over the age of 75 from August.

The report said: ‘This is driven by a combination of factors including their perception of the BBC, a dislike of the licence fee, resentment that over-75s are now having to pay, and their perception that the brand is irrelevant to them.

‘These viewers tend to be from lower socio-economic groups, with a minority in the devolved nations.

‘There is also a small group of Gen Z viewers who have a more hostile attitude towards the BBC and PSBs (public broadcasting services) in general, although due to their lower levels of engagement with PSB, this generational cohort is more likely to be indifferent than hostile.’

Referring to those who held a ‘stronger dislike’, it added: ‘Not only do they feel that the BBC lacks relevant content for their cohort, or that there is bias in the news, they can also actually feel that the brand is actively uninterested in them and is instead targeting other people.

‘Overall, there is little sense of shared values or identity.’ 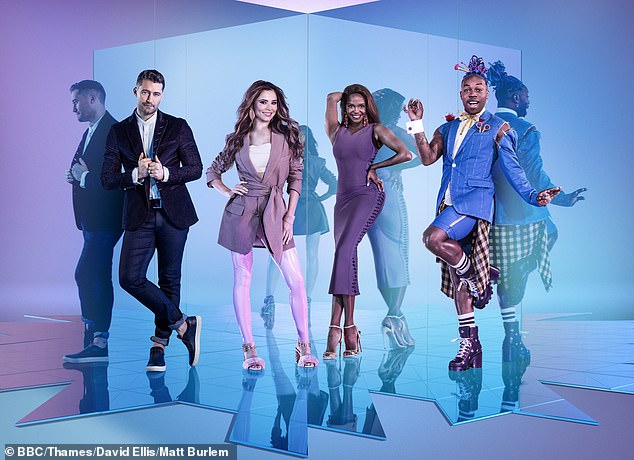 BBC One’s The Greatest Dancer, a show hosted by Alesha Dixon and Jordan Banjo, which the public broadcaster confirmed had been cancelled after two series 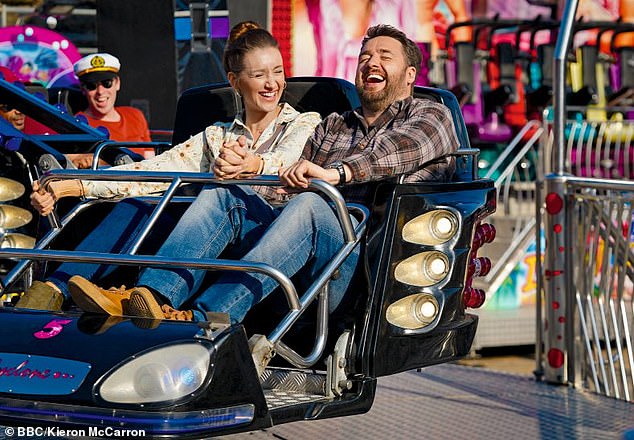 BBC One’s comedy series Scarborough, starring Jason Manford and Catherine Tyldesley, which the broadcaster decided not to commission for a second series

But it did note there was a desire, even amongst younger generations, to keep public broadcasting due to the ‘societal glue’ some of its programmes provide, alongside its ‘universality’, ‘shared national understanding’ and ‘high-quality’ content.

It follows the announcement that more than three million households will have to find a way to pay £157.50 for the BBC, or risk criminal prosecution.

Only those who receive pension credit – estimated to be around 1.5million – will still be able to access live TV and BBC iPlayer for free.

The PM’s spokesman said it was ‘the wrong decision’ while Culture Secretary Oliver Dowden said he feels ‘let down’ and the decision will ‘have an impact’ on proposals to decriminalise the licence fee.

Julian Knight, chairman of the Commons’ digital culture, media and sport committee, told the Telegraph: ‘It will be an own goal of epic proportions to start hauling people over 75 in front of the courts. There needs to be common sense here.’

Anyone who watches or records TV, or uses the BBC’s streaming service, without a licence could be prosecuted and even jailed. 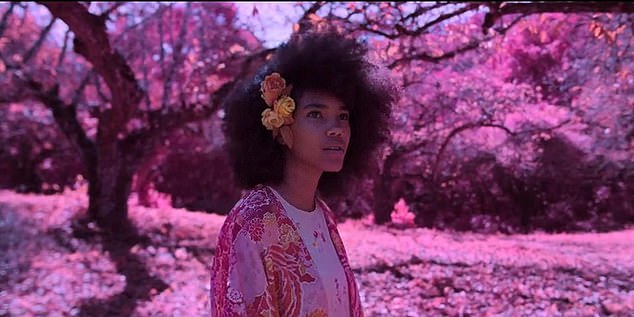 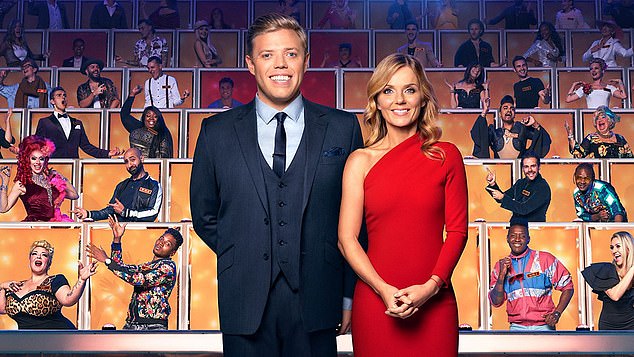 BBC One’s All Together Now, a singing competition series hosted by Geri Halliwell and Rob Beckett, which was cancelled after two series

But ministers have spent months consulting on changing the law to eliminate prison sentences.

The number of people prosecuted for not having a licence was down on previous years to just under 129,000 in 2018.

A BBC spokesperson told MailOnline: ‘This research highlights the importance of providing world-class, easily-accessible and universally available content that includes an impartial and trusted news service, alongside high quality, distinctive UK programming to bring the nations, regions and diverse communities of the UK together.

‘Our continued growth and investment in our digital services has seen BBC iPlayer reach record-breaking figures, with over 4 billion programme requests last year.

‘We’ve extended the viewing window for programmes on the service to a year and substantially increased the hours of content available.

‘Despite huge changes in the market, the BBC remains the most-used media organisation among young people with 80% of 16 to 34 year olds using the BBC every week.’

Over the last month, the most requested BBC episodes from audiences aged 16 to 34 include: