The BBC was slammed today over claims security guards forced revellers at Radio 2’s Hyde Park event to hand over umbrellas and refused to return them.

Disgruntled music lovers attending yesterday’s show in London say they were forced to brave the lashing rain without protection.

On Friday breakfast show host Chris Evans had apparently told listeners on Friday they could bring umbrellas – while presenter Jo Whiley tweeted she would be taking hers along.

But some guests claim they were told at gates going in they had to hand over their brollies, with the assurance they could collect them on the way out.

They say when they went back later staff said they were in a ‘quarantined area’ and they could not be handed over.

Witnesses reported ugly scenes at the end of the gig they were told they wouldn’t be getting them back.

The BBC was accused of theft today by angry event-goers who accused organisers of withholding thousands of pounds of umbrellas they don’t own.

Jesse Crosse, 63, was at the festival with his wife and had his colourful umbrella – which he had owned for 20 years – taken at the entrance to the venue.

When the show was over he found himself at the front of an ‘upset and agitated’ crowd of about 30 soaked people trying to get their umbrellas back from security.

Mr Crosse said he had been told by an apologetic supervisor on his way into the venue that he would ‘for sure’ be able to retrieve it at the end.

But he said he was then told he couldn’t have it back as it was in a ‘quarantined area’, with frustration boiling over into a scuffle.

‘It’s a fabulous venue and concert and we had a great time, but it’s a real shame that it has been so badly handled,’ he said.

‘It has become ludicrous the extent to which things are policed. They were just taking everybody’s brollies off them. 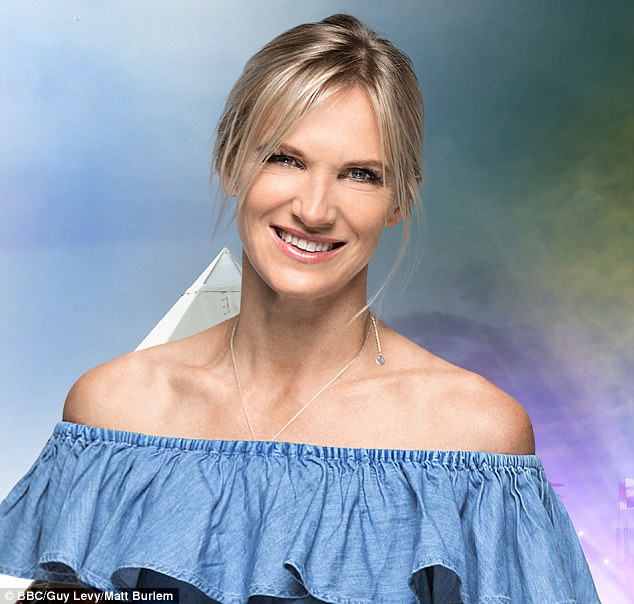 After anger boiled over into a scuffle at the festival, attendees took to Twitter to criticise the corporation

‘The BBC has nicked a lot of property from people. It was a shoddy operation – they were saying one thing at the beginning and then another thing at the end.

‘I thought it was disgraceful behaviour. It was a shambles. It was just not good enough and the way the security was handled was borderline unpleasant.

‘They were taken against people’s will. A scuffle broke out and two lads were hauled away by the security.’

The BBC said it was golf umbrellas that weren’t allowed, but Mr Crosse, a motoring journalist from Oxfordshire, said he saw a pile of regular, non-golf sized umbrellas, stacked up. 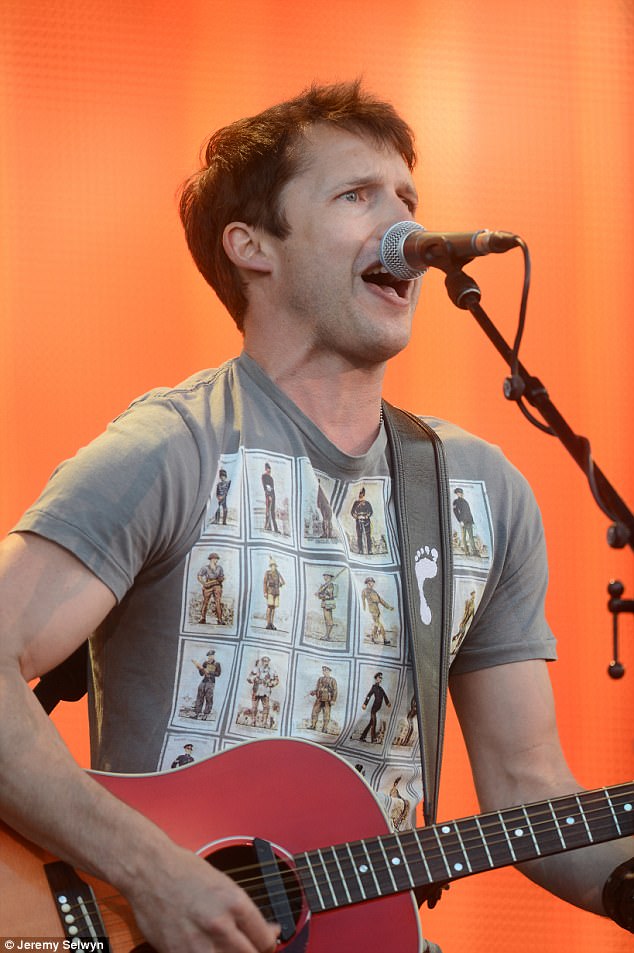 James Blunt was among the stars performing in Hyde Park, where angry customers say the BBC took their umbrellas and refused to give them back

Some have taken to Twitter to vent their anger at the BBC.

Shaungee, who lost three umbrellas, ‘Tweeted: ‘Had to brave the elements as brollies were confiscated at entry gate A. Not returned as promised! Many disgruntled people at end of night.’

John Harvey, 44, from Worcester, handed in his golf umbrella but was told it was confiscated and ‘property of the BBC’ when he tried to get it back.

Tweeting @BBCRadio2, he said: ‘Totally disgusted with your festival in a day had both my expensive brollies confiscated.

‘Told so many lies then not given back at the end of the night like promised even though when questioning security, people were walking past them with same brollies not taking them off them even when shown in front of their faces.

‘I’ll be reporting this to the Met Police. I was told over 2,000 had been taken. I’ll be seeking compensation.’

He added: ‘People were just walking in with umbrellas all day.

‘I’d have left it at the hotel if I had known. At the end of the day they refused to give it back to me, so I told them it was theft.

‘Where are they now? Who has them?’

But a BBC spokesperson said ticket-holders were warned about the terms of conditions but confirmed some members of security staff had told customers they could get their brollies back at the end of the festival.

‘For this event, golf umbrellas were not allowed as they obscure people’s views.

‘This was clearly stated in the terms and conditions online and emailed to ticket holders, with reminders on air before the weekend.

‘The T&Cs also stated that confiscated items could not be returned upon exiting the event.

‘A small number of the security team did initially tell some customers that umbrellas could be collected afterwards, but these staff were re-briefed immediately with the correct information as soon as we became aware of this.

‘Less than 200 were confiscated in total, all of which were golf umbrellas.’

But Natalie Stavrou, 21, from Brighton, also reported a non-golf umbrella being confiscated.

‘The gig was amazing. It was a fantastic day but the issue with the umbrella put a dampener on it.

‘The security team just didn’t listen. It was my friend’s mum’s umbrella and she got it at the Tour de France and it had a sentimental value.

‘The guy at the gate said we had to leave it with him, but it wasn’t a golf umbrella, just a medium-sized umbrella.

‘At the end when we went to get it back they were flat out saying “no” and that if you gave anything in it has now been confiscated and is the property of the BBC.

‘I thought “is this a joke?” The supervisor just ignored us.

‘Other people were watching the gig with a massive umbrella so were all a bit miffed about it.’

The BBC later pulled a u-turn, saying festival-goers who had their umbrellas confiscated by security could have them back.

The corporation said: ‘For this one event, people should contact the BBC by Monday 18 September via radio2enquiries@bbc.co.uk with a detailed description of their umbrella, full name and address, and we will endeavour to return it to them.’