BBC Television could be scrapped in favour of BBC Screen in ‘bizarre and ludicrous’ £1m rebranding exercise to appeal to a younger audience, insider says

BBC Television could be scrapping the word ‘television’ from its title in a ‘bizarre and ludicrous’ rebranding exercise to appeal to a younger audience.

Insiders have claimed that BBC Television could see its name change to BBC Screen in an attempt to attract the 18-34 age group, The Sun reported.

Bosses are reportedly relaunching to appeal to a younger demographic, who tend to veer towards newer streaming services, including Amazon Prime and Netflix.

The ‘bizarre and ludicrous’ rebranding exercise could cost ‘well over £1million’, insider sources told The Sun.

The BBC could be relaunching BBC Television as BBC Screen in a ‘bizarre and ludicrous’ rebranding exercise in a bid to appeal to a younger audience, insider sources said

A BBC source said: ‘BBC bosses are desperate to appear relevant and cool.

‘But the fear is this will alienate people, particularly the older market. Bosses seem more focused on chasing the youth than focusing on what they should. It’s sad. It’s bizarre and ludicrous.’

Director of BBC News Fran Unsworth hinted at the changes last week, stating that the number of traditional TV bulletins would be cut in the future.

A message on BBC’s website, posted on June 26, announced the relaunch and said it would include a new development unit focused on podcasts.

Graham Ellis, the £210,000-a-year Controller of BBC Radio, saw his job title changed to Controller of Audio in alignment with the rebranding. 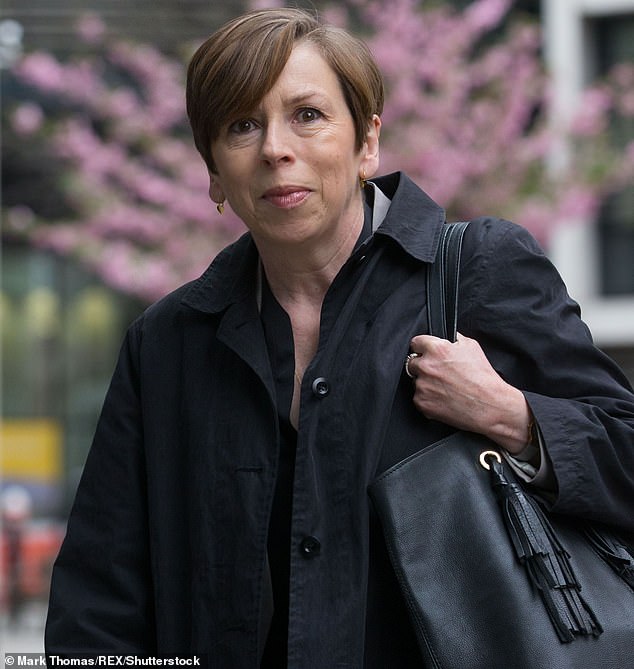 Director of BBC News Fran Unsworth (pictured) hinted at the changes last week, stating that the number of traditional TV bulletins would be cut in the future

When announcing the new podcast unit, Mr Ellis said: ‘The new unit supplements rather than supplants the development work which goes on every day in our departments and allows us to bring our world class staff together around specific ideas in a way which isn’t limited by structures or genres.

‘Producing brilliant content for the BBC’s radio stations remains at the heart of what we do, but with on-demand content playing an increasingly important part in people’s lives and in our portfolio, we want BBC Audio to be able to maximise all opportunities.’

The new Creative Development Unit (CDU) is based in Bristol and will focus on podcasts as well as other partnerships and ‘co-produced audio projects’.

The team is led by Clare McGinn, who previously ran BBC Audio’s production department in Bristol.