BBC News is set to slash nearly one in 10 jobs as 250 face the axe in bid to save £80m – with Newsnight, Radio 4’s Today and the News at Ten all facing cuts after corporation ended Victoria Derbyshire show

The BBC is expected to slash nearly one in ten jobs from its news division as it prepares to announce cuts today in a drive to save £80million.

Plans to axe Victoria Derbyshire’s BBC Two programme have already been leaked, with the host saying she is ‘absolutely devastated’.

Flagship shows like Newsnight and Radio 4’s Today programme are also expected to have to make efficiencies with the corporation expected to cut 250 jobs from its total news staffing of 3,200.

Fran Unsworth, director of news, told a gathering of about 130 staff at Broadcasting House today: ‘With great sadness I will announce some job losses.

‘This organisation has to face up to the changing way that audiences are using us. We have to adapt. We need to create a modern newsroom that is built for the future and not for the past.

‘We need to be honest with ourselves we are spending too much of our resources on traditional linear broadcasting and not enough on digital.’ She added: ‘Never in my career have I felt that the BBC is so under threat as it is today.’ 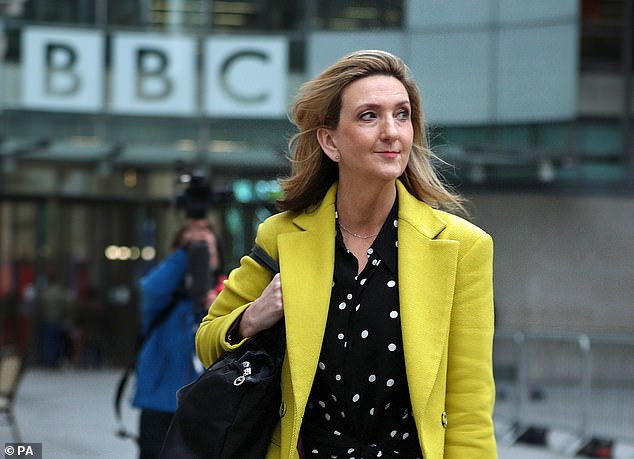 The News at Six and News at Ten bulletins on BBC One will both be affected along with Radio 4’s World At One, PM and The World Tonight, reported The Times.

BBC News has to save £80 million as part of financial pressures on the corporation, including paying for free TV licences for over-75s on pension credit.

The move comes ahead of the mid-term and the renewal of its charter in 2027, with Prime Minister Boris Johnson reportedly open to reviewing the licence fee and the BBC facing a series of ongoing gender pay gap disputes.

It is expected that BBC Radio bulletins across different stations will share more resources. More than 19,000 people are employed by the BBC’s public service arm, with its annual news and current affairs budget at £355million. 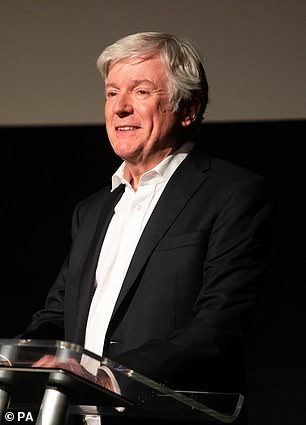 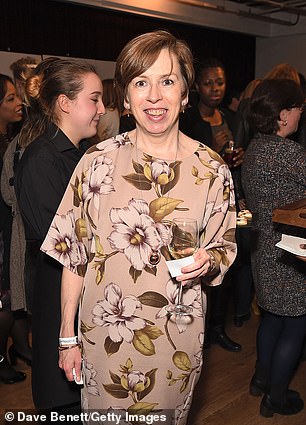 Lord Tony Hall left, in London last week) will step down as director-general in the summer. BBC director of news and current affairs Fran Unsworth (right, in London in December 2015) told staff the move to end Derbyshire’s daily programme had ‘not been an easy decision’

The cuts also come amid payouts to some female staff, with radio presenter Sarah Montague getting a £400,000 settlement and Samira Ahmed winning an employment tribunal in a dispute over equal pay.

They are being announced as the corporation starts the search for a new director-general with Lord Tony Hall announcing he will step down from the role in the summer.

Speaking at the Edelman Trust Barometer 2020 event yesterday, Lord Hall said: ‘We’ve got to look at our part in the nature of political discourse.

‘I’m a great believer in the long form political interview where you can explore at length, not in soundbites, the real policy decisions that politicians are making.’ 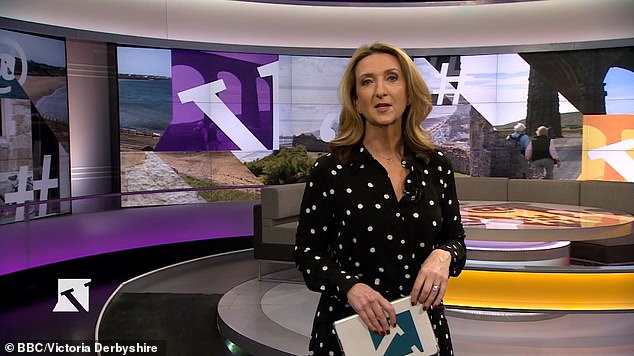 Plans to axe Victoria Derbyshire’s BBC Two programme have already been leaked, with the host saying she is ‘absolutely devastated’

Derbyshire, 51, said she first found out about the plans in a newspaper.

She said her Bafta-winning show had delivered on its remit, breaking original stories and ‘attracting a working class, young, diverse audience’.

Confirming the decision, Unsworth said: ‘Linear television viewing is declining, and as we progress with our £80 million savings target, it is no longer cost-effective to continue producing the programme on television.’

A petition to save the programme has reached more than 30,000 signatures.

Outgoing BBC Director-General Lord Tony Hall has criticised the corporation for contributing to a toxic discourse with political journalism aimed at trying to ‘catch out’ politicians.

Lord Hall, who will move into a top role at the National Gallery after leaving the broadcaster, said the BBC had to more carefully consider its role.

‘I’m a great believer in the long form political interview where you can explore at length, not in soundbites, the real policy decisions that politicians are making,’ he said in comments carried by The Times.

The 68-year-old was speaking at the launch of the Edelman Trust Barometer a day before the BBC announces cuts to its news division as part of a cost-cutting drive.

Plans to axe Victoria Derbyshire’s BBC Two programme have already been leaked, while flagship shows like Newsnight and Radio 4’s Today programme are also expected to have to make efficiencies.

‘Exploring those sort of nuances is an important part of what we should do.’

‘That doesn’t mean everything has to be a battle, far from it, but you do have to leave the audience feeling if they look away they will miss something,’ the journalist told The Times.

Lord Hall’s departure takes place during a turbulent time for the broadcaster, with job cuts at the top of the agenda along with equal pay disputes, political bias, diversity and TV licences.