BBC presenter Emily Maitlis faced an internal investigation by the broadcaster after viewers complained she was ‘sneering and bullying’ towards Sun columnist and leave voter Rod Liddle.

The executive complaints unit at The BBC determined that Maitlis had been too ‘persistent and personal’ during the Newsnight discussion on Brexit, July 15.

Following the news segment with Liddle, associate editor at The Spectator and columnist for the Sun, and Tom Baldwin, director of communications for the People’s Vote campaign, Maitlis was accused of ‘failing to be even-handed’, reports Press Gazette.

Viewers claimed the presenter’s attitude towards Liddle was systemic of the way the BBC has portrayed leave voters.

While questioning Liddle on his book called the great betrayal, which covers ‘the true story of Brexit’, Maitlis said: ‘You’re not angry that we haven’t left, you say that the Remain argument was that all Leavers were basically racists and xenophobes…’

The presenter then went on to suggest that Liddle was seen by many as a racist.

Maitlis shared her opinion that Liddle’s weekly columns contain ‘consistent casual racism’ before claiming that the journalist only writes about ‘suicide bombers blowing themselves up in Tower Hamlets.’

At this point in the programme Liddle told the presenter to ‘get a grip’. 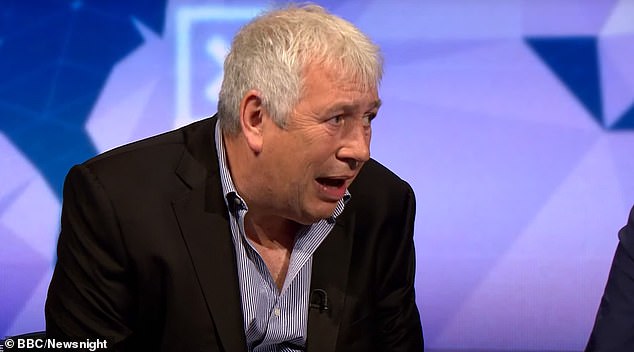 The day after the interview Liddle published the complaint in his Spectator column.

Now Liddle’s claims that he wasn’t given fair treatment have been substantiated as the BBC’s internal complaints unit published their findings on Friday.

The published findings said Maitlis had questioned Liddle in a justified manner but addded: ‘However it was insufficiently clear that this was not Ms Maitlis’s view of Mr Liddle but that of his critics, and the persistent and personal nature of the criticism risked leaving her open to the charge that she had failed to be even-handed between the two guests’, reports Press Gazette. 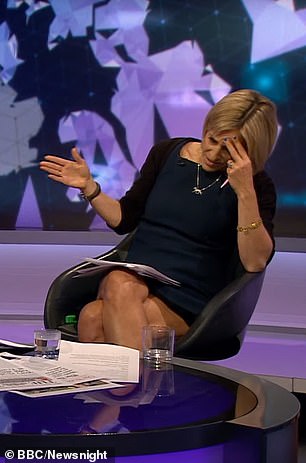 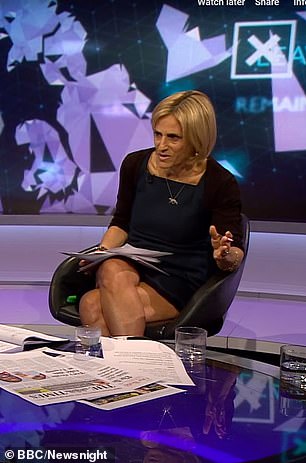 Maitlis shared her opinion that Liddle’s weekly columns contain ‘consistent casual racism’ before claiming that the journalist only writes about ‘suicide bombers blowing themselves up in Tower Hamlets.’

Two days after retiring, the legendary broadcaster accused the ‘Kremlin’-style corporation of being out of touch.

He says its bosses ‘badly failed’ to read the nation’s mood on Europe and ‘simply could not grasp’ why anyone voted Leave.

In an explosive memoir serialised in the Daily Mail, Remain-voting Humphrys pulls no punches after decades of being constrained by rules that stop journalists expressing opinions.

The 76-year-old, who spent 33 years on Radio 4’s flagship news show Today, said he is now free of ‘the BBC Thought Police’ which has ‘tried to mould the nation into its own liberal-Left image’.

Despite his searing criticism of an organisation he has served since 1967, Humphrys says he is in ‘no doubt whatsoever that the BBC is a tremendous and irreplaceable force for good’.