‘Who are you calling posh?’ BBC veterans David Dimbleby squares up to Today’s John Humphrys in live Radio 4 clash

They are two of the BBC’s biggest beasts, so the clash between John Humphrys and David Dimbleby yesterday was one to savour.

The pair locked horns on BBC Radio 4’s flagship Today programme after Humphrys suggested to Dimbleby that he was posh.

‘John, there is a typical sneer in that question,’ Dimbleby hit back. ‘I am about as posh as you are. I come from Wales, as you do. I am not posh. I happened to have been a broadcaster for a long time.’ 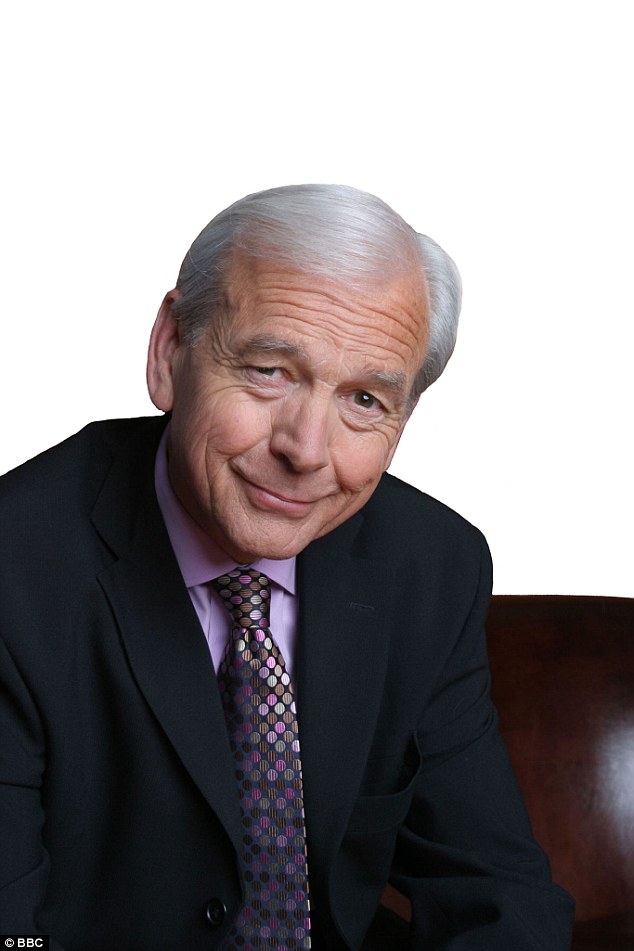 Charterhouse and Oxford-educated Dimbleby, who recently stepped down as the host of Question Time, was guest editor of yesterday’s Today programme and used the interview with Humphrys to call on the BBC to slash its number of executives.

‘It has far too many management people in it… I think the business of cutting back the bureaucracy is really important,’ he said, adding that he had applied for the posts of BBC director-general and chairman in recent years.

In response to Dimbleby’s  comments, a BBC spokesperson said “A lot of things have changed in recent years and the plain fact is we’ve halved the number of senior managers – we don’t have more managers compared with lots of other organisations.”

The Mail on Sunday last week revealed that the BBC had awarded bumper pay rises to bosses at the same time as it is considering axeing free TV licences for the over-75s.

How the Beeb’s big beasts measure up…

Parents: Broadcasting icon Richard Dimbleby and Dilys Thomas, who met when both were trainee reporters.

Early career: Joined the BBC as a news reporter in Bristol in the 1960s. Worked with father on 1964 Election.

On the BBC: ‘It has too many management people in it.’

Early career: Reporter on the Penarth Times and Western Mail. Then local TV, joining the BBC in 1966.

Marital status: Marriage to Edna Wilding dissolved in 1991 after 27 years. Later had a long relationship with BBC colleague Valerie Sanderson.

On the BBC: ‘It should be a civilising influence on the nation.’