The BBC has withdrawn Human Planet from distribution after finding a second editorial breach in the programme.

Earlier this month, the corporation admitted that a scene from the 2011 documentary showing tribal people living in treehouses had been faked by the programme’s makers.

The Corporation said that Human Planet had breached its ‘editorial standards’ by inaccurately portraying the lives of members of a community in Papa New Guinea.

According to the BBC, the portrayal of this Indonesian whale hunter harpooning a whale does not accurately reflect what happened 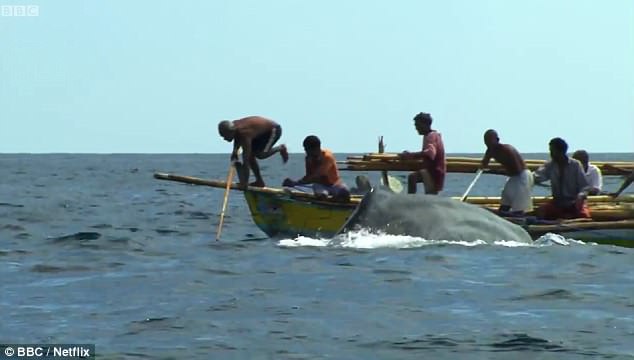 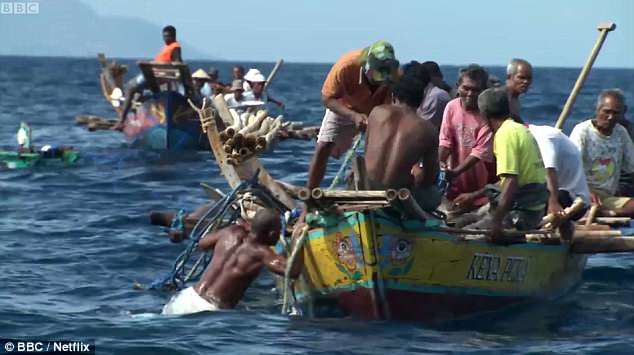 In the documentary, the Korowai tribe can be seen building the houses and relocating their pets and children up to the treetops.

But it admitted they built the treehouses for the benefit of the cameras – but did not actually live in them.

Now the BBC has said it has discovered a second breach.

In the first episode, an Indonesian hunter was shown supposedly harpooning a whale – but it has now emerged that the BBC ‘does not consider that the portrayal of his role is accurate’.

In a statement, the corporation said: ‘The BBC has been alerted to a further editorial breach in the Human Planet series from 2011.

‘On review, the BBC does not consider that the portrayal of his role is accurate, although the sequence does reflect how they hunt whales.

‘The BBC has decided to withdraw Human Planet from distribution for a full editorial review.’

It is not the first time the eight-part series has been hit by claims of fakery.

In 2015, it emerged that a semi-domesticated wolf had been used because the crew had been unable to find a ‘wild’ wolf on location.

And in 2011 the BBC used shots of a tarantula in a studio for an episode about wildlife in the Venezuela jungle.

The BBC’s statement added: ‘Since this programme was broadcast in 2011, we have strengthened our training for the BBC’s Natural History Unit in editorial guidelines, standards and values.’