Be a Renaissance man or woman with a trip to Milan or Florence, both homes to Leonardo da Vinci

This year is your chance to celebrate the 500th anniversary of the world’s most famous artist. Exhibitions about Leonardo da Vinci are opening in galleries all over Europe and the UK.

But which is the best place to learn about his life? The Italian cities of Milan and Florence are competing to celebrate Leonardo 500. Both claim to have been his home and offer the best Leonardo sights.

Leonardo did live and work in both cities but the two were arch enemies at the time, going to war against each other.

The Last Supper: Leonardo da Vinci’s masterpiece (above), is a World Heritage mural on a refectory wall in the Convent of Santa Maria delle Grazie in Milan. It is still a must-see despite its colours and details fading badly. Pre-booking is advised for a 15-minute slot to view it

Today they’re still battling — to be the best Leonardo destination. We visited both to see which wins today’s War of Leonardo’s 500th.

Leonardo was named after the pretty village of Vinci, around 25 miles west of Florence. Today you can still visit his birthplace, a simple stone farmhouse and a nearby villa displaying replicas of his paintings.

The local castle has a small display of his inventions, but the highlight is climbing 120 steps up its tower for views across rolling farmland hardly changed for 500 years. This landscape inspired young Leonardo, later appearing in backgrounds of his masterpieces.

The problem is it’s awkward to reach Vinci by public transport. It’s easier but pricier to use a hire car or take a guided coach tour.

Florence’s showpiece Uffizi Gallery highlights its small collection of Leonardos this year: the unfinished Adoration Of The Magi and two early works, mostly painted by his teacher Verrocchio. Queues can be off-putting so pre-book at b-ticket.com/b-ticket/uffizi/.

Note however, there are similar exhibitions all over Europe this year, including Milan and London. Leonardo scribbled about everything from anatomy to engineering, so scattered around the world’s museums today are 28,000 pages of sketches and notes in Leonardo’s trademark illegible backwards writing. 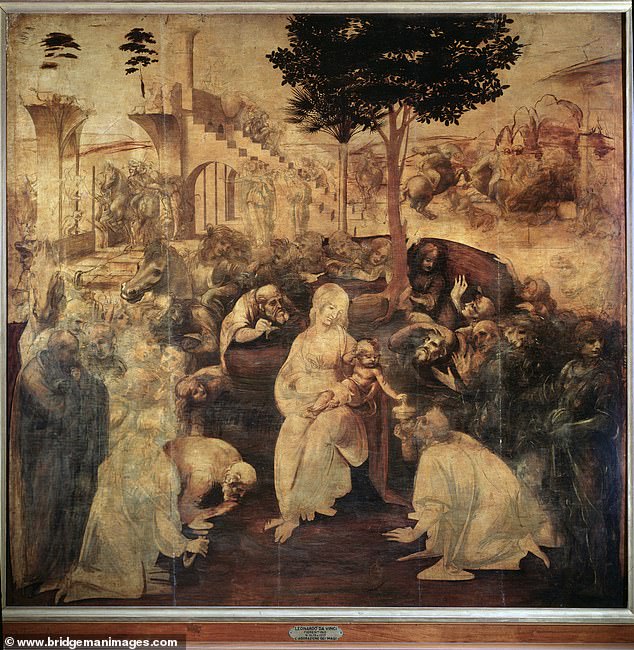 Adoration of the Magi: The unfinished painting (above) will be on display at Florence’s Uffizi Gallery together with two earlier works, which were mostly painted by Leonardo’s teacher Verrocchio

Some of Florence’s Leonardo 500 exhibitions, marking 500 years since his 1519 death, sound a little dry for everyone except art historians. From March 9 to July 14 Palazzo Strozzi displays a collection of other artists from the Da Vinci era, while Santa Maria Novella has an exhibition about his contribution to botany (September 13 to December 15).

most fun is a small Leonardo Museum with a collection of hands-on wooden models of his inventions, like his diving suit and military tank.

Florence is a great location for a general cultural, historic and shopping city break. It has plenty of old streets, squares and landmarks to give you an idea of Renaissance life, but the special Leonardo offerings seem a little underwhelming.

Start a Leonardo tour at the lively World of Leonardo (leonardo3.net/en/the-museum). It’s not part of serious art tours, but is the best introduction to Leonardo in either city.

You’ll find huge digital screens, hundreds of working models and hands-on displays. It’s an unstuffy introduction to the amazing range of Leonardo’s paintings, inventions and notebooks. The virtual reality Last Supper is even more interesting than the real thing and the star exhibit is his self-propelled suit of armour, like a Tudor-era robot.

Milan’s must-see sight is The Last Supper, the World Heritage mural on a refectory wall in the Convent of Santa Maria delle Grazie. The enormous painting still has great impact, despite its colours and details fading badly. 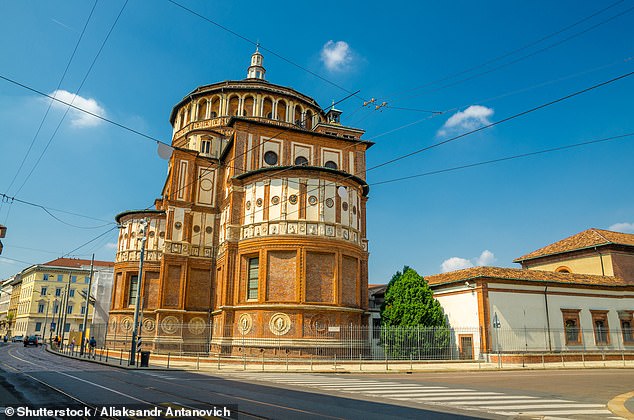 It’s best to use the pre-booking service to guarantee your strictly controlled 15-minute slot. Visit cenacolovinciano.vivaticket.it.

Across the road from the convent, discover Leonardo’s little-known vineyard (vignadileonardo.com/en), given to him as payment for painting the Last Supper. You can imagine him relaxing in this leafy spot after a hard day painting.

This year you can buy a bottle of ‘Leonardo’s wine’, made from his grapes, at the café next door. At Pinacoteca Ambrosiana museum, see Leonardo’s painting Portrait Of A Musician displayed alongside a full-size reproduction of The Last Supper showing its original colours.

There’s also another atmospheric selection of pages from his notebooks (ambrosiana.it/en/).

At the Museum of Science and Technology (museoscienza.org/english) you’ll find an artfully displayed Leonardo gallery too, with more models of his inventions, from a leather-covered wicker lifebelt to an automated cannon ‘machine-gun’.

The imposing Sforza Castle dominates central Milan. Leonardo moved in here to work at the Duke’s glittering court. On May 2 the castle’s Sala delle Asse reopens after six years’ restoration. The walls, ceiling and floor were covered with painted vegetation by Leonardo. (milanocastello.it/en).

Leonardo lived alongside Milan’s massive gothic Cathedral for a while, where Palazzo Reale now stands. The Palazzo holds various dry and scholarly Leonardo exhibitions in 2019. Nearby, Milan is very proud of the world’s largest statue of Leonardo outside La Scala opera house. 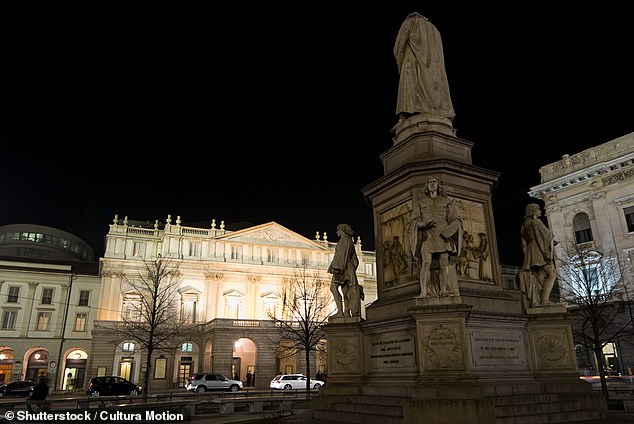 Honour: Pictured above is the world’s largest statue of Leonardo outside La Scala opera house

Leonardo tried to build the world’s biggest statue of a man on a horse.

He got as far as a huge clay model but invading French archers destroyed it by using it for target practice.

A bronze recreation of his drawings stands in Milan’s suburbs. The 25 ft-high, 15-ton statue is still smaller than Leonardo’s.

A series of small replicas by various artists will be displayed alongside between May and November.

Milan is usually considered a destination for fashion, design and food, but it also has the most Leonardo links — and fewer crowds than Florence.

Special treat: The five-star Mandarin Oriental offers a Leonardo package this year from £1,000 per night for a double room. This includes a private guided tours for two in a chauffeur-driven car. Visit www.mandarinoriental.com/milan