Be wowed by the true wonders of Wiltshire

Be wowed by the true wonders of Wiltshire: Discovering the oddities, anecdotes and hidden histories of the county’s towns and villages

Stonehenge, Salisbury Cathedral and Old Sarum draw millions of visitors to Wiltshire every year. But locals say there’s far more to their county – and a new book by authors Fanny Charles and Gay Pirrie-Weir showcases the lesser-known attractions, oddities, anecdotes, secret locations and hidden histories of their favourite towns and villages.

The home of priceless art

Wiltshire once housed more priceless art than any other place in the world. When the Blitz began, collections from the British Museum, the National Portrait Gallery and the Victoria and Albert Museum were quietly moved to vast storage rooms in the old stone quarries of Westwood. Until the end of the Second World War, everything from a Wright Brothers plane to the Elgin Marbles was all safely stored in Wiltshire.

Be spooked by ghost stories

The Church of Holy Cross, where the ghost of a notorious local is said to reside

Ghost stories abound amid ancient stones. To see one, head to the village of Ramsbury at midnight and stand outside the north door of the 13th Century Church of the Holy Cross. Count the metal studs on the door and if you make it to 100, the door will open and the ghost of ‘wild’ William Darrell – an infamous local MP implicated in a grisly murder – will fly out.

A walk down memory lane

Put on your walking boots and enjoy a bit of history as you head along Maud Heath’s Causeway from Wick Hill to Chippenham. In the 15th Century, Maud walked the route several times a week, delivering eggs to the market. When she died, a surprisingly rich woman, she wanted her money to maintain the route in perpetuity for other walkers. Some 550 years later, her charity does just that.

Defence of the realm

Wiltshire is the county ‘with the military in the middle’. Drive across Salisbury Plain and you’ll pass ‘Tank Crossing’ signs, hear helicopters fly overhead and see red flags warning that live-fire training is taking place. It’s also got the manor house in Ogbourne St George that was central to the wartime disinformation campaign Operation Mincemeat. And if you walk the streets of Corsham, below you is the Burlington nuclear bunker, built for 4,000 essential workers in the event of a nuclear war.

Go wild in the water

The Farleigh & District Swimming Club is believed to be the world’s oldest river swimming club. Head to Stowford and join them for a dip on sunny days – or even in the depths of winter.

Raise a glass to Churchill 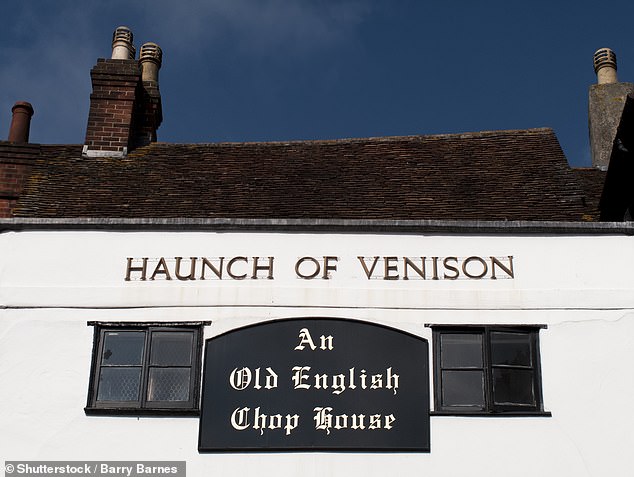 There are pubs galore in towns and villages and they can spring some surprises. The Haunch of Venison is said to be the oldest in Salisbury – dating from 1320 – and comes complete with ghosts, a mummified hand (‘lost’ by a card-player in the 18th Century) and a cosy corner where Winston Churchill took Dwight Eisenhower as they planned the D-Day landings in 1944.

Get your timing right and there’s cutting-edge architecture to enjoy. The grounds of Oare House have the only UK building designed by Chinese ‘star-chitect’ I. M. Pei, the man behind the glass pyramid at the Louvre in Paris. It’s a pavilion for Oare House guests – you can see it for two days a year when the grounds are open as part of the National Gardens Scheme.

Wiltshire used to be famous as the ‘chalk and cheese’ county – for the chalk hills in the south and the cheese-producing dairy farms of the north.

Today it’s even more of a foodie paradise. Black truffles have recently been found at secret locations in the county after a gap of 80 years (the truffle-hunting season runs from September to December). Eastbrook Farm in the Marlborough Downs is one of the country’s best organic farms (tuck into some of its produce at the Royal Oak pub in Bishopstone or the Chop House in Swindon). 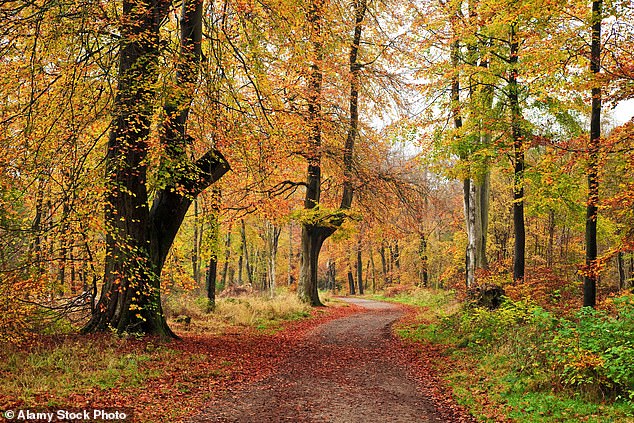 Dazzling: The trees turn bronze at Savernake Forest where you can find the country’s oldest oak tree

Carbon-dating shows that the giant yew in St John’s churchyard in Tisbury is 4,000 years old. And the wonderfully named Big-Bellied Oak in Savernake Forest is, at 1,200 years old, the oldest oak in the country.

Worried about the cost of living? Take a look at The Bread Stones on a church wall in the village of Great Wishford – carved tablets track the price of a loaf for two centuries. The first price was recorded as 3s/4d per gallon in 1800, and reached £3.72 per gallon on the most recent entry in 2000.