Jennifer Lopez enjoyed a solo ride in a water taxi on Friday, after jetting to Venice with her boyfriend Ben Affleck.

The singer, 52, made a stylish arrival for the penultimate day of the Venice Film Festival as she slipped into a chic pinstripe co-ord.

While J-Lo travelled on her own, Ben, 49, headed out with his best pal Matt Damon, 50, and Jodie Comer, 28,  ahead of their premiere for the film The Last Duel.

Beaming: Jennifer Lopez enjoyed a solo ride in a water taxi on Friday, after jetting to Venice with her boyfriend Ben Affleck

The Love Don’t Cost A Thing hitmaker looked stunning in the black and white pinstripe top, which was partially cropped to tease a glimpse of her toned stomach, while the matching A-line skirt added drama.

Styling her brunette hair back in a ponytail, Jennifer amped up the glamour with diamond earrings and a giant pair of oversized sunglasses.

Jennifer complemented her monochrome look with white strappy sandals and a black handbag. 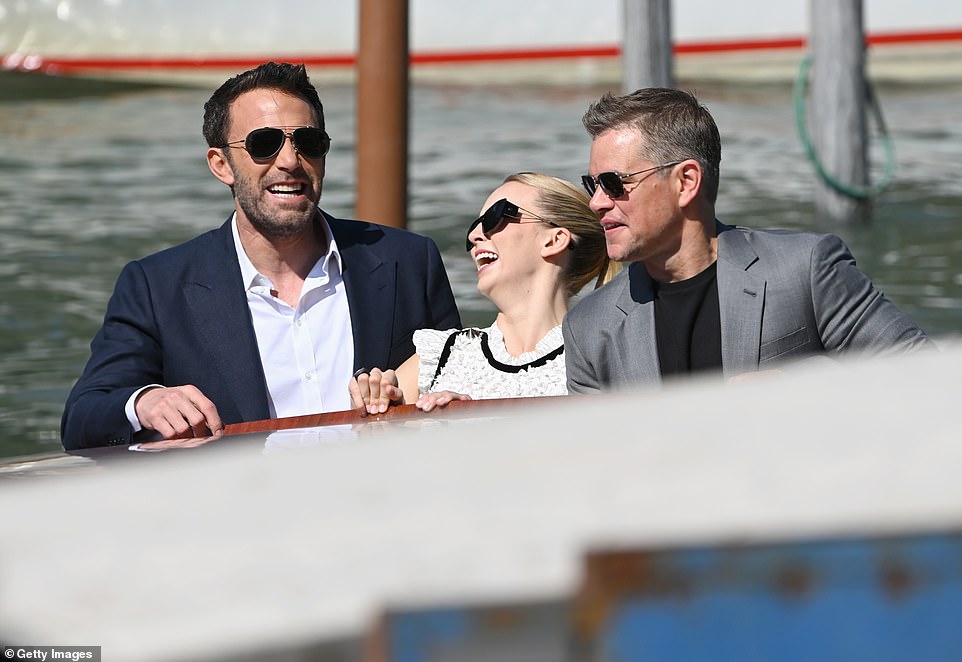 Having a laugh: While J-Lo travelled on her own, Ben, 49, headed out with his best pal Matt Damon, 50, and Jodie Comer, 28, ahead of their premiere for the film The Last Duel 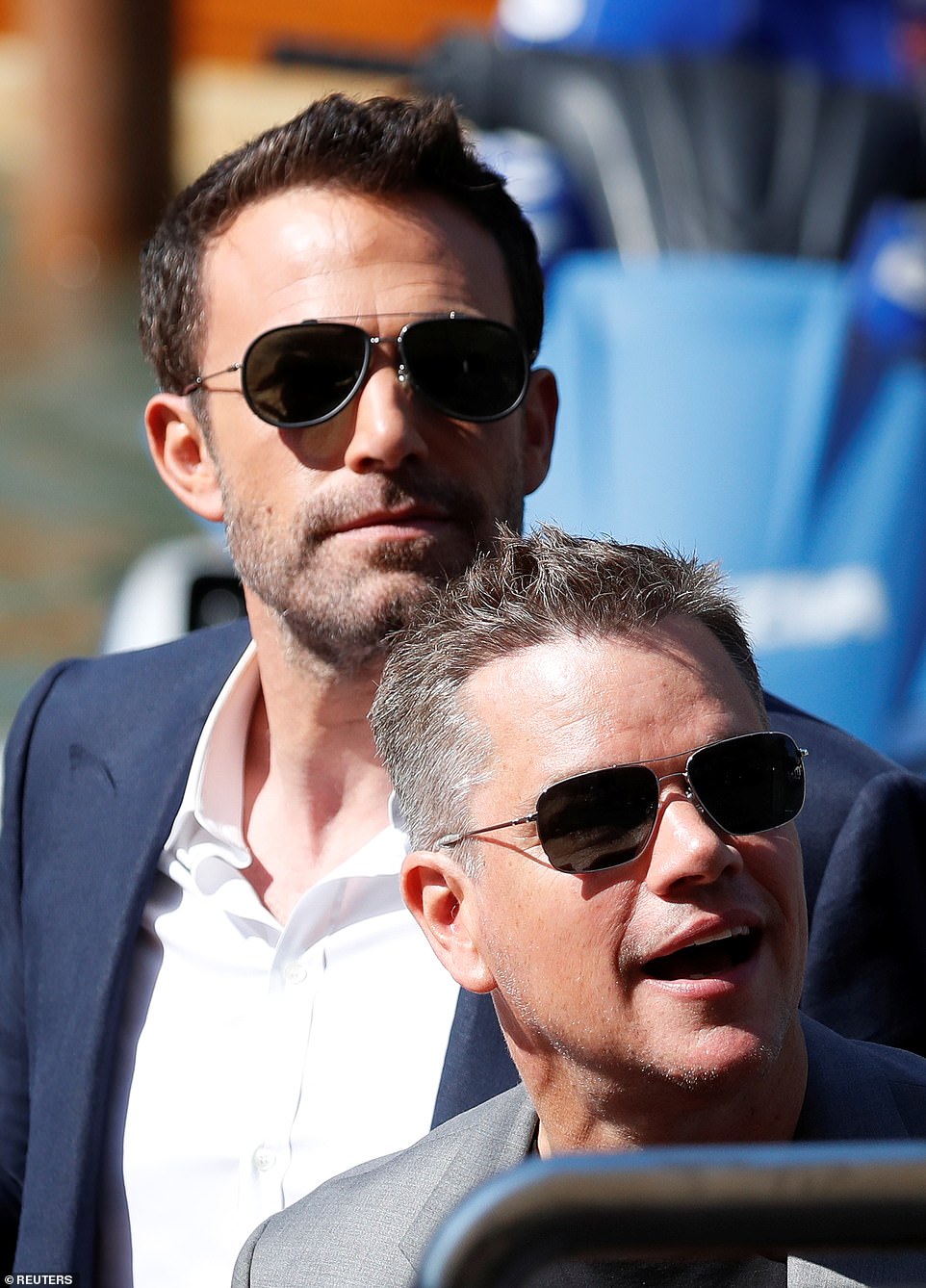 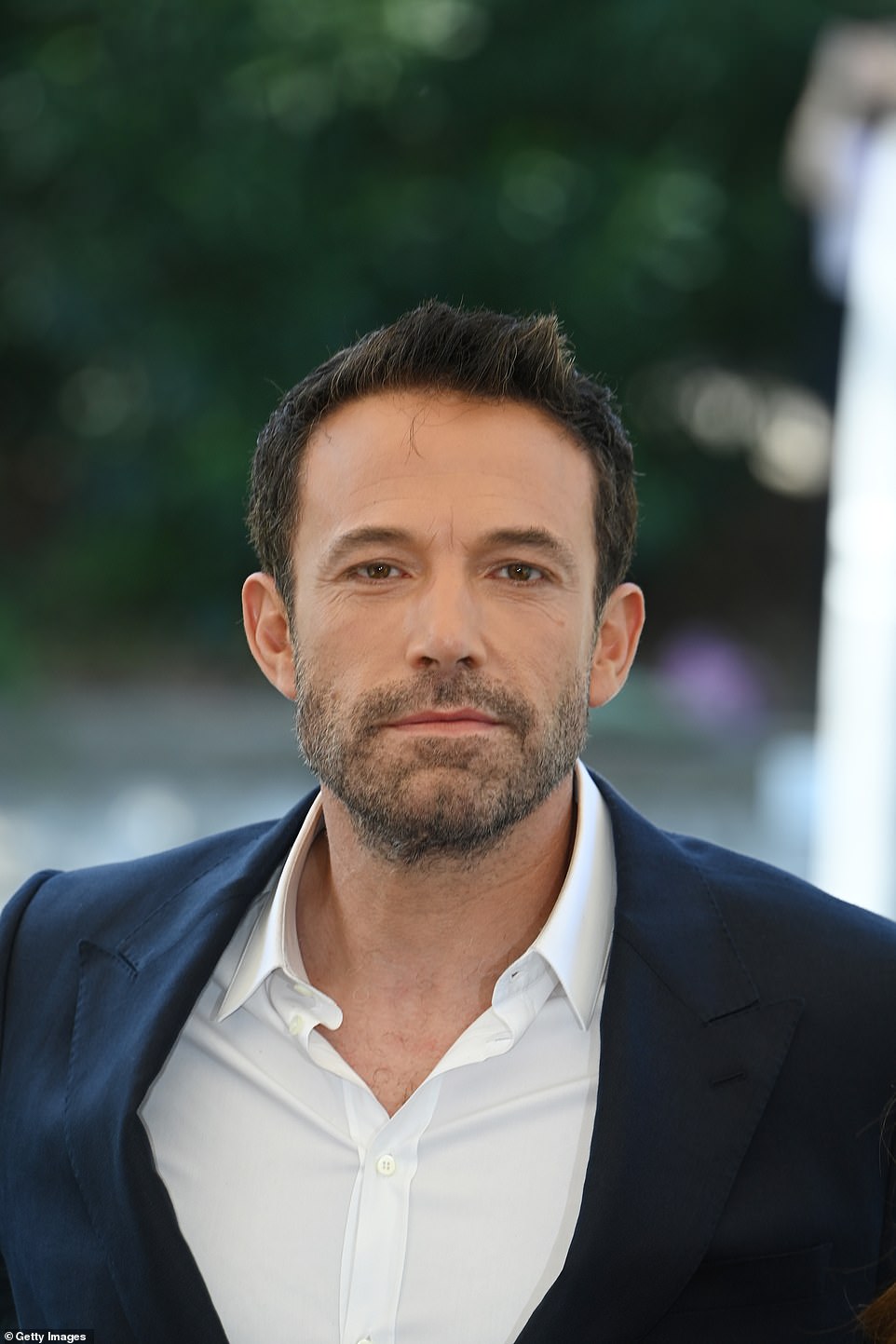 The trio star in The Last Duel which follows the the true story of Jean de Carrouges, a 14th century French knight who embarks on a fight to the death with former friend Jacques Le Gris (Adam Driver).

Adapted from Eric Jager’s book of the same name, Jodie’s character Marguerite is the woman at the centre of the fight, after she and her husband de Carrouges accuse Le Gris of raping her.

The Last Duel marks the first return of Matt’s writing partnership with Ben since their award-winning script for Good Will Hunting, and the pair co-wrote the screenplay alongside Nicole Holofcener.

Originally, Matt and Ben were set to play the two leading roles in the film, but they ran into scheduling conflicts because of Ben’s film Deep Water, so Adam took over the role of Le Gris.

Ben will instead star as Count Pierre d’Alençon.

Filming began on the movie in February last year in France but the set was shut down in March due to the pandemic and travel restrictions in Europe, before they returned to filming in September.

Matt was at the film’s next location in Ireland when lockdown began and, amid the travel ban, ended up isolating in the seaside resort of Dalkey, an affluent suburb of Dublin with his wife and four children for a few weeks.

The Last Duel had a scheduled released date of December 2020 but it has now been pushed back to October 15, 2021.