Bear family takes a dip in a pool in Southern California

A family of bears knew just how to fight the record-high temperatures in Southern California.

Incredible footage has captured the moment a mama bear and her two cubs decided to cool off by frolicking in a Monrovia family’s pool.

The clip first shows the whole family swimming together, before the mama bear, seemingly noticing she has an audience, veers off to the other side of the pool.

Beating the heat! Incredible footage shows a family of bears swimming in a California pool 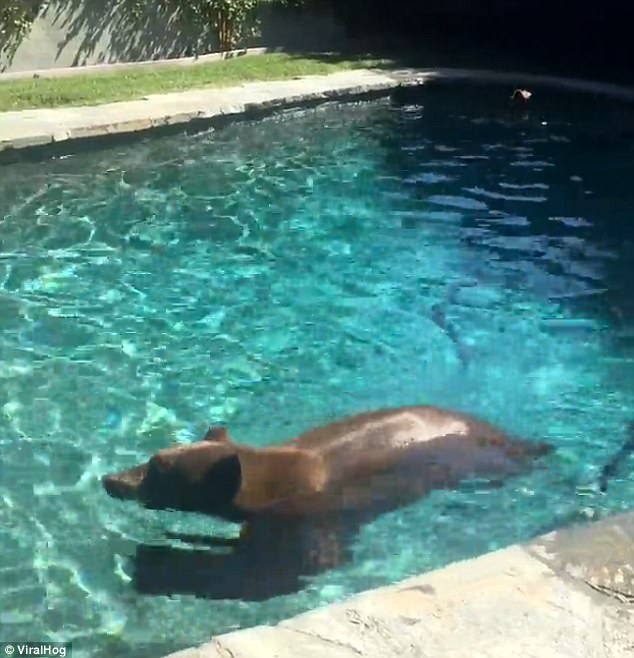 What’s private property to a bear? The mama, seemingly noticing she has an audience, veers off to the other side of the pool

‘She’s tagged,’ the man behind the camera notices as she soaks in the sun in one of the pool’s corners.

‘I don’t want her to push through the glass though’ says the man, both amused by the scene in front of him and afraid at the possibility of the bears exerting their incredible strength on his property.

‘She won’t,’ the man’s wife can be heard saying. ‘It’s incredible.’

‘Good thing I came home when I did, they would’ve been in the house,’ she adds with a laugh.

The mama bear then gets out of the pool and comes close to the camera as her two cubs watch from the water. 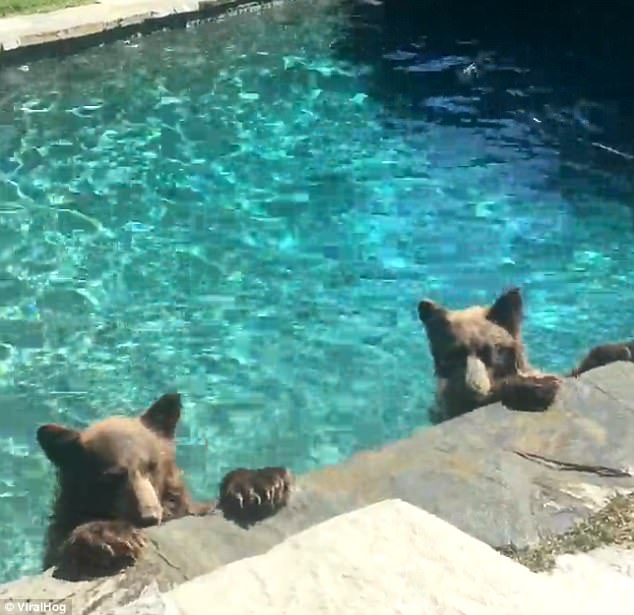 A beary traveled family: The family said the bears came from the San Gabriel Mountains and they’re used to seeing wildlife in their neighborhood 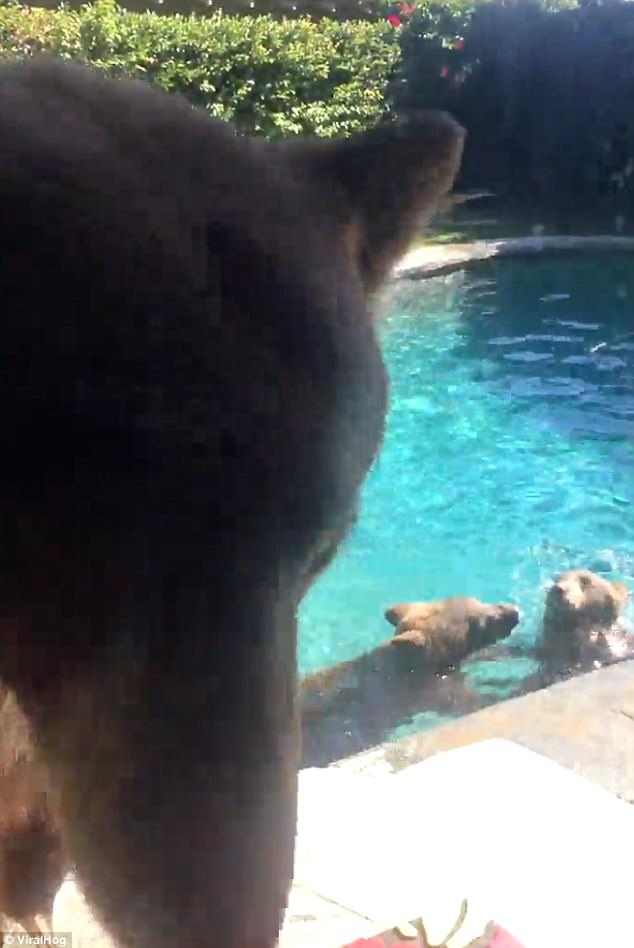 They came, had fun, and left! Towards the end of the clip, the mama bear gets out of the pool and comes close to the camera as her two cubs watch from the water

Taking their mom’s cue, the two cubs also get out of the pool.

The pool’s owner wrote on YouTube the bears came down from the San Gabriel Mountains into his neighborhood, and that after a few minutes they headed back towards the hills.

He added that he and his family are used to seeing a lot of wildlife in the area.

It should be no surprise that the family of bears needed some relief from the heat – California has been suffering from a record-braking late-October heat wave, with temperatures reaching 102 degrees in Los Angeles, 105 in Long Beach, and 102 in Santa Ana.

On Monday, the National Weather Service issued a red flag warning through Wednesday, alerting that the Santa Ana winds would ‘bring the most dangerous fire weather conditions that Southwest California has seen in the past few years.’