Bear Grylls has revealed he visited Ukraine this week and hinted at a ‘special programme’ he said will show a side of President Volodymyr Zelensky ‘never shown before’, as the country sits in for a hard winter amid Russian bombardment.

An ex-SAS member know for his survival shows such as ‘Survive in the Snow’, Grylls knows a thing or two about enduring harsh conditions.

Social media quickly filled with speculation that the UK’s Chief Scout was in the country filming a survival show, after Grylls said he had a new programme ‘coming soon’.

A video of the two sharing a piece of chocolate surfaced after Grylls revealed via his social media posts that he was in Kyiv. 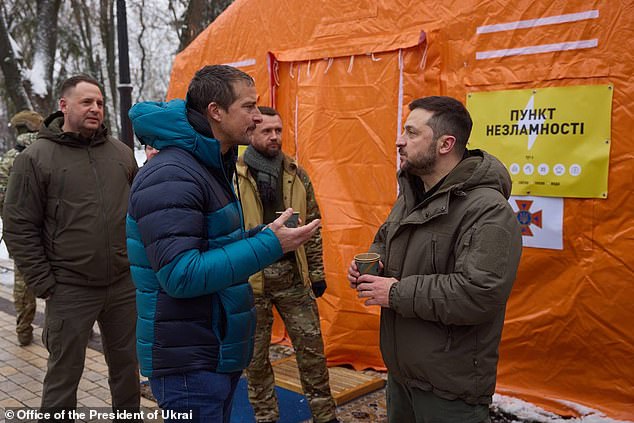 An ex-SAS member know for his survival programmes such as ‘Survive in the Snow’, Grylls knows a thing or two about surviving under harsh conditions 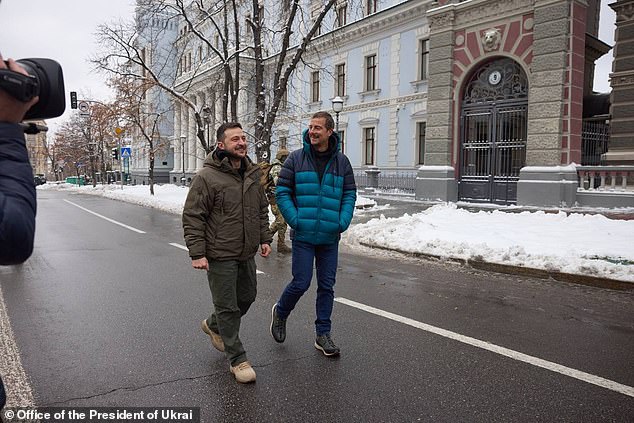 The survivalist TV star hinted at a ‘special programme’ said to be ‘coming soon’, leading some to speculate a special on Ukrainians surviving the winter was forthcoming

‘Bear Grylls, thank you for this visit to Ukraine!’ said Zelensky in a Telegram post. ‘It is important to make the world hear the truth about the struggle of Ukrainians for their freedom and democracy, about the missile terror of the aggressor against our people.’

After meeting Zelensky, he said: ‘It has been an experience for me like no other. As the country goes into winter, and with their infrastructure under attack, survival for millions of people is a very real daily struggle.’

‘I wanted to ask how he was really coping… I got so much more,’ he said about his conversation with the President, hinting at content for a possible special. 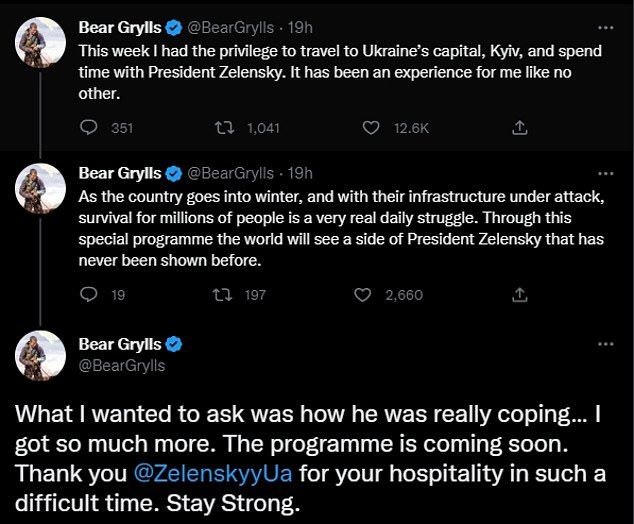 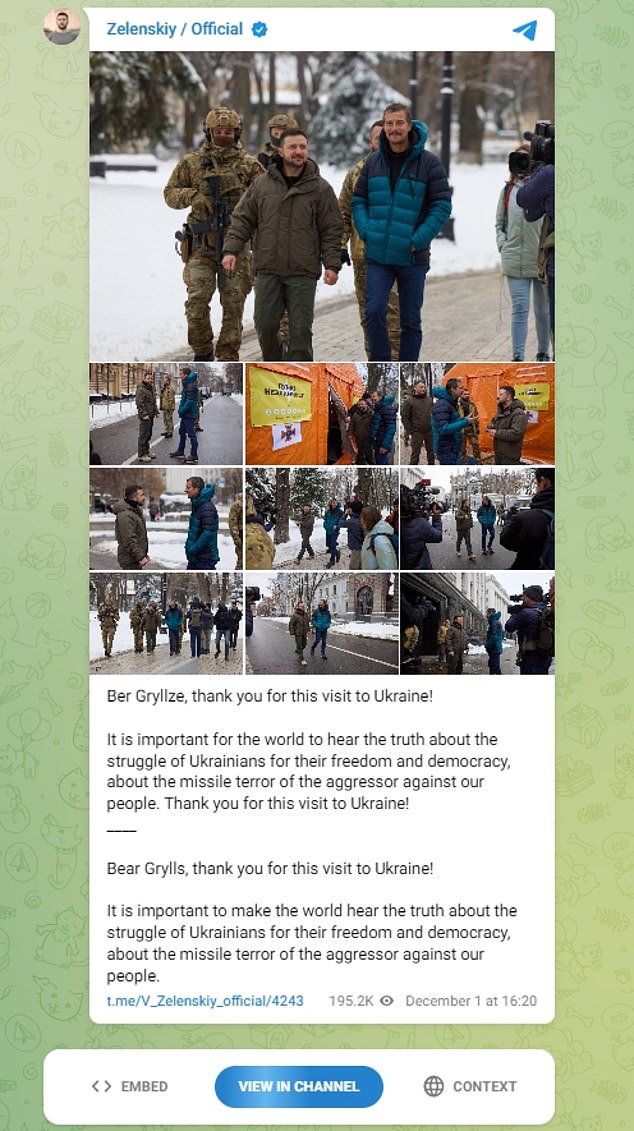 President Zelensky’s official Telegram channel posted photos of him and Grylls, thanking the Chief Scout for his visit which is expected to raise awareness about the harsh winter conditions in Ukraine

He thanked Ukrainians for their hospitality and urged the Ukrainian people to ‘stay strong’.

Ukrainians are facing brutal conditions due to Russia’s destruction of the country’s civilian infrastructure, with Vladimir Putin’s troops firing missiles at civilians in Kyiv and targeting the energy grid to try to freeze the country into submission.

Grylls, the son of the late Conservative politician Sir Michael Grylls, joined the army and the SAS before becoming a TV star and expert survivalist.

Earlier this year, he led a secret expedition to Mount Everest aiming to recover the body of Pipa Middleton’s brother-in-law, who died in a climbing accident.

He says he prays every day, though he is not particularly religious, and uses regular exercise as a coping mechanisms in his mental health battles, he revealed in a recent BBC interview. 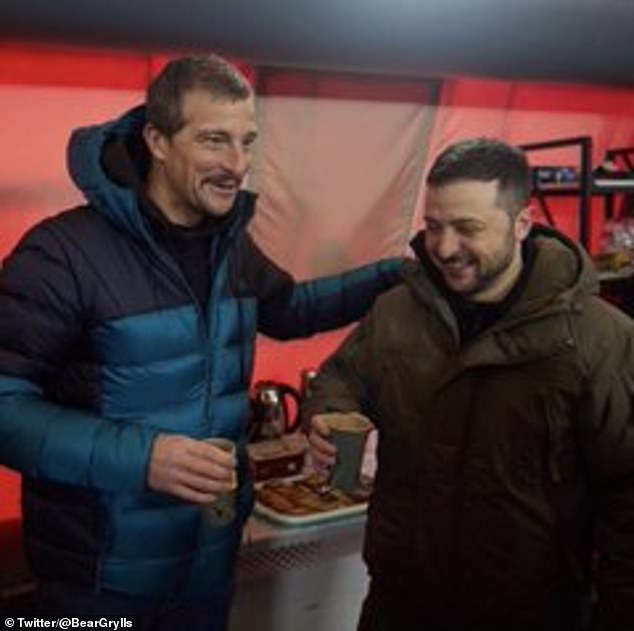