The Grinch came early in Virginia after a security camera caught a bear destroying a family’s Christmas lawn decorations.

Every year the Ashby family proudly set up their holiday display on their lawn in the South Run neighborhood of Fairfax Station in Fairfax County.

Their display featuring an unusual inflatable Santa Claus in a helicopter- in tribute to mom Melissa’s former job as a Navy pilot.

But for the last few weeks residents have been waking to find their seasonal decorations inexplicably shredded overnight, and thought that rowdy teens may be behind it.

Now, a Nest camera has captured the furry culprit in the act.

The intruder can be seen wandering onto the lawn of the Ashby family’s home late at night on Wednesday, before launching an attack. 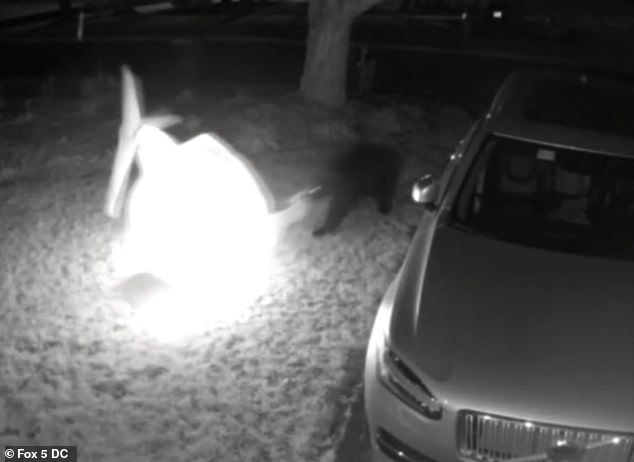 The bear later returns to attack from the front and drags the decoration, puncturing and deflating it, before leaving

Mrs Ashby, whose family had bought the inflatable years ago as a tribute to her former career as a Navy pilot, said she had woken up on Thursday morning to go to the gym when she made the discovery and decided to check their security camera.

On the video she saw the bear approach from the back of the decoration and take a bite of the inflatable propellers.

The bear then turns around and attacks the front of the display, dragging and puncturing it, before leaving.

‘Honestly, when he turned around and actually went after the front and went after it twice it was kind of scary, he’s fast’, she told Fox 5 DC.

She added: ‘Whether it was ‘hey I’m quite not sure what you’re doing but I’m gonna bite you’, it was kinda scary.’

The Ashby family have displayed their unusual, inflatable Santa Claus in a helicopter for years as a tribute to mom Melissa’s former career as a Navy pilot.

Mom Melissa, pictured, said that she would repair the inflatable helicopter and get it working again

The bear can be seen in the video biting the inflatable propellers, which punctured the decoration, deflating it

The family now suspect the ‘Grinch’ may have been involved in damaging their trash cans over the last few weeks, as well as attacks on other decorations in the neighborhood.

But Mrs Ashby is confident that the much-loved family decoration can be saved.

‘I’m not quite sure how we’re going to fix it but we’ll get him up and running again,’ she said.

State and county officials have warned residents to help steer bears away by covering up their trash and not to leave out any bird seed. 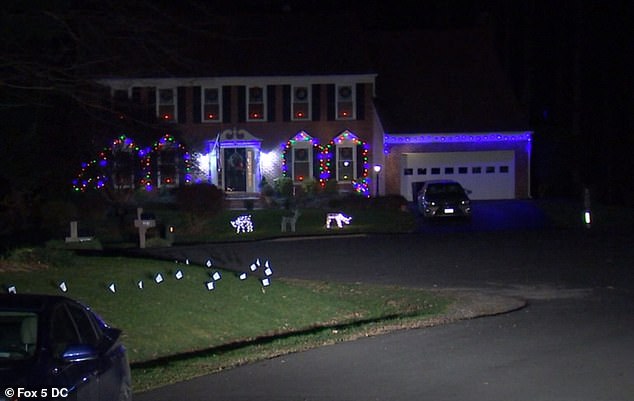 Residents in the neighborhood have been waking to find their seasonal decorations inexplicably shredded overnight, and thought rowdy teens were to blame 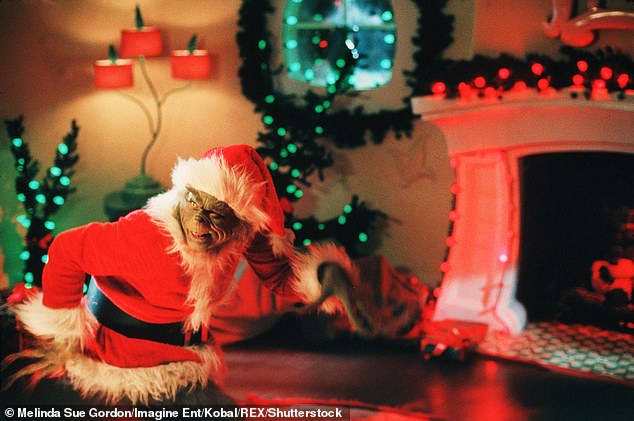 Jim Carey starred in the How The Grinch Stole Christmas film in 2000, based on the Dr Seuss book first published in 1957, where the green character breaks into a family home to take their presents and decorations- before giving them back in remorse