Real Madrid beating Liverpool in the Champions League final ‘will be a piece of cake’, the Spanish club’s honorary president has declared.

Francisco Gento, who won the European Cup six times with Real in the 1950s and 60s before becoming a club ambassador, is looking forward to the Kiev showpiece on May 26.

Real are bidding to become the first team to win three consecutive European Cups since the tournament was re-branded as the Champions League in 1992 and Gento is very confident.

‘Everyone gets excited by these kind of games,’ he said. ‘Everyone wants to be there to support the team and cheer them on to win another European Cup and continue this great run we’re in and which we have always enjoyed.

‘Madrid cannot let this chance slip — finals are to be won, not played and Real Madrid know what is at stake.’

Asked if he was confident that Real would prevail against Jurgen Klopp’s Reds to earn their 13th European crown, Gento added: ‘That goes without saying, it will be a piece of cake.’

The final will see the highest-scoring player in this season’s competition face the most prolific team, with Real marksman Cristiano Ronaldo leading the way on 15 goals, while Liverpool have hit the net 40 times so far.

Ronaldo is currently sidelined with an ankle injury but Real boss Zinedine Zidane is adamant that he will be fit for the final.

Zidane said: ‘It’s a sprain, but there’s not damage to the fibula. The ankle is stable. 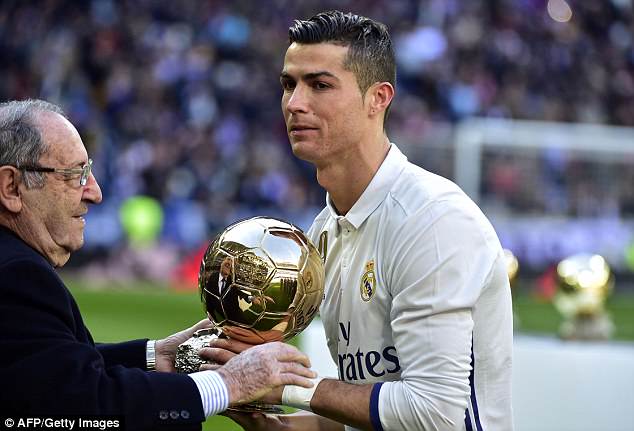