Laing Art Gallery’s The Enchanted Garden exhibition: the only show in history to display Francis Bacon and Beatrix Potter together?

SHOW OF THE WEEK

This, I’m sure, is the only show in art history where Francis Bacon and Beatrix Potter have appeared together. If the Laing Art Gallery’s Enchanted Garden exhibition were a flower bed, it might be accused of confused planting: Claude Monet’s Water-Lilies, Setting Sun sharing space with Cicely Mary Barker’s saccharine yet slightly sinister Flower Fairies?

But on the wall it works and becomes another reason to visit Tyneside now the Great Exhibition of the North is under way.

This show chronicles the effect of the garden on the artistic imagination in the century between 1850 and 1956 and is dotted with delights from the venerable Newcastle gallery’s own collection and some knockout loans, including Stanley Spencer’s The Betrayal. 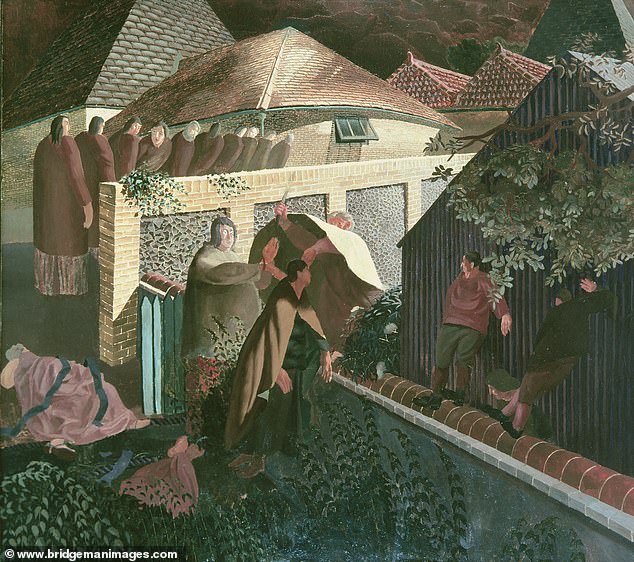 The Betrayal, by Stanley Spencer. Heunderstood the simple power of putting gospel scenes in gardens and The Betrayal sets the taking of Christ in a backyard in Cookham, Berkshire

Spencer understood the simple power of putting gospel scenes in gardens and The Betrayal sets the taking of Christ in a backyard in Cookham, Berkshire. Spencer’s daughter Shirin, now in her 90s, told me it was her father’s most powerful work, ‘overwhelming in its humanity’. And it is people rather than the planting that makes so many of these works compelling.

Bacon, the dark Soho visionary, wasn’t likely to paint cherry blossoms, and his work here, Figures In A Garden, on loan from the Tate, is an early and deeply uncomfortable painting in which a dog whimpers beneath a blocky, threatening male figure.

It is not the only dark turn in the show, where death lurks in the herbaceous borders, thrillingly so in the morbid homo-eroticism of Edward Burne-Jones’s pre-Raphaelite fantasy, 1870 study The Sleeping Knights. 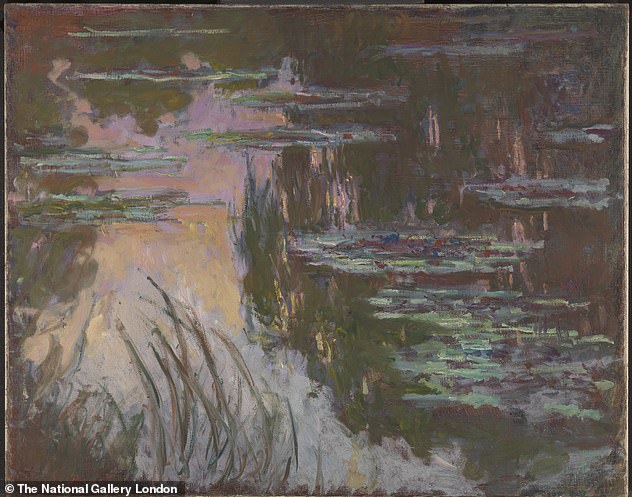 Water-Lilies, Setting Sun, by Claude Monet. The painting is inspired by the water garden of Monet’s property in Giverny, France

Stanley Spencer loved communist China because it reminded him of Berkshire. He said: ‘I feel at home in China because I feel that Cookham is near.’

Elsewhere, an infatuated couple are engulfed by blossom as they take afternoon tea in Harold Knight’s In Springtime, a gently sensual picture popular with generations of romantic Geordies.

And the clogs in which Beatrix Potter used to garden are also here – sitting, still muddy, in a case.

A watercolour of the Welsh garden where she conceived The Tale Of The Flopsy Bunnies and a study of plants reveal Potter to be an accomplished draughtswoman, but she was also an escapee, fleeing to the garden after her fiance died only weeks into their engagement. 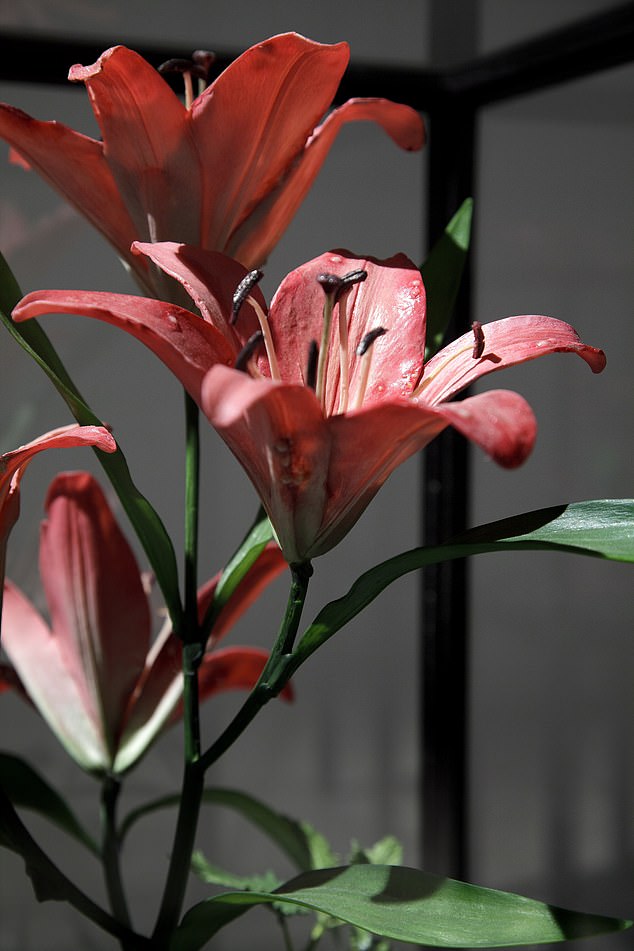 Venal Muse, Minosus, by Mat Collishaw. Gardens are supposed to make us happy, yet sadness is a recurring theme at the Laing

Gardens are supposed to make us happy, yet sadness is a recurring theme at the Laing. Spencer’s masterful Gardening is, apparently, a self-portrait of the artist digging over a vegetable plot in tweeds and a hat, with a teenage Shirin helping the father who has abandoned her before.

Utterly self-assured in its handling of texture and pattern, the picture is both domestic (Shirin holds a basket of leeks) and filled with all the complicated wonder of the garden.