They failed to find romance with their respective partners on Beauty and the Geek.

But Kiera Johnstone and Jackson Palmer are now hinting they’re dating outside the show, after sharing several cosy Instagram photos – with some very saucy captions.

‘Bae and I’: Beauty and the Geek stars Jackson Palmer (right) and Kiera Johnstone (left) have sparked romance rumours after sharing a series of cosy photos on Instagram

Kiera reposted the photo to her own Instagram Story, and captioned it: ‘There’s gonna be a lot of upset girls.’

She was also asked during a Q&A with fans if she liked ‘Jacksauce’ and put ‘Jacksauce on her food’ – seemingly referring to a private joke between the pair.

‘Jacksauce is the best sauce,’ she wrote, alongside another photo of herself cuddling up to Jackson.

‘I see no lie,’ Jackson responded. 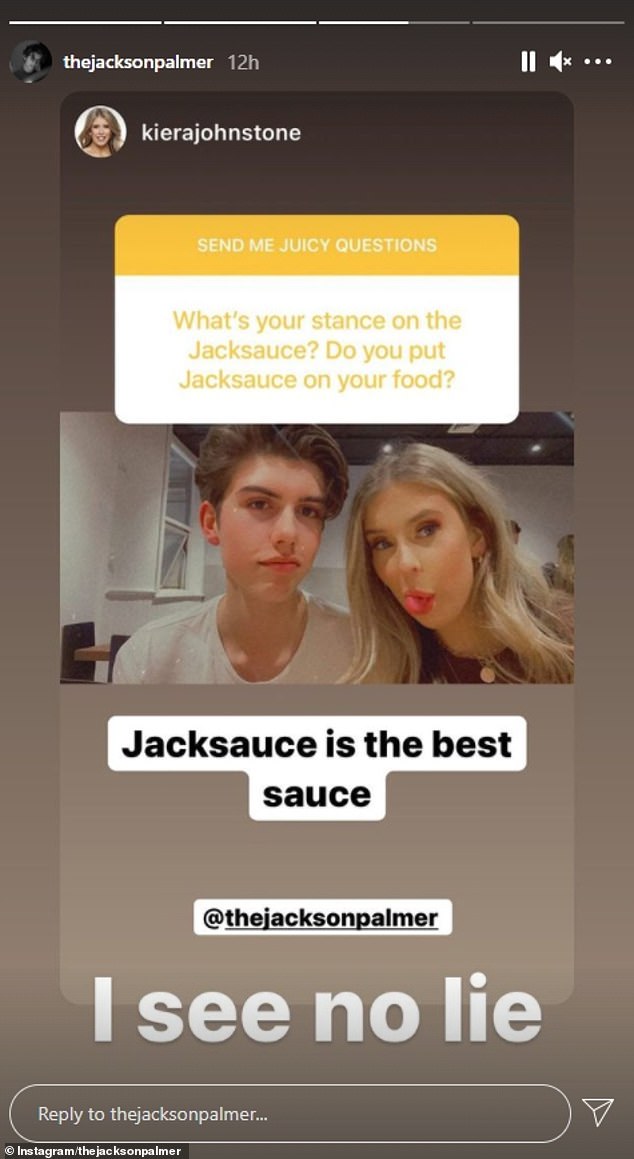 Dropping hints: Kiera was also asked during a Q&A with fans if she liked ‘Jacksauce’ and put ‘Jacksauce on her food’ – seemingly referring to a private joke between the pair 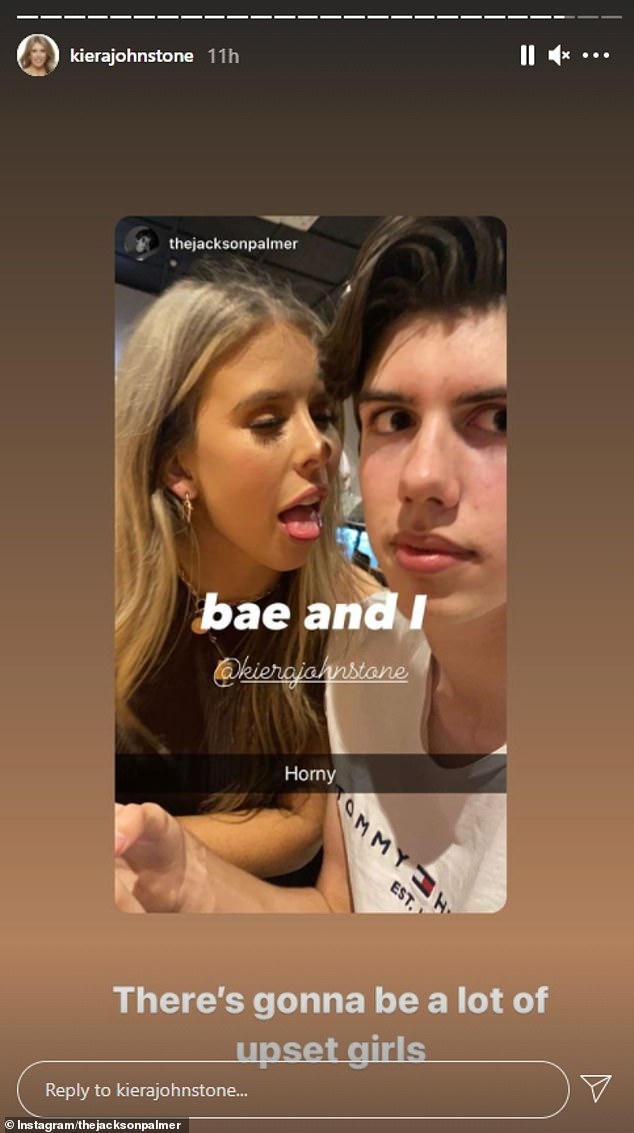 Plot thickens! Kiera joked ‘there’s gonna be a lot of upset girls’ as she grows closer to Jackson 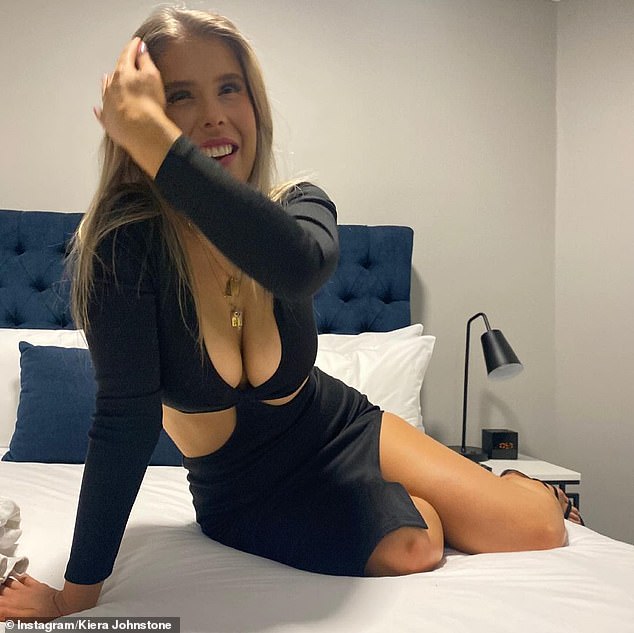 Worthy winner: Kiera won Beauty and the Geek with her partner Lachlan Mansell last week, taking home half of the $100,000 cash prize

While Kiera won the show – and the $100,000 cash prize – with her partner Lachlan Mansell, Jackson made headlines for other reasons after photos emerged of him looking more like a runway model than a self-proclaimed ‘awkward’ nerd.

His on-screen partner Jessica Antoniou shared one of his smouldering photos to her TikTok account, igniting rumours he was a ‘secret hottie’ all along. 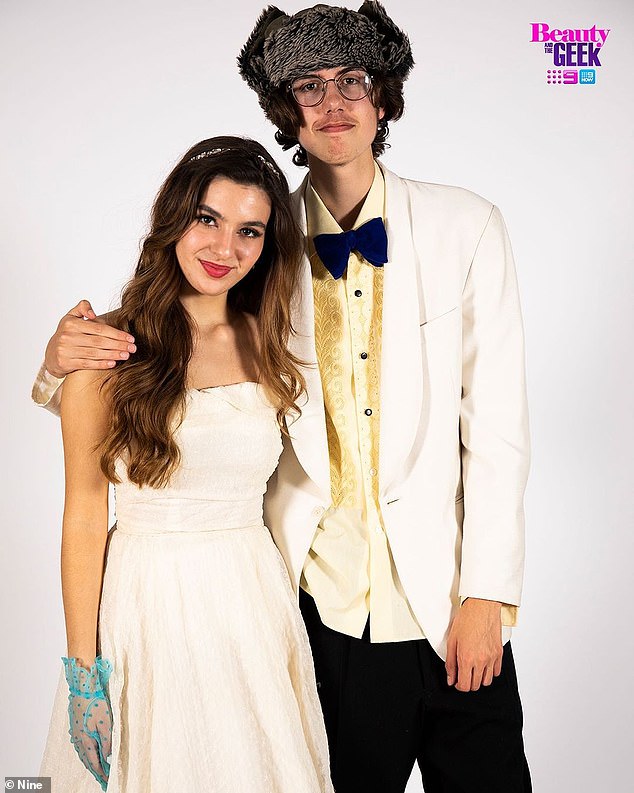 Exposed: Jackson’s show partner Jessica Antoniou (left) recently shared a photo on TikTok of him looking like a runway model, igniting rumours he was a ‘secret hottie’ all along 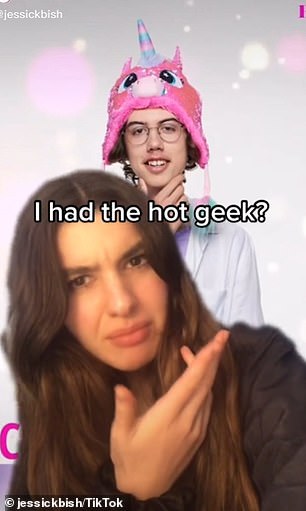 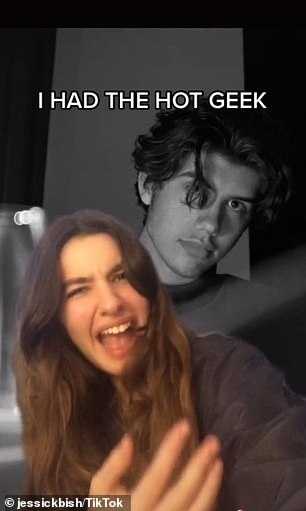 Transformation: ‘I had the hot geek?’ Jessica captioned a video comparing Jackson on the Nine show (left) to his sultry modelling photos (right)

‘I had the hot geek?’ Jessica captioned the video, comparing Jackson on the Channel Nine show to his modelling photos.

In the footage, Jessica looked over at a photo of Jackson on BATG wearing his trademark goofy hat, glasses and a colourful T-shirt.

But seconds later, the clip cut to a black-and-white image of Jackson gazing seductively at the camera, looking worlds away from his geeky on-screen persona.

Jackson, who has apparently ‘never kissed a girl’, appears to have toned down his ‘geeky’ style since filming BATG and now opts for a more demure vibe.

He shared a photo on Instagram last week of himself posing by the ocean in a white T-shirt and denim jacket while sporting the same seductive gaze as before. 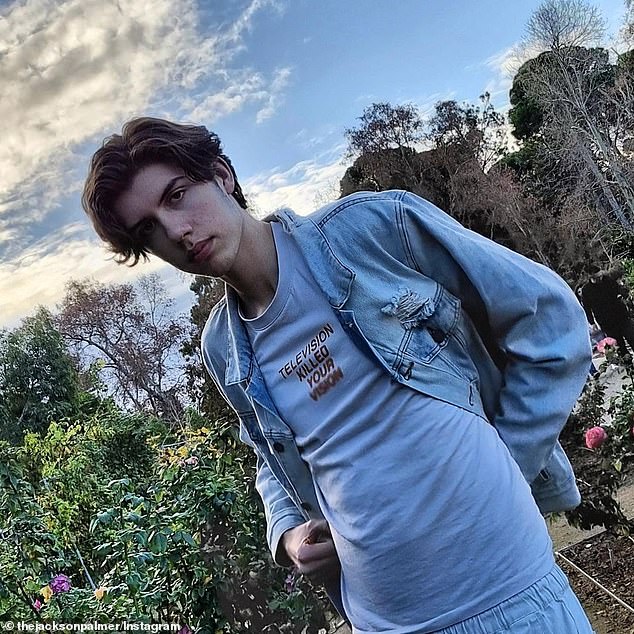 Unrecognisable: Jackson shared this photo on Instagram last week of himself posing by the ocean in a white T-shirt, denim jacket – and sporting the same smouldering gaze as before