A former Beauty And The Geek contestant has been released from custody to enter a drug rehab program.

Jordan Finlayson, an ex-NRL cheerleader and Penthouse model, pleaded guilty to supplying anti-depressant drug GBL in July after she was caught in November 2018.

She has been in custody since June when she was arrested on separate drugs charges – but has now been released on bail.

Jordan Finlayson (pictured), an ex-NRL cheerleader and the former face of the Chiko roll, has been placed under house arrest

Finlayson, who once appeared in a Chiko role TV advert, will be under house arrest until she enters a Byron Bay drug rehab clinic, reported the St George Shire Standard.

She is not allowed to leave her parents’ home in Rosebery in Sydney’s inner-south unless they are with her and must not consume drugs or alcohol.

The former model, who has 40,000 Instagram followers, will then get help by attending a clinic in Byron Bay.

The 28-year-old was arrested after police searched her car on November 11 last year. 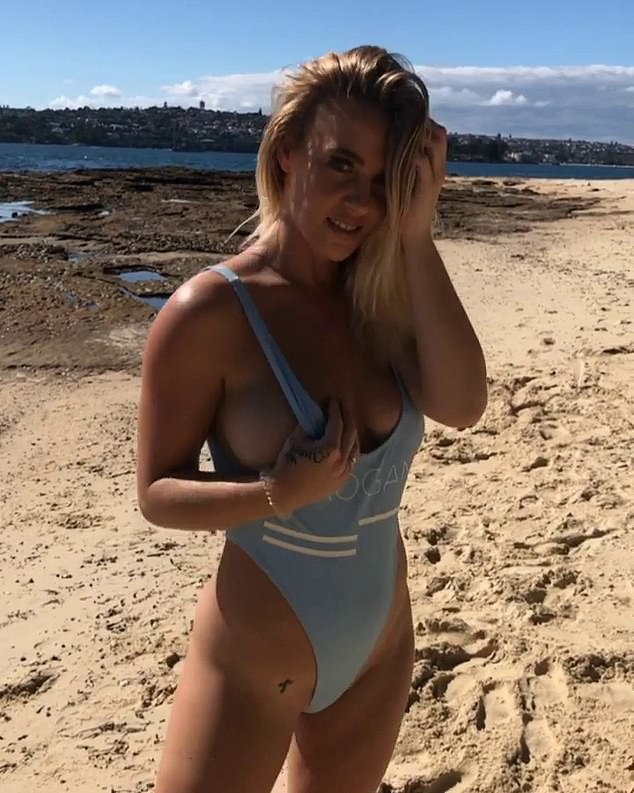 Police facts state that when they searched her car last year, Finlayson admitted there was ‘weed’ in her car door.

However, when police searched the car they could cannabis, Xanax and two plastic containers of GBL.

‘The accused stated “the weed and Xannies help me sleep” and “I use g”,’ police said.

In the following days, police obtained a search warrant and raided her Rosebery apartment where they found more cannabis and Xanax. 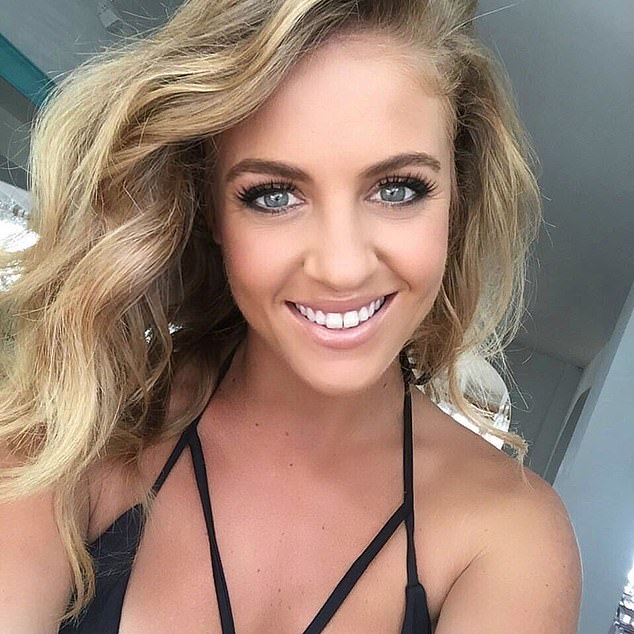 Finlayson pleaded guilty to supplying 87.7g of GBL and 23.2g of Xanax as well as possessing 0.8g of cannabis after police searched her car on November 11 last year

‘I’m instructed her life has spiralled out of control in a significant way since January 2018 after the breakdown of a long-term relationship,’ her solicitor said.

Finlayson pleaded guilty to supplying 87.7g of GBL and 23.2g of Xanax as well as possessing 0.8g of cannabis.

She also pleaded guilty to possessing 7.1g of cannabis and six Xanax tablets and will be sentenced on October 22.

Finlayson also faces court on September 17 for a hearing over further drugs charges laid against her in June when she was arrested in a major police crackdown.

The 28-year-old was a cheerleader for the NRL clubs Cronulla Sharks and Wests Tigers and the Sydney Kings basketball team in 2014.

She briefly shot to fame in 2011 as the runner-up beauty on Season 3 of Beauty and the Geek.

Her and the ‘geek’ from the season, Lachlan Cosgrove, began to date after the show concluded but broke up ten months later.

In 2013, she became the face of the iconic Australian brand Chiko Rolls.

Producers from The Bachelor expressed interest in getting her on the show as a contestant, but Finlayson declined.

She more recently appeared topless in photo shoots for Penthouse magazine, and was active on Instagram. 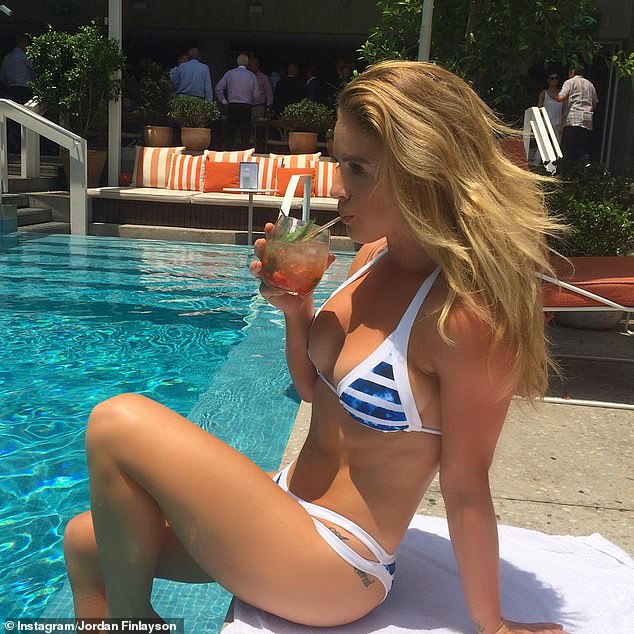 Finlayson (pictured) appeared in Beauty and the Geek season 3. Her and the ‘geek’ from the season, Lachlan Cosgrove, dated after the show but they eventually broke up ten months later