I’m not a mother, so I can’t claim maternal rights and insights when it comes to the thoughts in this column. But as an aunt six times over, with three nieces, I worry about the pressures on young girls – in particular, how much they see around them that’s grounded in the idea that sex sells. Even in the beauty world. Actually, especially in the beauty world.

So when the Scent Republik Scent Stik samples landed on my desk, I was intrigued. I was even more interested when I learned the brand was founded by two fathers, Kevinn Hirsch and Alex Theodorou, with three daughters between them, aged from eight to 11. The pair ‘got fed up with this constant beauty standard where everything is over-sexualised’ and decided to do something about it. They wanted options for their daughters – and for other people’s.

We got fed up with this over- sexualised beauty standard

‘There was a gap in the market between the stage where children love a Disney fragrance and moving up to a Nicki Minaj or whatever,’ Hirsch tells me. And quite a few of those popstrel offerings not only veer towards raunchy but, says Hirsch, ‘they’re borderline trashy’. What the pair have created to fill this gap is good quality, not just cheap tat because the manufacturer thought its target customer wouldn’t know any better. It helps that these dads have a background in branding, but I like this stuff so much that I want to dedicate this week’s column to it.

Scent Stiks are almost like mini felt-tip markers and children apply the fragrance by drawing it invisibly on to their skin. Theodorou’s daughter and her friends even play fragrant noughts and crosses on each other’s arms with them. It also means that they can’t spritz scent all around the house and give everyone else a stonking headache in the process.

Unlike typical tween fragrances, these aren’t bubblegum or strawberry whiffs. They are understated and sophisticated. The duo hired a well-known perfumier, or nose, who has created six simple, pretty scents that can be worn on their own or layered. ‘Each one is based on emotions, so they are mood-related fragrances,’ says Hirsch. ‘In a way what we’re doing is enabling children to acknowledge and deal with their own emotions through a scent. We want it to be inclusive.’ So fragrances have names such as BFF, a blend of rose, freesia and magnolia; Fab, which is vanilla, mandarin and praline, or Chill, a mix of apple blossom and sweet citrus. Each Stik costs £4.95 (from superdrug.com) and although the 3.5ml size sounds small, each one has 1,000 applications of eau de parfum.

The Scent Republik Scent Stiks are easy to carry around, fun, cruelty-free and about getting in some female empowerment early. In an era of #MeToo, it’s pretty Fab to see daddies doing it – and changing it – for their girls. 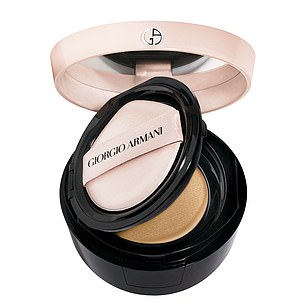 It took me a while to properly figure out how to use the new Giorgio Armani Neo Nude Fusion Powder, but I’m really glad I stuck with it. Essentially you need to use it on freshly moisturised skin as it’s that moisture that brings the best out of this finely milled and pressed powder. It comes in foundation shades but I’ve used it as a bronzer (in shade 6.5) for a lightweight coverage that looks like a real tan rather than make-up. It’s truly brilliant. £48, armanibeauty.co.uk 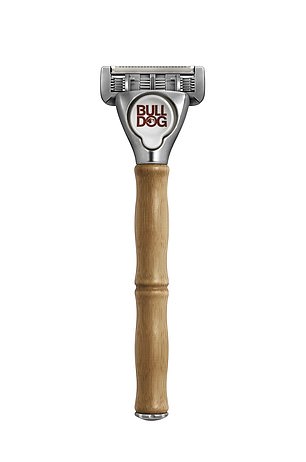 Bulldog, the men’s grooming brand, has created the Original Bamboo Razor. This ethical razor has a natural bamboo handle and packaging made from recycled stock materials, using environmentally friendly inks. I’m a shaver (not a waxer or laserer) for legs and underarms and the changeable five steel blades give a good, clean shave. It is now a key player in my shower. £12, boots.com