Beauty therapy: Brands need to touch base with us all

Beauty therapy: Brands need to touch base with us all

A new product arrived on my desk the other day that instantly elicited a loud chortle from me. The name seemed to sum up so much about beauty – and fashion – brands these days and their obsessive client focus. The product in question was called Millennial Skin and came from Dolce & Gabbana Beauty – it’s all on-brand as that’s also the name of one of its handbag styles. What did they think about before millennials?

There are exceptions. L’Oréal Paris, for instance, has long kept a broad brushstroke of spokesmodels on its books and recently launched the Golden Squad of 50-plus women – including Dame Helen Mirren and Julianne Moore – to speak to those of us no longer in the first flush of youth. And last year Max Factor announced it’s focusing more on the 35 to 55 age-bracket customer. But, hey, hello out there beauty world: there are women with money to spend who aren’t millennials. Feel free to come and say ‘Hi!’ some time. We won’t bite.

In the meantime, I thought if you can’t beat ’em, join ’em. Not to the level of the young people’s obsession with fillers, but make-up wise. And the truth is, Millennial Skin (£35, harrods.com, from Saturday) is a really good, oil-free tinted moisturiser that gives nice coverage, lasts the day and doesn’t sit in wrinkles. It doesn’t make me look like a youngster, but does make me look fresh and even-hued. Other foundations I’ve tried that bring a boost to the complexion but don’t feel heavy are Shiseido Synchro Skin Glow Luminizing Fluid Foundation (£34, johnlewis.com). I love this for its super-lightweight texture and real skin look. Dior Backstage Face and Body Foundation (£29, dior.com) also feels as light as air but gives a dash more cover. If you want something less expensive that feels a little more like a traditional foundation but still has a lighter coverage, then I’m also very impressed by Autograph Hydrating Confidence Boost Foundation (£16, marksandspencer.com).

In a further bid not to be outdone by millennial fever, I tried Mac’s recently reissued but limited-edition Hyper Real Foundation (£26, maccosmetics.co.uk) in Violet. You can use this under foundation for some serious illumination, but that was a step too far for me. Instead, I used a dash as highlighter on the top of my cheekbones and received a wealth of compliments on fresh-facedness.

I added some shadow – Glossier Lidstar (£15, glossier.com) in Slip as it gives a natural shade of nude pink that brings light to my eye area and doesn’t look as shimmery on as you think it will from the tube. I’m often mascara-less these days, but I got out my faithful Lancôme Hypnôse mascara (£25, lancome.co.uk) for some lash drama. And hey presto, more of a real life ‘glow’ look than Instagram ready, but like I said, we aren’t all millennials.

Two weeks ago on Knowhow, we wrote about the rise of Aussie beauty. Now one of my favourite New Zealand brands – Curionoir – has come to the UK. I was first introduced to it by the Kiwi jewellery designer Jessica McCormack and these candles are little gems of their own. With biodegradable botanical wax and lead-free cotton wicks, they come in hand-blown glass jars which can be used afterwards as tumblers or vases. Gardenia’s Shadow gets my vote, but they’re all special – and I love mismatched glasses. £125, theconranshop.com. 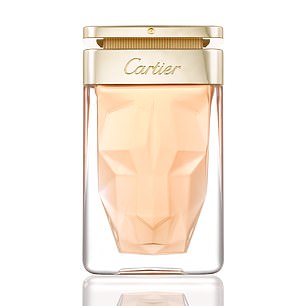 Many people talk about lightening up their fragrance option during the warmer months. I’m not against it, though personally my Cartier La Panthère eau de parfum (£61, debenhams.com), with its blend of gardenia and musk, is rarely not in use. Still, my head (or nose) has been turned this summer by Atelier Cologne Clémentine California Cologne Absolue (£95, selfridges.com), which gives an instant dose of holiday happy – even in the city heat.