To say ‘blush is back’ is one of those statements that makes beauty sound faintly ridiculous, like in the Ab Fab episode in which the magazine team decrees ‘skin is in’. I get it. And yet, there is a bit of a re-focus on blush at the moment that has made even me start to experiment with it again after having long settled down with my cream Clarins Multi Blush (alas it’s discontinued and I have no idea how old my pot of it actually is).

Recently I was chatting to Mac’s director of make-up artistry Terry Barber, and he mentioned that he’s ‘loving blush again. It never went out of fashion but it’s having a moment.’ It’s a pendulum swing from the omnipresence of contour, which is, he said, ‘a great technique to master but makes everybody’s face looks the same. Whereas blush, depending on where you choose to put it, can feel very different.’

I’ve reached an age where the only place I want to put it is on the apples of my cheeks and blended along the cheekbone, but you could go all-out 80s pop band with it if the mood strikes you – personally I’d leave that to anyone whose age means they weren’t there the first time around.

But this general blush re-focus means that brands have been pushing formulas to make it all extra-interesting. My favourite among them is the new Laura Mercier Blush Colour Infusion (£24,spacenk.com). I normally steer clear of powder blush as I often find it’s too pigmented and sits too obviously on the skin. This Mercier stuff is a revelation. It’s super-light in texture and gives a very sheer touch of colour that you can easily blend and build. It’s so weightless that I do actually take it up to my temples, and it gives such light to my face – a fresh and awake look – that it has garnered compliments from even the unlikeliest sources. It has also totally changed how I feel about blush. 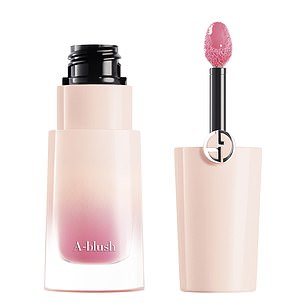 The new Giorgio Armani Beauty Neo Nude A-Blush (£30, armanibeauty.co.uk) comes in five shades and is part of the brand’s approach to providing seamless make-up, the type that gives your complexion a gentle oomph. It’s another one of the water-based formulas currently ruling trends and delivers a light-but-dewy hue of colour that nobody can go wrong with. 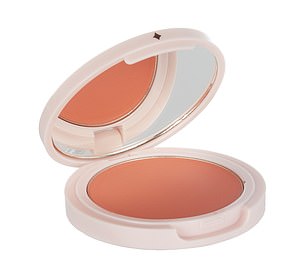 For a natural, vegan beauty option, Jillian Dempsey Cheek Tint Cream Blush (£24.50, thisisbeautymart.com) is good. I find you need to warm it up a little beforehand, and it can seem too pigmented when first applied, but it does blend easily to give a light, outdoorsy flush. 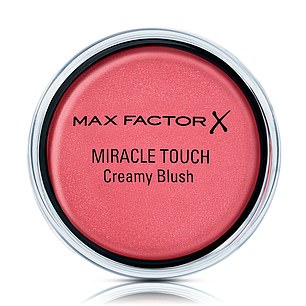 An affordable option comes courtesy of Max Factor Miracle Touch Creamy Blush (£6.99, boots.com). It isn’t new, but it’s good. I switched to the Soft Copper shade as recommended by Caroline Barnes, the brand’s UK ambassador, as I have reddish undertones to my complexion. It’s like discovering it all over again. 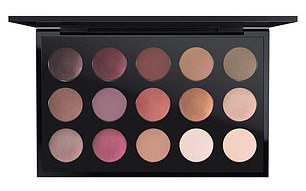 Talking of Terry Barber (above), it’s also worth mentioning his limited edition Mac x Selfridges Terry Barber Eye See palette. This is a greatest hits compilation of his favourite eyeshadows collated over 25 years. Although it’s ‘a homage to the variety of people that I’ve put make-up on’ these are all wearable colours. Use them alone or blend together – this is a super-useful eye colour collection. £49.50, selfridges.com.

This is a game-changer

For the best part of a decade I’ve been using hair tongs to achieve the tousled look, but lately I’ve been thinking that the result looks a bit forced. Luckily, when I visited Andreas Wild at the John Frieda salon in London’s Aldford Street, he was thinking along similar lines: ‘My clients don’t want hair that looks too “done” any more,’ he says. The solution? Blow-drying with a diffuser on your hairdryer instead (I like the Dyson: lightweight, quiet and quick). I have a kink to my hair so for people like me, he said, using the diffuser is enough. If your hair is straight, put it in small pin curls before drying then behold beachy waves that look more retro St Tropez than just stepped out of the salon. £299.99, dyson.co.uk.