A British beauty blogger has revealed how giving birth to her first daughter was so traumatic she was left with post traumatic stress disorder (PTSD) and unable to bond with her newborn.

Writer and vlogger Louise Pentland, who has a following of 2.5million on her YouTube channel, has revealed how labour with her seven-year-old daughter Darcy was so traumatic that she was left having flashbacks, feeling ‘dirty’ and wracked with guilt that she didn’t feel immediate love for her baby.

The mother-of-two says it’s taken her seven years to make the video sharing her story on PTSD after childbirth but she’s keen to ‘let things out’ and wants to help others.

Louise Pentland reveals how her mental health spiralled out of control after she endured a 36-hour labour with her first daughter Darcy, now seven. In a new YouTube video, Pentland shares the story of the traumatic birth, which left her feeling ‘dirty’ and unable to bond with her newborn 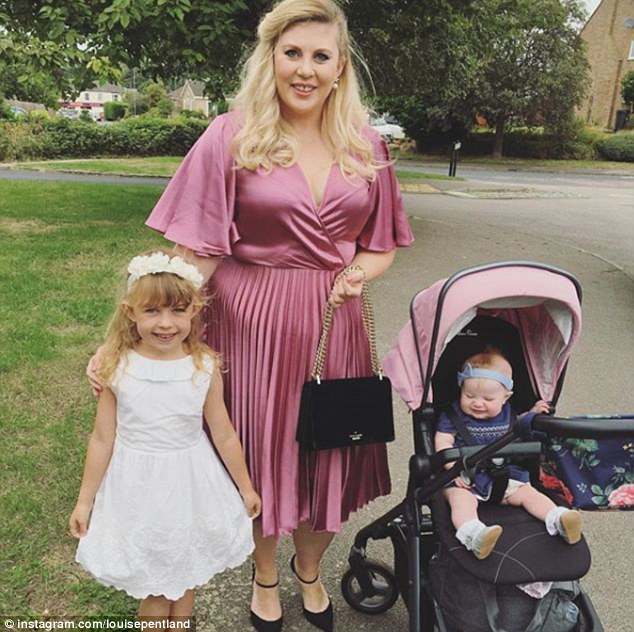 Louise Pentland in a recent photo with her daughters, seven-year-old Darcy, left, and Pearl, seven months: the mother-of-two, 31, says she’s decided to speak out about her first labour to help others and ‘let things out’ 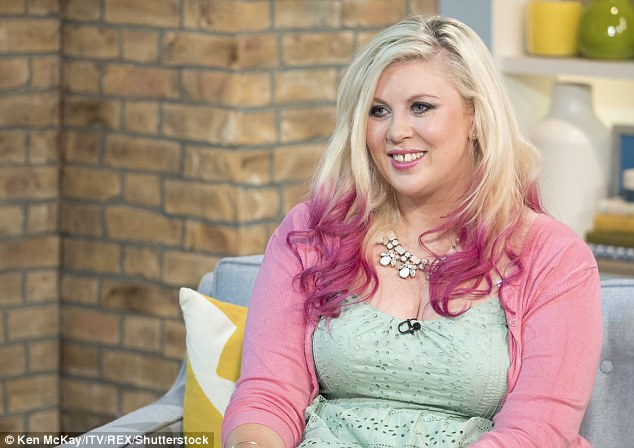 Despite having counselling to help her deal with flashbacks, nightmares and panic attacks, vlogger Pentland suffered for over a year with mental health problems – and says she eventually coped by deciding not to have any more children

Filming while her seven-month-old Pearl was asleep, she revealed how her first pregnancy when she was 24 had been textbook perfect until she was induced into labour after going over her due date.

She explains: ‘The birth experience was really, really traumatic. I was left on a ward for 31 hours of a 36-hour labour with no drugs except for codeine.’

Hoping for a water birth, her medical inducement meant that she had to give birth instead on the labour ward which left her feeling out of control.

She describes the room she was eventually taken to as ‘like a cell’ and says she underwent a stream of internal examinations from multiple midwives which left her feeling ‘dirty’.

After accepting painkiller pethodine, Pentland told viewers that she felt ‘completely off my face on drugs’ and ‘spaced out’.

Darcy was delivered with the help of an episiotomy, a deliberate cut in the perineum – the skin between the vagina and the anus – to help the baby out. 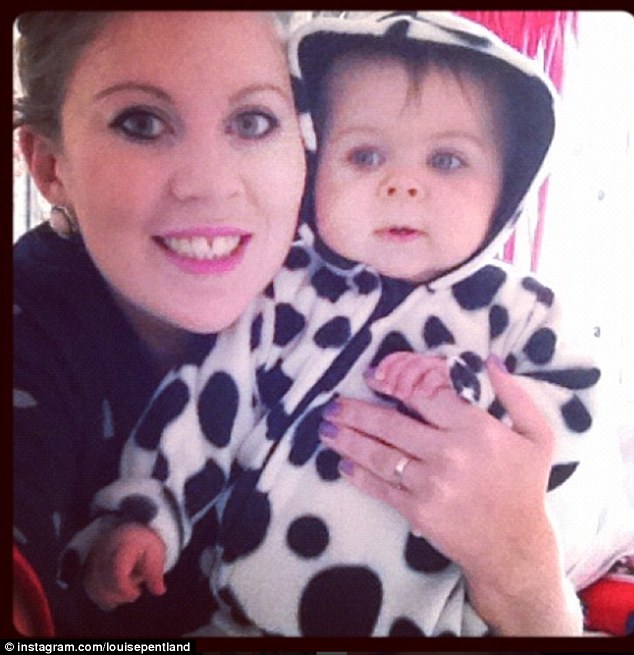 Pentland and Darcy during her first year; the successful vlogger and author says she was plagued by feelings of panic during her daughter’s early months 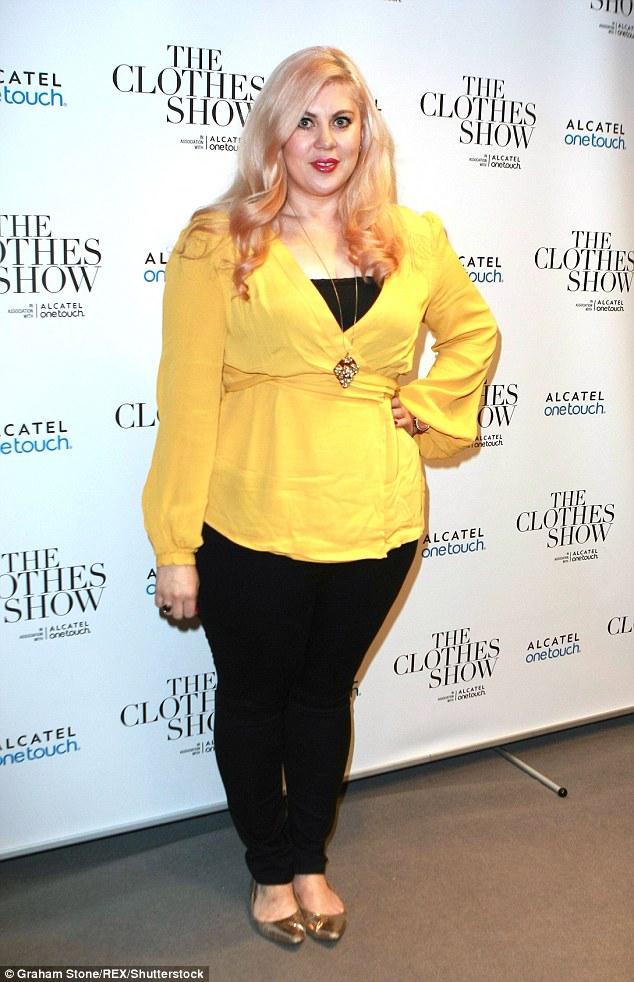 After falling pregnant again at 31 with baby Pearl, Pentland decided to have an elected C-section but was advised to try speaking with a private midwife instead, which offered the reassurance she needed 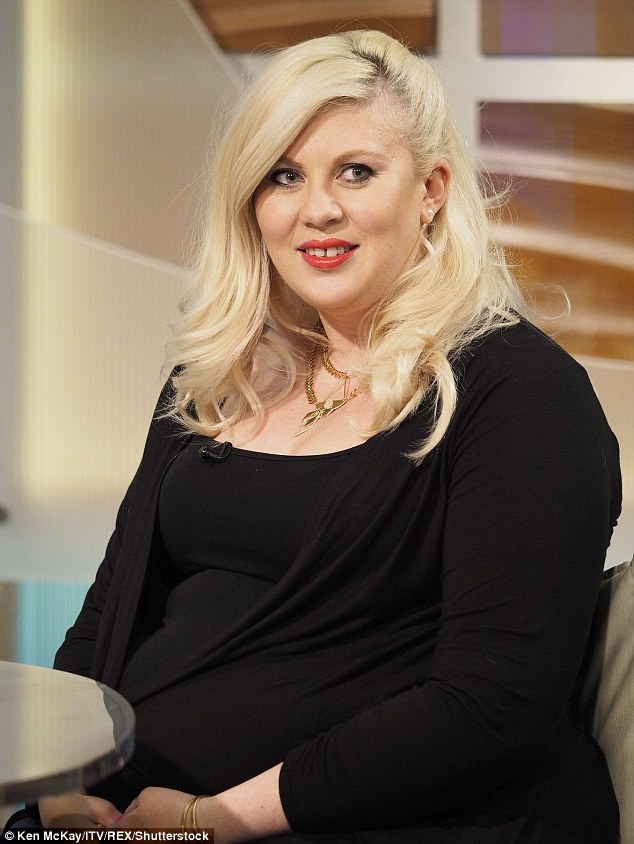 Healing: Going through the notes years later from the traumatic birth with midwives validated her feelings; something that Pentland says helped her reason why things she didn’t like had happened

After she vomited, Pentland says her new daughter was placed on her chest.

However, when the placenta came out, Pentland began losing blood and was quickly put in stirrups while she was stitched up.

After losing 1.5litres of blood, she says she wasn’t taken back to the ward with other mothers for a further eight hours.

Her feelings of vulnerability were made worse when she arrived back on the ward and everyone coo’ed over her new baby girl.

She says in the 30-minute video: ‘Everyone just loved the baby and complimented the baby. Everyone asked “How was the birth?” and I felt like I had to tell this very personal story over and over.’

Close to tears, she reveals that the days that followed left her with flashbacks and in tears ‘all the time’ and exhausted.

Everyone asked “How was the birth?” and I felt like I had to tell this very personal story over and over…

The stream of visitors the then couple had in the first weeks of her daughter’s life also left unable to feel like she could turn them away and spend precious bonding time with her newborn.

She says that while she knew she had to care for her daughter, she didn’t look at her with love during that period, something that she didn’t dare tell others.

Her coping mechanism became the idea that she would never have any more children – something which fell by the wayside when she became pregnant with new partner, Liam.

The story has, says Pentland, ‘a happy ending’ because the fear of going through a similar labour forced her to discuss her feelings with her midwife.

After deciding that a private midwife, Jane, was a good solution because they’re guaranteed to be there throughout the entire pregnancy and labour, Pentland also signed up to a ‘meet the matron’ scheme, which enabled her to go through the medical notes from her labour with a midwife.

The process left her feeling vindicated that it had been a difficult birth and her approach to her second labour took on a more positive outlook.

She gave birth at home and describes the experience as ‘beautiful, calm and relaxed.’